The circle is getting bigger. Again. Bay Area Friendship Circle is holding its annual Walk With Friendship fundraiser Sunday, June 4, and with roughly $85,000 already in the bank, the organization is fast approaching its $100,000 goal.

The fundraising event itself will kick off at 10:30 a.m. at the Gideon Hausner Jewish Day School in Palo Alto, and will feature a kosher barbecue as well as the walk.

The walk takes about 30 minutes and is a short loop that leaves from the school. Once the walk is completed, organizers promise that the barbecue and entertainment — which includes something called an extreme pogo show — will commence. There will also be face painting, a giant slide, as well as “more surprises,” according to organizers.

Friendship Circle’s objective is to help create an environment where youth with special needs and their families experience acceptance and inclusion as contributing members of society. It operates under the Chabad umbrella but is its own independent nonprofit. The organization has grown across the country and around the world, and now has more than 80 chapters.

“Through the work of Friendship Circle, we have created a community that is more inclusive of the special-needs population in our region,” said Bay Area executive director Rabbi Ezzy Schusterman. “The walk is an opportunity for these families to really give back. It’s been transformative for the volunteers and for the community.”

Friendship Circle’s first Walk with Friendship fundraiser in 2010 brought in $55,000, with an attendance of 250.

At this point the organization said it helps 110 special-needs children each year, with the help of about 130 volunteers. Since the local chapter’s  founding, more than 800 Jewish high school students have dedicated Sundays and breaks to volunteer with special-needs kids, which has resulted in a significant impact on youth and in the community, according to Schusterman.

“Friendship Circle has really grown both as an organization, and it has transformed the landscape over the past seven years,” he said. “Nowadays, it’s satisfying to see, on the teen side of things, the impact it’s had on teenagers that have volunteered, and their friends.”

Friendship Circle has also had an impact on Jewish institutions. Jewish Family and Children’s Services now offers services for special-needs children that have “come through the work of Friendship Circle,” Schusterman said.

The teenage volunteers, especially, are often touched by their experience at Friendship Circle. “We had a Shabbat dinner — one of the themes that kept coming up, that the teenagers said, was that [their] ‘lives are transformed,’ ” Schusterman said.

“The main point is that the big transformation, from the beginning until now, is the community as a whole — we now hire teenagers that have gone to college and come back to the Bay Area,” Schusterman said, “and they keep on participating in activities that have gone on [since] they left.” 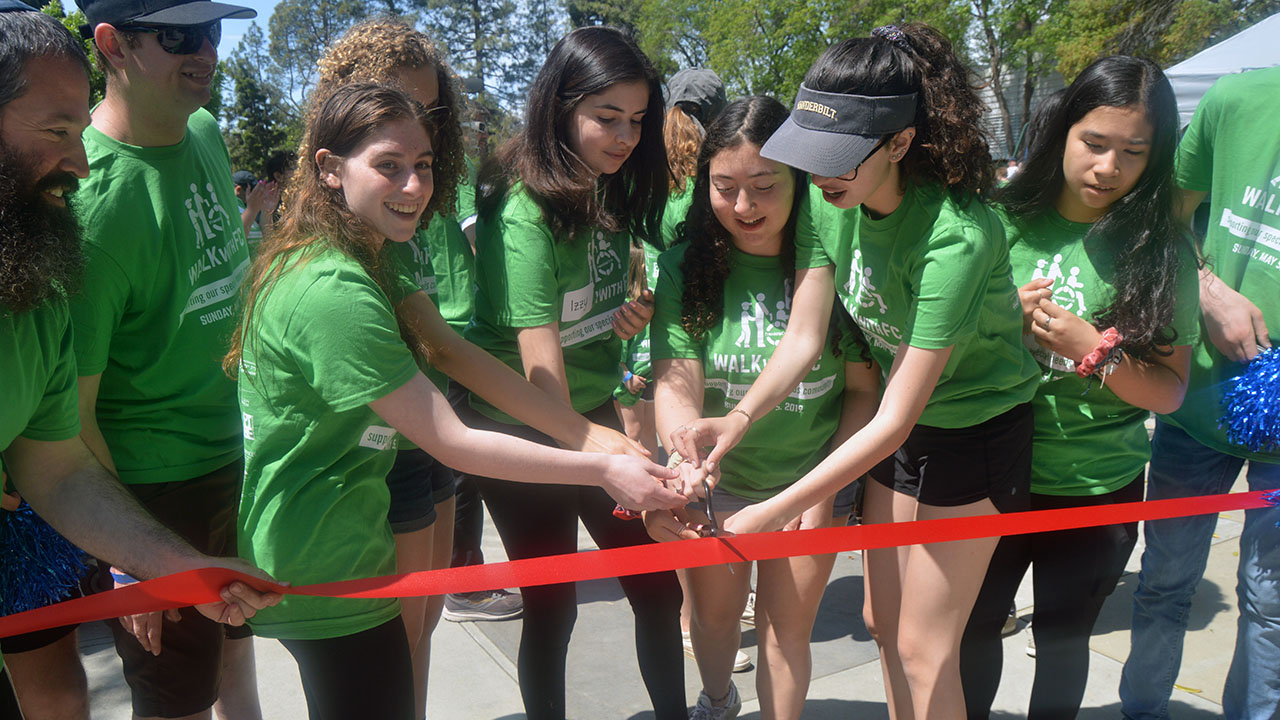