The bands are lined up, the wine is being chilled and the kids’ activities are all planned. Now the Silicon Valley Jewish Music Festival just needs some cooperation from the weather.

The sixth edition of the annual event, which takes place on the athletic field at the Addison-Penzak JCC in Los Gatos, is set for this Sunday, June 11 — two weeks earlier than it was held last year.

“Last year it was like 97 degrees, we were all melting, and walking around handing out water bottles,” said Rabbi Hugh Seid-Valencia, director of community engagement for the APJCC. “We moved it earlier, from the end of June, in hopes that the weather will be nicer.”

The two featured bands this year come from very different parts of the Jewish music world. Boom Pam is a Tel Aviv-based group that plays Mediterranean rock and surf music, while DeLeon is an indie rock band from Brooklyn, New York, that performs Sephardic folk songs and liturgical music in a modern context.

The members of Boom Pam, an unlikely quartet of tuba, guitar, drums and keyboard, have been together for more than a decade and have toured around the globe. Their upbeat sound is expected to get dancers out of their lawn chairs and off their blankets on the grassy field behind the JCC.

Seid-Valencia said it’s no coincidence that an Israeli band was invited to perform in the festival.

“We haven’t always done that and this year it felt like a priority to us because we have a burgeoning Israeli community in the South Bay and this is a way of welcoming them to our space,” he said. “And Boom Pam is just really fun.”

DeLeon’s sound, though different, should also be good for dancing.

The festival celebrates Jewish music and its diversity, Seid-Valencia said. “I think there’s something really powerful to exposing our Jewish community to the variety of Jewish expression that’s out there.

“I think both of these bands kind of push the envelope in terms of being deeply Jewish and really new-sounding.”

The two bands will be preceded by the Pop Ups, a two-time Grammy nominated Brooklyn-based duo that will provide kid-friendly music with its “puppet rock opera” — part of several activities aimed at children, ranging from a KidZone to stands offering ice cream, shaved ice and popcorn. For adults, there will be a beer and wine garden as well as food vendors.

Organizers expect about 2,000 people to attend the festival. 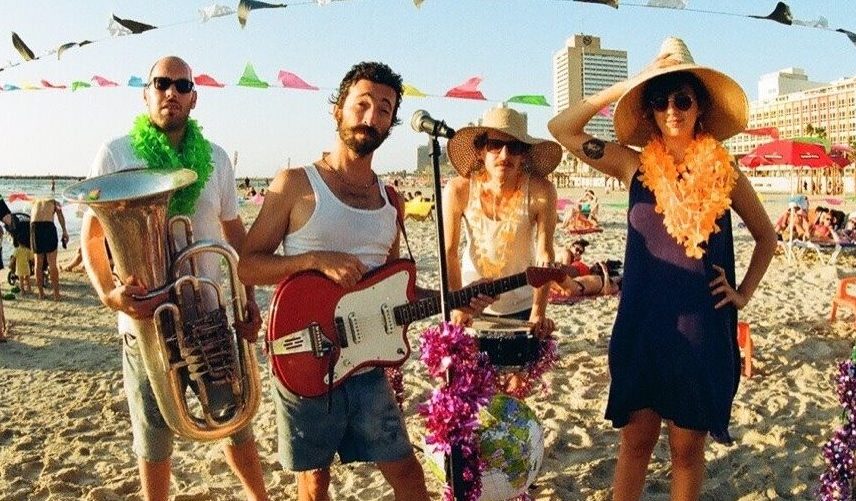