To the strangers he shuffles past on the streets of Buenos Aires, Tadeusz Goldberg is just another elderly man whose best days are far behind him.

Better dressed and more dignified than most, certainly, but not a man anyone would typically engage in conversation.

What they don’t know is that Tadeusz helped build the city’s subway in the 1940s, or that the Polish Jew fought with the Republicans in the Spanish Civil War before that.

Even his godson, who owes his job as a subway train operator to Tadeusz and knows his accomplishments, has no time for the old man and his failing memory. He just wants Tadeusz to remember to take his meds every day so he won’t become a nuisance.

The problem, though, isn’t forgetfulness. Tadeusz hates the pills because they hinder his performance in bed. He’s not quite as far gone as almost everybody thinks.

He adamantly refuses to go gently into that good night, which is a turn of events for a man who was never afraid of the dark.

Argentine writer-director Alejandro Magnone’s touching late-in-life saga — “Subte-Polska” — could be described as an “underground” movie. The drama continually returns to the same subway station where Tadeusz meets up with his godson’s train, but more crucially the film submerges us at key junctures in Tadeusz’s memory.

“Subte-Polska” will make its West Coast premiere in the San Francisco Jewish Film Festival on July 23 at the CineArts at Palo Alto Square. It also will screen at the Castro Theatre and the Albany Twin.

Tadeusz’s career in the subway (known as the Subte in Buenos Aires) and his continued connection to it symbolize the invisibility of older people in contemporary society. It’s also a powerful metaphor for the ongoing burial of the past; in this case, the contributions of European immigrants to Argentina (an émigré from Polska, which means Poland in Polish).

Mind you, not everyone in “Subte-Polska” is eager to pave over and push out the legacy and wisdom of distant generations. The 20-something members of the chess club where Tadeusz reigned as a grandmaster treat him with affection as well as respect.

Ultimately, they are the ones who honor his memories and become his accomplices when Tadeusz (played by Hector Bidonde with a mix of irascibility and regret) is given the opportunity to connect with his past. As you might expect given the importance he attaches to his libido, it involves a lover he left many, many years ago.

A young and brave idealist, Tadeusz journeyed from his native Poland to fight in the Spanish Civil War. Seeing no safe prospects in Nazi-threatened Europe, he heads to Argentina, leaving behind his family and the girl he loved.

Was that a cowardly act, or a sensible one? Would the road not traveled have been happier, as well as more honorable?

“Subte-Polska” is often at its best when Magnone gives us glimpses of the younger Tadeusz. (The director carefully reserved a chunk of his modest budget for the flashbacks to Spain and Poland.)

The film succeeds in making a connection between the Spanish Civil War (1936-1939) and the Holocaust, which are rarely linked in movies. Because the emphasis never wavers from the lives of everyday people, the film doesn’t feel like it’s straining to make global political pronouncements.

Where the film stumbles, though, is in the relationship between Tadeusz and his godson. Every interaction seems to devolve into the same argument about the elderly man’s refusal to take his pills, which becomes wearisome.

That said, Magnone turns their final scene together into the movie’s emotional climax.

For all its historical resonance, “Subte-Polska” is a feel-good fantasy that aims to inspire us to live every moment of our lives to the very end, and on our own terms. If that message finds more welcome ears among grandparents than grandchildren, so be it. 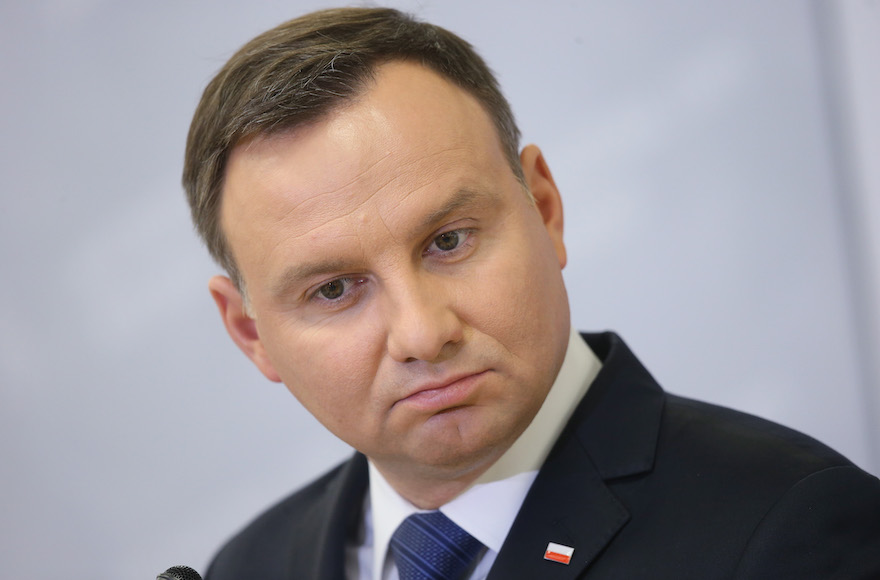