At a United Synagogue Youth convention around 10 years ago, Talia Salzman was sitting on her best friend Frank Schiff’s lap, when one of their counselors joked, “You guys are going to get married someday.”

The two teens had known each other since elementary school. They met as students at Yavneh Day School in Los Gatos, when Salzman was in fourth grade and Schiff was in second; she had made fun of him by calling him “Frankenstein.”

Later, during their middle-school-year bus rides from the South Bay to Gideon Hausner Jewish Day School in Palo Alto, they became close friends. But it was strictly platonic: Salzman was two grades ahead of Schiff, and was beginning to date.

So even though Schiff did harbor some feelings for his friend that could be described as romantic, their mutual response to the USY counselor was, “No way!”

Schiff, 26, from San Jose, is an account executive at Quantcast, an internet marketing firm. Salzman, 27, from Saratoga, is a doula and Lamaze instructor. They live in Alameda.

The two remained close throughout high school, mostly through USY, and through most of college (though there was a two-year period when they weren’t in touch at all). So when Schiff reached out after a long absence, Salzman was overjoyed to hear from him. When they were on breaks from college, they’d see each other; often Salzman would have parties and invite Schiff and whoever was his girlfriend at the time.

But things took a turn when Salzman was home from grad school and Schiff home from college. She was recently out of a three-year relationship, and as soon as she saw Schiff, she noticed something different: She no longer saw a boy; she saw a man.

They stayed up talking until 4 a.m. The same thing happened the next night, and the next.

“We had never hung out together in our 20s as single people before, so on that first night, there clearly was a different vibe in the air,” said Schiff. And “while we could have broken the friendship barrier, we had been friends for almost 15 years. I didn’t want to go back to college and not see her for another extended period of time. The timing wasn’t right.”

By the time they returned to their respective schools, they were falling in love — even though they hadn’t even shared so much as a kiss.

It wasn’t hard for me to picture our lives together after that weekend.

On Valentine’s Day 2013, when she sent him a text wishing him a happy one, he joked about someday putting a ring on it.

That summer, Salzman was planning a trip to Israel to attend a friend’s wedding, and told Schiff she was going to stop to visit him in Baltimore (where he was attending Johns Hopkins University) on her way back.

Several hours after her arrival, he asked if he could kiss her. “It wasn’t hard for me to picture our lives together after that weekend,” he said.

“Frank is the person that makes me feel like the world is a good place and that it’s so important to be a good person,” Salzman said. She also appreciated how when he saw she was unhappy working a corporate job, he encouraged her to do what she’s passionate about, which meant becoming a doula.

“Talia has always struck me as very genuine and a good-hearted person,” said Schiff (whose uncle is Adam Schiff of Burbank, the ranking Democrat on the House of Representatives’ Intelligence Committee). “She’s really funny and down to earth and able to talk endlessly. Of course I’m attracted to her beauty, but at the core of our relationship is our deep friendship, and that binds me to her for life.”

Both felt they should live and travel together before marriage, so after a year of living together, they planned a trip to Costa Rica for the fall of 2015.

Before leaving, Schiff visited Salzman’s parents to ask for their blessing; he brought along a cubic zirconia ring (not wanting to risk losing a diamond) on the trip.

On their first day, while admiring Arenal, a live volcano, Salzman was so busy photographing it that she was caught totally off-guard when she turned around to find Schiff on bended knee.

They married March 26 at Congregation Beth David, with a reception at the San Jose Women’s Club.

Rabbi Philip Ohriner asked both sets of parents to give the couple a special blessing, which they did between the ketubah signing and the ceremony.

The reception was marked by a flash mob that the bride had planned and choreographed (she spent much of her bachelorette’s weekend teaching it to her friends) — surprising the groom — and a slideshow not only featuring slides of them as children, but as children together. 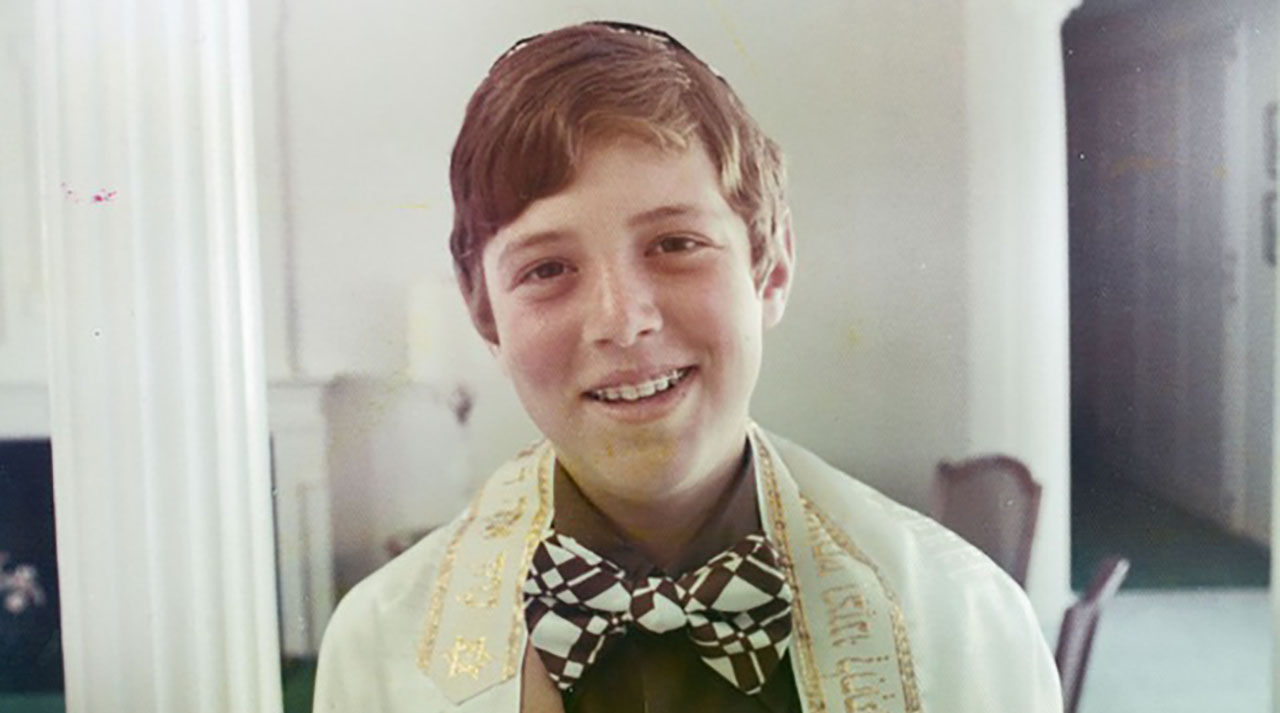