Larry Rosen: Let’s talk about Radiohead, shall we? They [recently played] in Israel, and the latest celebrity to support Radiohead for playing in Israel is … ?

LR: A very gnome-y Michael Stipe, sporting a beard down to his chest.

EG: I saw the beard and thought, “Of course you’re with the Jews.”

LR: He looks like Mel Brooks as the 2,000 Year-Old Man. Here’s the problem: Mike is with Radiohead here, but his explanation is that he “hopes this sparks a dialogue to bring the occupation to an end.” That’s a lukewarm endorsement.

EG: What these celebrities are saying is, “We’ll play in Israel but we don’t endorse Israel’s policies. We just don’t think a cultural boycott serves our interests.”

EG: It’s smart business. How many of those English artists made their fortunes selling records in the U.K.? The U.K. isn’t a large enough market …

LR: … to get them to the point where they become millionaire blowhards like Roger Waters.

EG: They all made their fortunes in the U.S. They came here in the ’60s, and what was going on? We had segregation, the Watts riots … they saw it first hand. They came, they made political statements, but they still came and made money.

LR: So Radiohead [proceeded with the Israel show] as if they were “activist artists” from the ’60s?

LR: But here’s the thing that bugs me: Radiohead [plays], Mike Stipe supports them, but nobody is coming to the defense of Israel.

EG: Why should they?

LR: If Roger Waters is running around comparing Israel to Nazis, saying it’s “the most brutal regime in the world,” someone’s got to call him out because that’s actually factually incorrect.

EG: I see two things here. On the one hand you’ve got Roger Waters saying Israel is like Nazis. Go ahead, say whatever you want.

LR: I wouldn’t mind laying that guy out. But he probably knows karate. All of those old ’60s guys learned karate. They wanted to be like Elvis.

EG: (ignoring Larry) If Roger Waters says “don’t play Israel” and tries to get you to respect his boycott, your response is to explain why you don’t respect the boycott. You don’t have to address his other views. You don’t have to defend Israel. All you have to do is say “I don’t believe in cultural boycotts.”

LR: It would be nice if they said, “I don’t believe in this cultural boycott.”

EG: But they’ve got to be careful.

LR: Is this exclusively an English thing? I ask because …

EG: Guns N’ Roses is different. They’re bad-ass. And Slash is a Hebrew.

LR: His hair. OK, but I was wondering: Why [wasn’t] anyone telling Axl Rose that he can’t do this? Relevance? Who cares about Guns N’ Roses?

EG: He does not! He’s an old man! Listen: When the Angels of Death Metal played in Israel, it was major.

LR: Did anyone threaten them?

EG: It was Roger Waters! He says, “Think of the statement you’re making,” and the guy on stage says, “I don’t know what he’s talking about. This is great!”

LR: That’s the response I want.

EG: Rock stars have a great time playing Israel. I saw Iggy Pop there and he said, “This is the greatest place. Great looking girls, great beer …”

LR: I think there’s something wrong with Roger Waters.

EG: Find me the racist content in the writings of the original Zionists, Roger! Show me the plan to invade neighboring countries! It didn’t happen. Roger Waters is lying!

LR: And probably in a very calm voice, which is annoying. Dude is obsessed, and that calm voice isn’t fooling anyone.

EG: And he’s very, very popular. He’s chosen Israel to be his thing.

LR: Terrible for the Jews. Toss those Pink Floyd albums, Jews; replace them with Radiohead. Even the later albums that don’t have guitars on them. 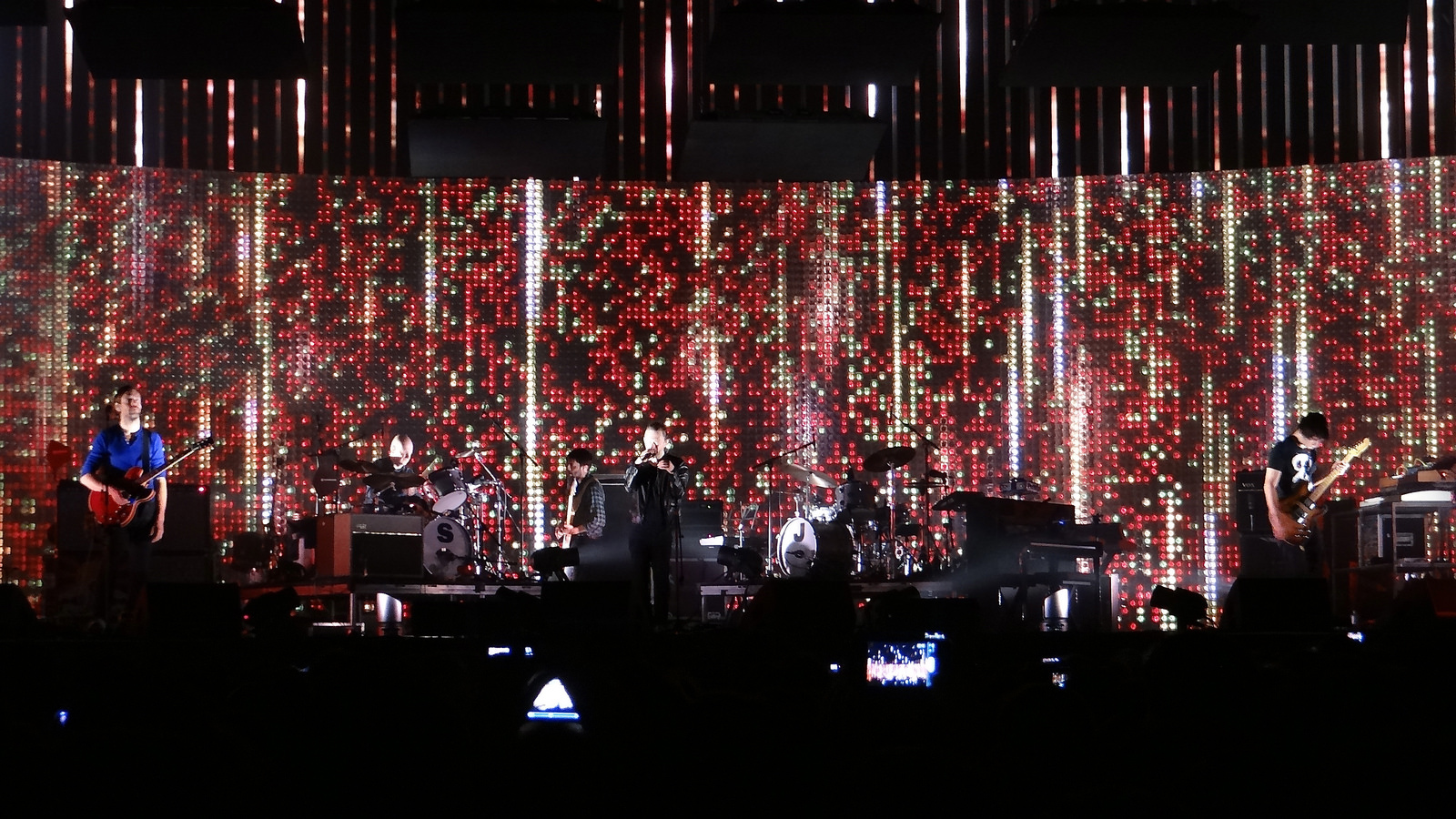 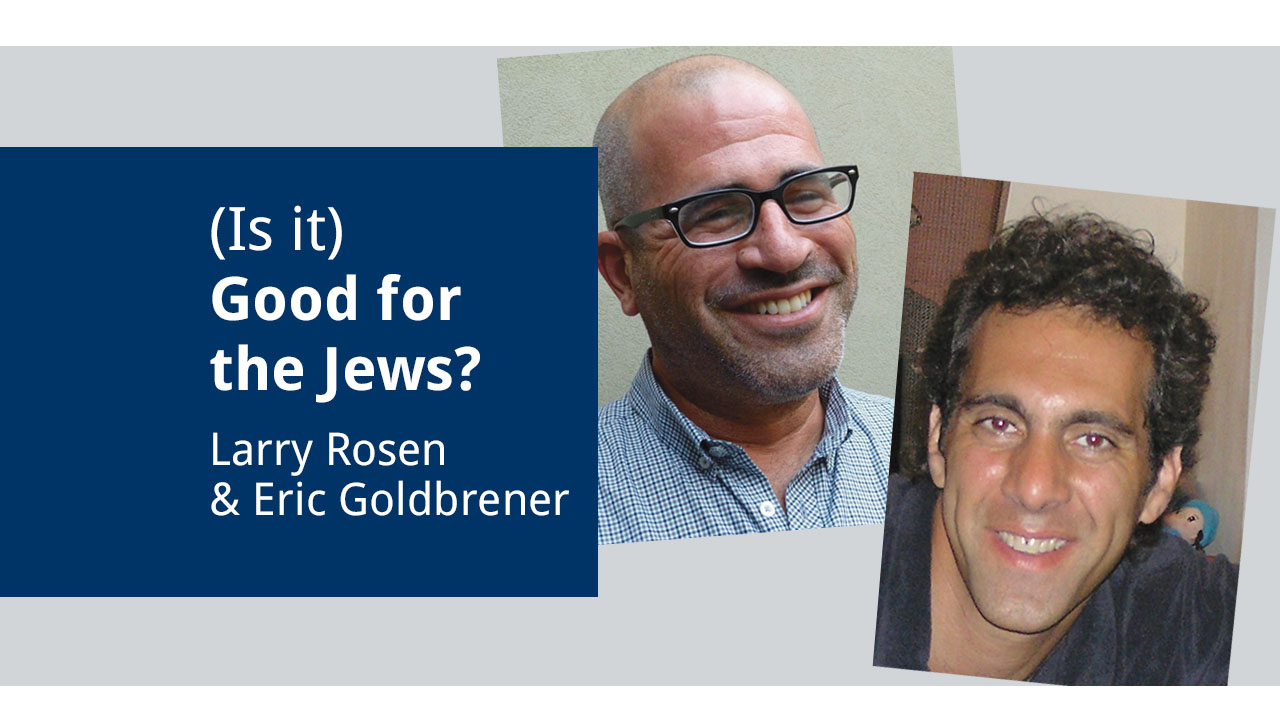 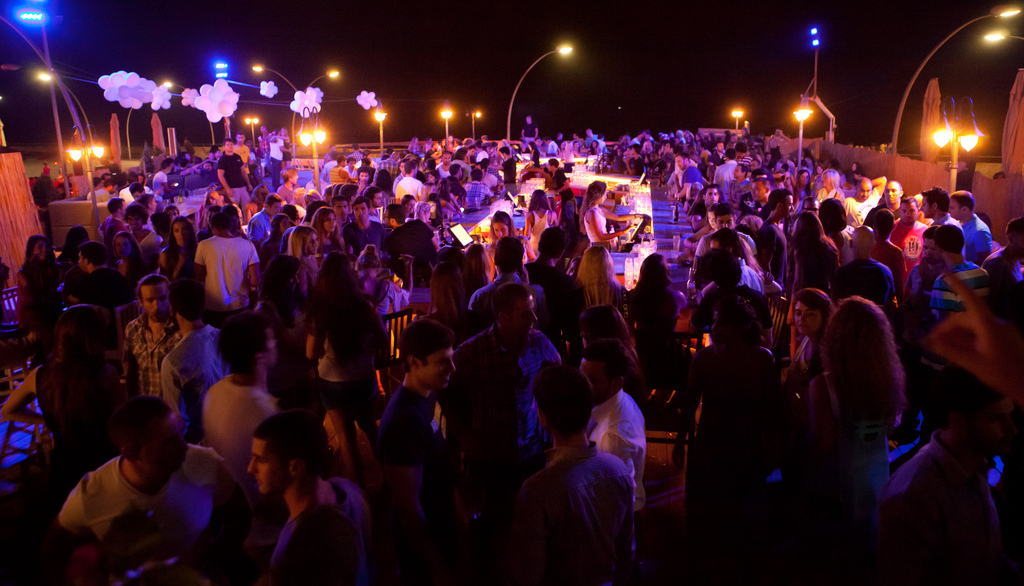