J. Senior Editor Sue Barnett traveled to Poland in June with the Jewish Federation of the East Bay and the S.F. Federation’s Young Adult Division. She documents the experience in a series of reports.

Lodz, Poland — From the time he was a boy growing up on a chicken farm in Connecticut, Piedmont resident Moses Libitzky knew that his parents were from Lodz, had survived the Holocaust and had suffered unthinkable losses. But as in many survivor families, nobody really talked about it.

The parents didn’t want to burden their three children, and the children didn’t want to ask questions that would pain their parents. The second generation was spared the traumatic details but still carried the weight of their sorrow.

“I heard some of it, you could hear them having conversations with their friends in Yiddish, but they didn’t talk to the kids at all,” said Libitzky, 70, a philanthropist and real estate investor. “You can’t understand the story in little bits and pieces, and I never really put it together.”

Only when his parents started to open up could he and his two sisters begin to comprehend the whole story. But it took 40 years after the war before Eva and Martin Libitzky were able to recount the most devastating time of their lives, and their son was in his 30s before he was ready to embrace the family history as his own.

Now the whole world is getting to know the story, too.

“Out on a Ledge” is Eva Libitzky’s deeply moving memoir, first published in the U.S. in 2010; the Polish edition came out last month. A book-release event was held June 28 in Krakow, Poland, where a popular Jewish Culture Festival is held each summer.

Eva was only 16 when her world collapsed. For nearly six years she endured the Lodz Ghetto, Auschwitz and a slave-labor camp, relying on her wits, courage and sheer will to live. She was the only survivor in her entire family.

The memoir, co-written with Bay Area historian Fred Rosenbaum, opens with Eva’s idyllic childhood in Lodz within a close-knit Hasidic community. It also describes the trying times after the war when the family started over in America, including more than 10 grueling years in the chicken farming business.

Eva didn’t want to do the book. She had to dredge up memories that were far too painful. She cried every night. She wanted to stop. But her son Moses said no, keep going. Your story, our story, has to be told.

His insistence has driven the family forward for decades, ever since his parents did their first full interview with psychiatrist and survivor Dr. Dori Laub at the Yale University Library in 1982. As draining as the experience was, it released something in Eva, showing her to be a compelling storyteller with remarkable recall for details.

The next year, when the couple decided to attend the American Gathering of Jewish Holocaust Survivors and Descendants in Washington, D.C., Moses and his sisters, Anne and Ellie, said they wanted to go, too.

“That’s when the family conversations really started,” he recalled in a recent interview. “There was a greater willingness by them to talk about it and us to ask questions about it.”

Soon after, he said, “I decided I wanted to go back and see my roots, to where my parents are from, to put ‘flesh on the bones,’ to connect these stories.”

His first trip to Poland, with his parents and one of his sisters, was in 1990. He’s been going back ever since.

The most recent visit was in June when he headed a group from the Jewish Federation of the East Bay. Participants on the trip, partially subsidized by the Taube Foundation for Jewish Life & Culture, included several people with survivors in their family and one, Riva Berelson, whose father also survived the Lodz Ghetto (see related story, “A Lodz family’s musical legacy”).

Together the group went to see the apartment building where Eva spent her happy first 16 years, where her father ran a grocery store and her mother created a beautiful Jewish home. The next tour stop was the site of “the most impenetrable ghetto in Europe,” where Eva and Martin lived in wretched, desperate conditions with their relatives, many of whom did not make it out alive. More than 200,000 Jews were packed into the ghetto, which became a manufacturing hub for German industry. No more than 15,000 survived.

Abutting the ghetto boundaries is the Jewish cemetery, Poland’s largest, today overgrown and its tombstones in disrepair. Several of Eva and Martin’s family members are buried among the 180,000 dead. The East Bay group said Kaddish at the graves of Eva’s grandfather Abraham Katz, father Shlomo Gerszt and uncle Yankel Katz.

At the June release party for the Polish edition of her memoir, Eva, 93, appeared via Skype from her home in Florida, her image projected on a screen inside a hall packed with admirers.

The connection wasn’t working very well. “Mom, can you hear me?” Moses kept asking as she kept leaning in closer to the computer, smiling the whole time. “Hit your mute button, you’re breaking up!” The back-and-forth exchange between mother and son was a charming interlude in a day otherwise filled with sober reflection.

Knowing the stories and seeing where they happened have helped Moses Libitzky connect deeply to his history. He has helped others do the same, leading several trips in recent years to Lodz and other Jewish heritage sites in Poland where Bay Area residents have roots.

Moses and his wife, Susan, also support related cultural initiatives, such as the “Field Guide to Jewish Lodz,” just published by the Taube Center for the Renewal of Jewish Life in Poland. It features four walking tours and outlines the history of this once-bustling industrial city. While only a few hundred Jews remain, they run a community center, synagogue, mikvah and kindergarten.

Moses Libitzky’s experiences in Poland have been so rewarding, he said, that in 2013 he arranged a family trip for 17 relatives, including his mother (his father, Martin, died in 2012). It was time to pass the legacy forward to the next generation and for Eva, then 89, to see the renaissance of Jewish life in Poland, from Warsaw to Krakow to Lodz, that has taken place since her first trip more than 20 years earlier.

“We persevered,” Eva reflects in her memoir. “Hitler, you did not succeed. You left only a tiny remnant, an ember, but we raised families, and our children raised families. As the famous hymn of resistance written in the Vilna Ghetto puts it, ‘We are here.’” 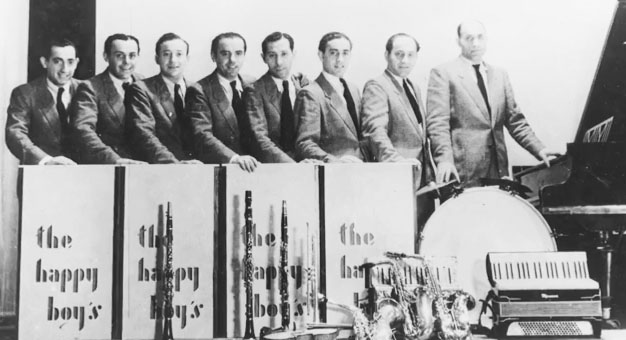