After he hired three van drivers to load their vehicles with aid supplies and drive him and his crew from the San Juan airport, Eli Rowe felt his humanitarian mission was off to a good start.

Gas was scarce in Puerto Rico, but now all the food, medicine and hygienic supplies he had flown over from the mainland was making it into the Caribbean island’s capital.

Then he laid eyes on the city. It was devastated.

“We saw sheer destruction everywhere,” said Rowe, the CEO of Jet911, a service that arranges emergency medical flights. “Roofs were off, buildings were destroyed, houses were destroyed, there was flooding in the middle of the street, stores were abandoned.”

Rowe’s crew of 12 paramedics and emergency medical technicians was one of a few Jewish aid missions trying to help Puerto Rico begin recovering from the impact of Hurricane Maria, which hit the island directly last week. The storm created what aid workers and residents describe as a post-apocalyptic scenario: Power is out for much of the island, cellphone service is hard to find, gas is even more scarce and food supplies are dwindling. Roads are crumbling. Hospitals are on the brink.

On Thursday, President Donald Trump waived a law called the Jones Act, allowing international aid shipments to offload on the island. FEMA has more than 600 workers on the island, a U.S. territory with 3.4 million residents.

Puerto Rico’s Jewish community of 1,500, living mostly in San Juan, has largely been spared the worst of the damage, says Diego Mendelbaum, community director at the San Juan Jewish Community Center, which shares space with a Conservative synagogue. The city is also home to a Reform synagogue and a Chabad.

The JCC’s fence and two of its gates were knocked down and its roof sustained damage, but it fared much better than synagogues in Houston, which were ruined last month by Hurricane Harvey. Even so, the synagogue canceled services on the first day of Rosh Hashanah, when the storm hit.

Mendelbaum said the Jews’ homes — like those of their San Juan neighbors — avoided destruction because their buildings are built with concrete and other reinforced materials. But the community is still suffering, he said, from the same lack of power, fuel and infrastructure as the entire island. Mendelbaum said it could take 14 hours to get gas and six hours waiting in “eternal lines” to buy food at one of the few functioning supermarkets.

“Everyone has difficult problems here,” he said. “There’s other people whose buildings don’t have a power generator, or they did have a generator but it broke. Other people have to go up and down stairs and can’t do it. People are trying to leave the island.”

With the Jewish community’s buildings intact and population healthy, its members have turned to helping more vulnerable neighbors. The JCC had collected supplies to help the Virgin Islands recover from the impact of Hurricane Irma earlier this month, then took the surplus it had stored and distributed it among shelters in San Juan.

Jewish volunteers distributed clothing, canned food and 2,000 gallons of water from the JCC’s cistern. In one instance, Mendelbaum saw twin babies sleeping on the floor of a shelter and brought them cribs.

“That was a drop in the bucket,” he said. But for their mother, he added, “it was lifesaving.”

IsraAid, the Israeli disaster relief group, sent a team of five that is stationed in Haiti. The team landed Tuesday in San Juan and is focused on providing physical and psychological first aid and distributing filters that can purify contaminated water.

The workers are also distributing food and training local social work students to provide post-trauma care. But the filters, said team leader Natalie Revesz, might make the biggest difference, as they have a capacity of 400 gallons a day and can make public canal water drinkable.

“They were shocked that I was drinking dirty water from their buckets,” Revesz said.

Rowe, who also volunteers in New York for the Jewish paramedic service Hatzalah, received a call for aid on Sunday. He’d already gone on missions to Houston and the Florida Keys following the recent natural disasters there. He and his team spent Sunday night gathering food and medical supplies, and obtained a large private plane, free of charge, from Ralph Nakash, a fashion mogul who also went on the aid mission with two of his sons.

The team dropped supplies at the San Juan Chabad, then drove around the city distributing to Sanjuaneros of all religions everything from pita bread to toothbrushes to Tylenol. At one point, Rowe went door to door giving out food and cases of water.

Though he is proud of the work his volunteers have done, he could see that difficult days remain ahead.

“For us to bring a ray of light was really humbling and a beautiful experience,” he said. “At the end of the day, we’re going back to our homes with a roof over our head, and these people could be for weeks or months without electricity or food.” 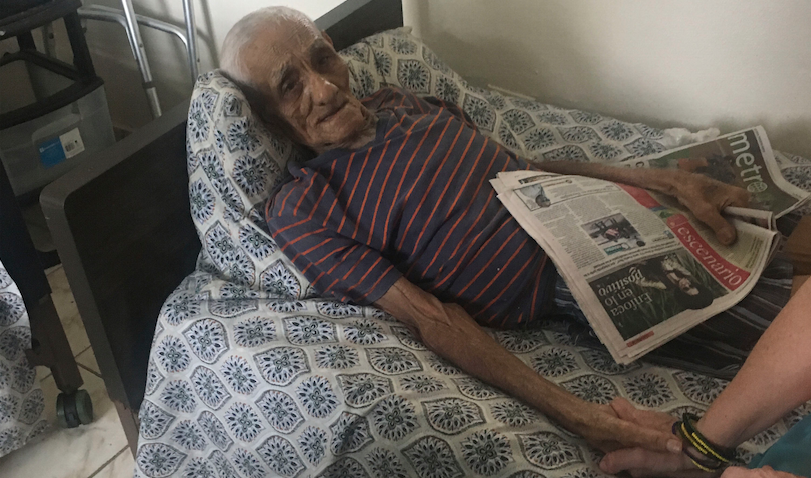 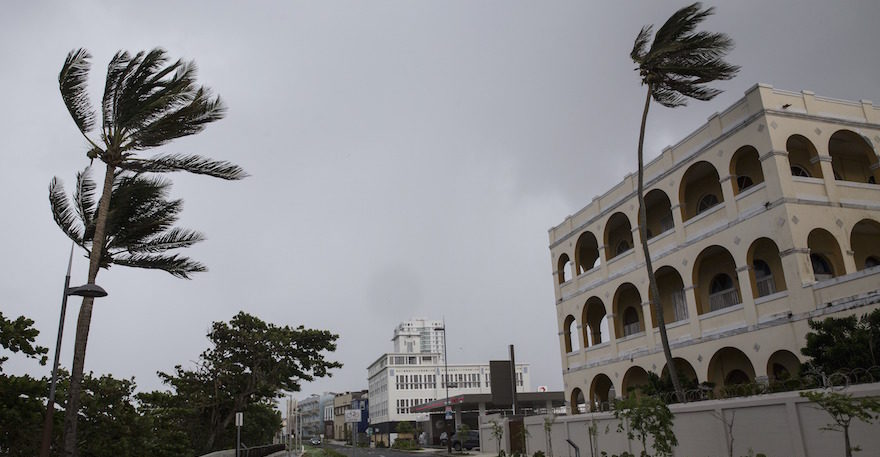 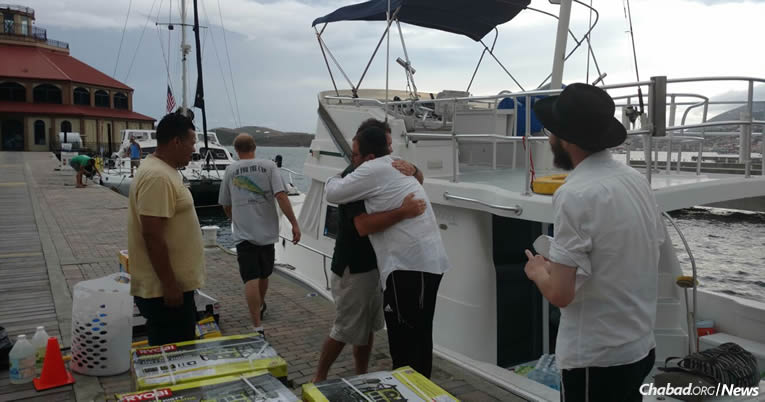 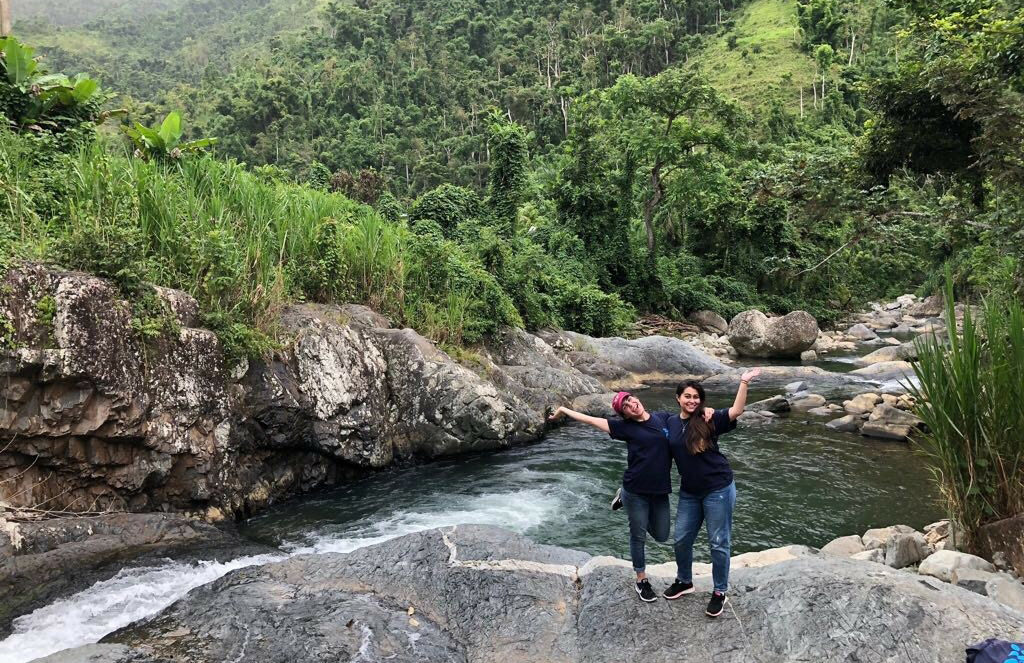