Are Hamas and Abbas headed toward reconciliation in Gaza?

The Trump administration is encouraging the Palestinian Authority to assume control of the Gaza Strip and leaving the door open for a role for Hamas in the subsequent Palestinian government.

Such a move was once seen as a traditional predicate to a two-state solution. But now top Palestinian leaders are hedging their bets, saying they would not rule out a one-state solution in which Palestinians have the same one-person, one-vote rights as Israelis. Israeli leaders have long said that would mean the end of the Jewish state.

It was a visit twice blessed by the Trump administration, first through a statement last week by the Quartet (the grouping of the United States, Russia, the European Union and Russia that aims to guide the peace process), and again Oct. 2 with a statement from Jason Greenblatt, Trump’s top international negotiator.

“The United States welcomes efforts to create the conditions for the Palestinian Authority to fully assume its responsibilities in Gaza, as noted in the Sept. 28 Quartet statement,” Greenblatt said in a statement he posted on Twitter.

While this week’s P.A. visit to Gaza is only for several days, Husam Zomlot, the PLO envoy to Washington and a top Abbas adviser, anticipated a consolidation of the Palestinian Authority presence there. The visit was brokered by Egypt, a key U.S. and Israeli ally.

Zomlot, speaking Oct. 2 to reporters in Washington, said that Hamas dissolved its governing body last week, and that the P.A. is expecting Hamas to formally hand over governance of the strip this week. The final stage, he said, would be elections.

A signal of the White House’s seriousness is the likelihood that Hamas will continue to play a role in governing the strip. President Barack Obama, heeding Israeli concerns, had rejected any role for Hamas in Palestinian governance, and Netanyahu has said repeatedly it would be a deal-breaker.

Now, however, careful phrasing by U.S. and Palestinian officials strongly suggests that Hamas will not fade into the night. Zomlot called the changes in Gaza “the return of the consensus government,” the joint Hamas-P.A. venture that existed uneasily in 2006-07 and infuriated the administration of George W. Bush.

Greenblatt, in his statement, raised concerns about Hamas, a State Department-designated terrorist group, but in language vague enough to accommodate a Hamas role.

“Any Palestinian government must unambiguously and explicitly commit to nonviolence, recognition of the state of Israel, acceptance of previous agreements and obligations between the parties, and peaceful negotiations,” Greenblatt wrote.

That elides over earlier Israeli demands that not just a Palestinian government, but all of its components, must renounce violence and recognize Israel.

Netanyahu, speaking Oct. 3 to a Likud party meeting in the West Bank, maintained — at least in part — a tough line on the terms of a reconciliation acceptable to Israel. He said Hamas must be disarmed, but did not count out explicitly keeping Hamas figures within the Palestinian Authority bureaucracy.

“We expect everyone who talks about a peace process to recognize the State of Israel and, of course, to recognize a Jewish state, and we are not prepared to accept bogus reconciliations in which the Palestinian side apparently reconciles at the expense of our existence,” Netanyahu said in Ma’ale Adumim, a settlement of 40,000 located just east of Jerusalem.

“Whoever wants to make such a reconciliation, our understanding is very clear: Recognize the State of Israel, disband the Hamas military arm, sever the connection with Iran, which calls for our destruction, and so on and so forth. Even these very clear things must be clearly stated,” he said.

Without mentioning the two-state goal, Greenblatt’s statement nevertheless called on any Palestinian government to abide by “previous agreements.” These would presumably include the 2003 “road map” that was to have culminated in Palestinian statehood.

“We cannot travel a journey without knowing a final destination,” he said.

Zomlot referred to Trump’s news conference with Netanyahu in February, when the president said, “I’m looking at two-state and one-state, and I like the one that both parties like.”

From the launch of the Oslo process in 1993 until now, Palestinian Authority officials have spoken of a one-state outcome only in pessimistic terms, casting it as a dystopia engendered by a failed process.

Last month, addressing the United Nations General Assembly, Abbas — in a first for a Palestinian leader — said that if the two-state option collapses, Palestinians could embrace one state. It would not be a predominantly Jewish state covering Israel and most of the West Bank, an outcome popular among the Israeli right, but a binational state in which West Bank and Gaza Palestinians have full rights as citizens.

Abbas warned in his U.N. address that in the failure of a two-state solution, “neither you nor we will have any other choice but to continue the struggle and demand full, equal rights for all inhabitants of historic Palestine. This is not a threat, but a warning of the realities before us as a result of ongoing Israeli policies that are gravely undermining the two-state solution.”

Zomlot expanded on the one-state possibility at his news briefing Oct. 2. “As long as we mean one man and one woman, one vote, we are fine with this,” he said, adding, however, that the two-state solution “remains absolutely the best option.” 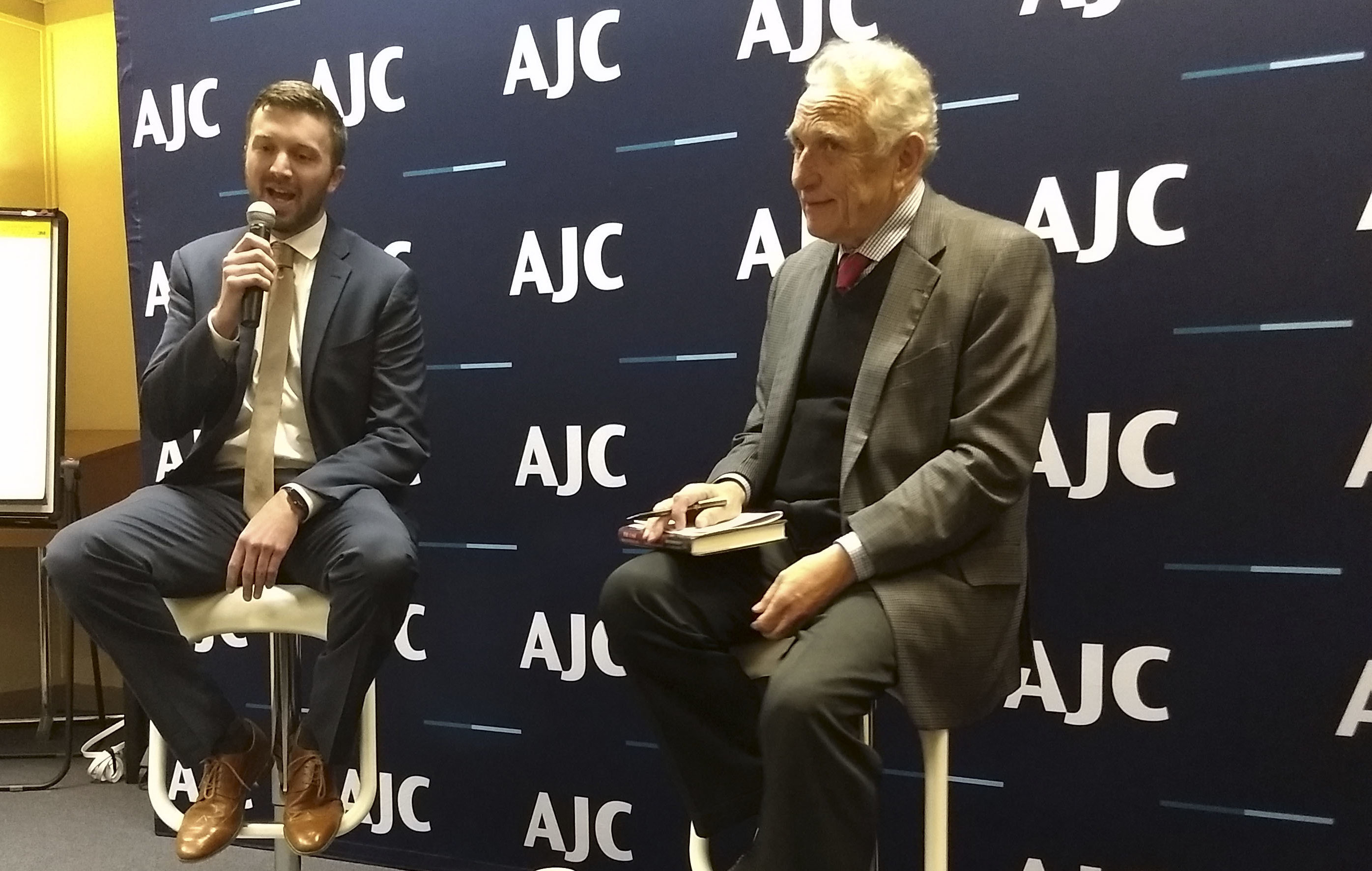 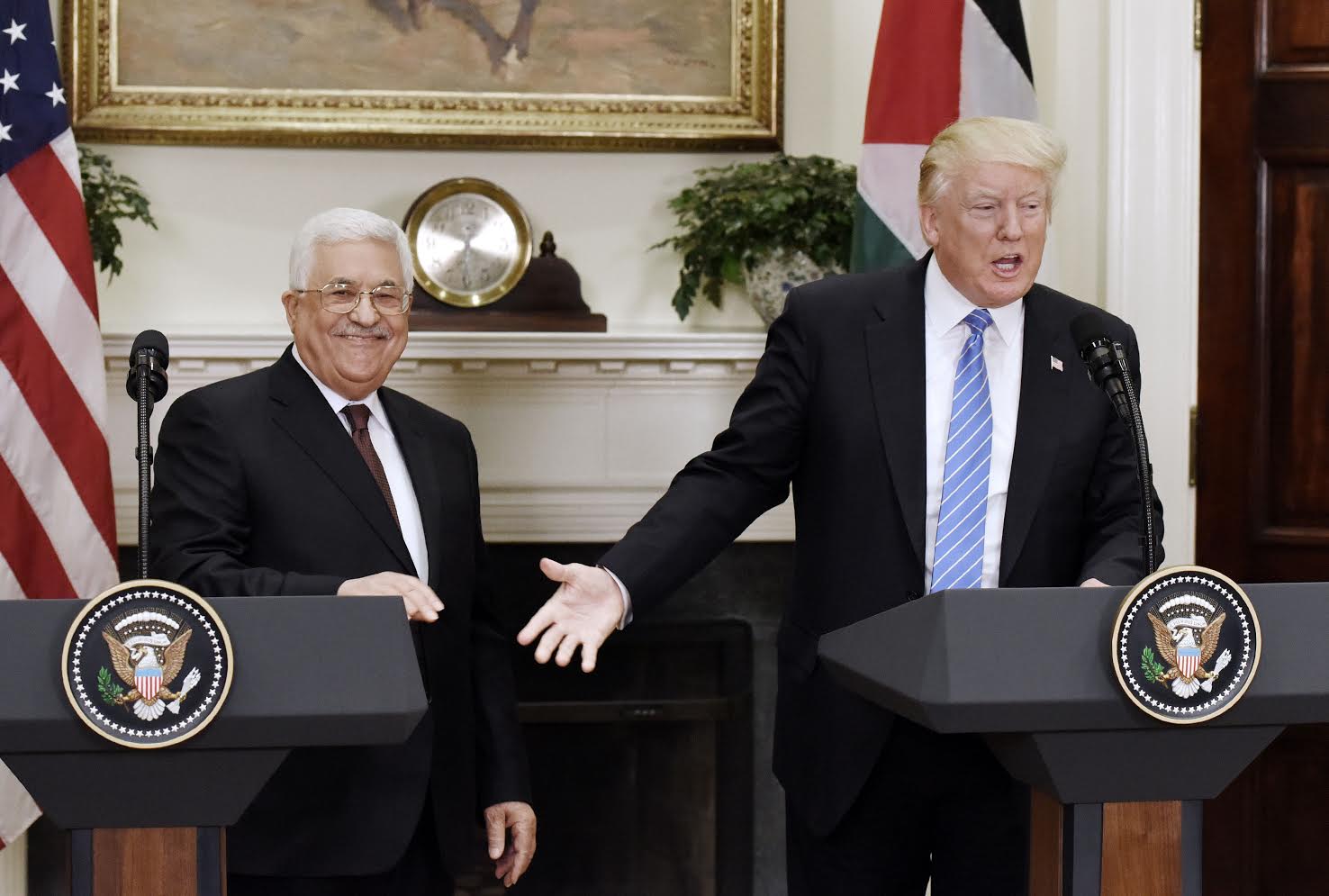