Atherton residents Dr. Gladys Monroy and her husband, Larry Marks, have donated more than $6 million to establish a center for brain research at the Weizmann Institute of Science in Rehovot, Israel. The new center will help scientists studying age-related disorders such as Alzheimer’s and Parkinson’s.

“We believe they can make an enormous contribution,” Monroy said.

The gift is just the latest step in a long relationship between the couple and the Weizmann Institute. Monroy first heard about the institute when she was a postdoc in biochemistry in Israel in the mid-1970s. Back in the United States, the couple eventually joined the American Committee for the Weizmann Institute of Science, which fundraises in the United States. They have been co-chairs for the Bay Area region since 2012.

“A lot of people just don’t know the remarkable work the Weizmann does,” Marks said.

For Monroy and Marks, the ambitious goals, cross-disciplinary research model and lack of pressure on scientists to produce instant results makes the Weizmann Institute special.

Marks said he “got the sense from people working there that this was far more than a job.”

The Weizmann Institute is an elite research institute, prominent in a range of disciplines but particularly known for its advances in health and medicine, including cancer research and personalized medicine.

“What’s unique about the Weizmann Institute is that it’s a culture of collaborative curiosity,” said Marshall Levin, CEO of the American Committee.

In keeping with the focus on collaboration, Levin said Monroy and Marks’ gift won’t be creating a physical place, but rather a structured way to bring together research that touches on various elements associated with research on the brain.

Monroy, a biochemistry Ph.D., is a patent and intellectual property attorney and was a senior partner at the Palo Alto law firm Morrison & Foerster, where she regularly worked with biotech companies. Marks, a real estate agent, previously worked in biochemical research.

Marks said his almost 20 years volunteering at the Jewish Home of San Francisco contributed to his concern about the effects of aging on the brain.

And for Monroy and Marks, who both turned 80 this year, the gift means supporting cutting-edge science that they truly believe in at an institute they deeply respect.

“We wanted to do something that was really meaningful, but in our lifetime,” Marks said. 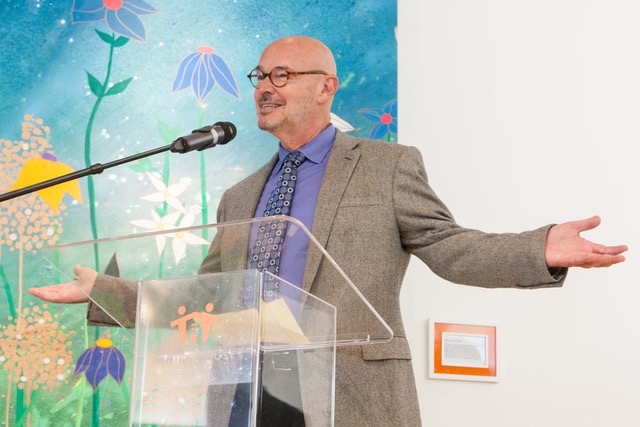