The connection between my dad’s tallit and the Dreamers

Impatiently sitting in temple as a teenager, I’d squirm in my seat or practice braiding on my dad’s tallit — anything to make the service feel shorter. At that point, instead of grappling with the deeper meanings of my faith, I performed mental gymnastics to justify why the Yom Kippur service should be shortened.

First to go was the Ashamnu, the confessional where we hit our chests to symbolically recognize our transgressions. I omitted atoning for the sins I did not commit. Upon hearing this reasoning, my dad asserted, “We are apologizing as a community. Someone, somewhere did do those things, so we are apologizing on their behalf.”

Whatever, Dad. I didn’t murder anyone, so why was I apologizing to God for murder?

My dad yanked his tallit fringes from my fingers.

My next idea was to cut out the silent parts, specifically targeting the people who in my mind took too long to finish the silent Amidah. I waited eagerly for people to finally sit. One by one, they finished and sat down as the congregation eased into harmony for “Oseh Shalom.” The ratio of people standing and praying to those who were sitting became my mental clock to time the service.

A few weeks ago, 82 Jews of all ages and denominations, including myself, sat together in the rotunda of the Russell Senate Office Building in Washington, D.C., impassioned, singing Hebrew songs and prayers. This scene was not a service, but a historic act of civil disobedience.

Rabbis and Jewish activists, many wearing tallits, were arrested for pressuring Congress to pass a clean Dream Act.

As I was arrested, hands cuffed behind my back, I heard a strong contingent of voices behind me calling out for justice.

For the first time since my bat mitzvah, I felt empowered by wearing my blue silk tallit.

After a pat down, I sat in a police van for 45 minutes watching the arrests. I watched a flood of tallit-clad Jews handcuffed and escorted from the rotunda one by one. Through the window, I could still hear their melodies.

Again, I found myself waiting for all the people wearing tallits to be sitting like me. This time, as I engaged in physical civil disobedience to demonstrate solidarity with Dreamers — the young, undocumented immigrants brought to the U.S. as children — I viscerally understood the importance of the communal aspect of Judaism. We pray for everyone in the community just like we support everyone in the community — because our rights are inextricably linked.

My arresting officer took my tallit. It was confiscated and thrown haphazardly into a plastic bag.

Throughout the arrest, I was cold, a “California girl arrested in the snow without her jacket” kind of cold; a concern dripping with privilege, paling in comparison to when immigrants are arrested.

As we have seen when undocumented activists risk arrest, they may be detained at length, or even deported.

As for me and the other protestors? We were free, sitting in a bar five hours later.

I will not be sent back to a country I have no memory of. I do not have to worry about fighting for my right to stay at the expense of my parent’s rights to stay, ripping my family apart for an undefined period of time. This arrest will not affect my employment, education or general livelihood.

My petite stature, my pale, goose-bump-covered skin, and my U.S. passport were my shield from the systemic racism and the looming fear of deportation.

After processing, they gave me my tallit back. It looked like crumpled wrapping paper.

After our action, a Dreamer from United We Dream, which bills itself as “the largest immigrant youth-led community” in the U.S., had tears in his eyes when he said that so far “not very many people outside of the immigrant community have showed up for us.” I was proud to join my American Jewish community in answering the call.

Throughout Jewish history, we have been continuously thrust out and left to re-collect ourselves and recreate our community. Every day it becomes increasingly dangerous for Dreamers to “out” themselves as undocumented to advocate for their own community.

We must continue to draw on our collective ancient wisdom to create rituals that suit modern needs. We should follow in the footsteps of Rabbi Abraham Joshua Heschel — after he marched in Selma with Martin Luther King, he said: “I felt my feet were praying.” Jews need to take action within our own communities.

We can start by creating a socially conscious Judaism that acknowledges immigrants as part of our community, and truly orient ourselves to act accordingly. We can follow the lead of immigrant-led organizations, elevate the voices of Dreamers and support them by participating in direct action or contacting our members of Congress to demand a clean Dream Act.

Together, we can build a more just society while also living a Judaism that is powerfully relevant today.

My tallit is folded neatly in my closet, waiting for its next chance to make an appearance in the Jewish revolution. 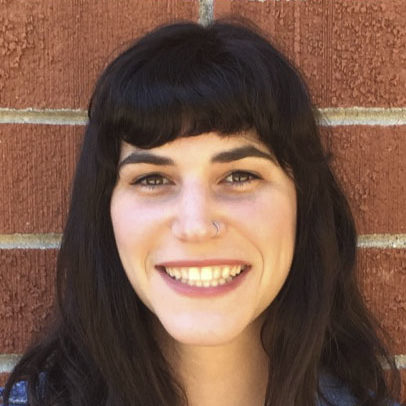 Marianne Glaser is a leader of the Bay Area Solidarity team for Bend the Arc, a national Jewish social action group, and a UC Davis graduate.