Two Jewish Federations recently published demographic surveys. One by the Jewish Federation of Greater Washington analyzed trends in the D.C. area. The other, “A Portrait of Bay Area Jewish Life,” was a cooperative effort headed by the San Francisco-based Federation. Both surveys are full of intriguing facts and figures about these two dynamic Jewish communities, each numbering over 300,000 Jews.

Both surveys failed to properly measure the role of the fastest-growing Jewish group in the U.S. and the largest in the world: Chabad-Lubavitch. This is because they used the antiquated methodology of denominational self-identification with questions like, “What Jewish movement do you identify with?” This line of questioning focuses on what people feel, not what they actually do.

Another major flaw in this approach is that Jews who attend Orthodox synagogues or Chabad centers usually will not self-identify as Orthodox unless they are actually shomer Shabbat — Sabbath observant. Studies done using only self-identification invariably undercount the number of Jews attending Orthodox synagogues and those involved with Chabad.

Today, Jews are identifying, connecting and engaging differently than they did decades ago. The three neat little boxes of Reform, Conservative and Orthodox are a measuring stick of the past. One cannot get a true assessment of the community by asking people where they feel they belong. Rather, one must dig deeper to find out which synagogues and centers Jews are actually attending and which groups they are supporting.

Both surveys asked about synagogue attendance. The D.C. survey also focused on the issue of synagogue membership and dug a bit deeper with detailed follow-up inquiries for families with and without children, asking where they’ve ever belonged, etc. And still, there were no formal questions about Chabad involvement.

Anyone with a modicum of knowledge of Jewish community life is aware of the fact that the vast majority of Chabad centers have rejected the model of formal synagogue membership. Measuring Chabad involvement with questions of membership is inaccurate, if not disingenuous. Chabad was only noted in the D.C. survey results along with the independent minyanim.

Today, there are some 20 Chabad centers serving the D.C. region, led by 50 Chabad rabbis and rebbetzins. There are more Chabad centers in the area than either Reform or Conservative congregations. In the Bay Area community study highlights, Chabad is not even mentioned, despite that Chabad is active and flourishing in the area with 45 centers and 94 Chabad rabbis and rebbitzens. In recent years, Chabad in the Bay Area has embarked on a series of capital campaigns in excess of $30 million, all locally supported.

Despite Chabad’s phenomenal growth, neither of the studies had survey questions designed to analyze the emergence of its major role in the community.

By contrast, in recent studies done by Federations in Miami, Houston and Broward County, Florida, another line of questioning asked participants specifically about their Chabad involvement. The studies revealed an important major Jewish trend: Large numbers of Jews are choosing Chabad. In Miami, 27 percent of all Jews are active in Chabad; in Broward and Houston the numbers were a tad lower. Among Jews 35 and younger, the results were astonishing, with 47 percent of young Miami Jews active in Chabad and 37 percent in Houston. Other intriguing data included the facts that the vast majority of those attending Chabad are not practicing Orthodox, and a significant percentage Federation donors.

There is hardly a neighborhood in the U.S. or a college campus without a Chabad center.

Why did the D.C. and Bay Area studies choose to marginalize Chabad? Why did the committees that oversaw the surveys, in both communities, have no Chabad representation or input?

Perhaps they simply didn’t know about the statistics that have emerged from the studies in Texas and Florida, but that’s hard to believe. Anyone with knowledge about Jewish demographics is aware of these results. Those who constructed the survey questions must be cognizant of the fact that there is hardly a neighborhood in the U.S. or a college campus without a Chabad center. It could be that some were concerned that results like in Florida and Texas might cause a re-evaluation of communal priorities and force greater inclusivity of Chabad in developing strategies and programs. Others may not be comfortable with the fact that Jewish life is evolving and traditional Judaism is taking a larger role. They may not yet appreciate that large percentages of not fully observant Jews see Chabad as their primary or partial avenue of Jewish connection and identity.

Whatever the reason, it’s clear that there is a major inaccuracy in the Washington, D.C., and Bay Area surveys that needs rectification. The perhaps inconvenient truth of Chabad was overlooked by using selective questions and dubious methodology.

Those who commissioned these surveys firstly owe Chabad an apology. Secondly, both the D.C. and the Bay Area Federations should commission a poll clarifying Chabad’s growing role in the community. It could be released as an addendum and correction to the fully published D.C. survey and included in the Bay Area’s when it publicizes its final version. Until these communities act to rectify the inaccuracies, their credibility will be doubted. Serious questions will be raised about their use to analyze communal trends and setting priorities in the future.

This piece was first published by eJewishPhilanthropy.com. 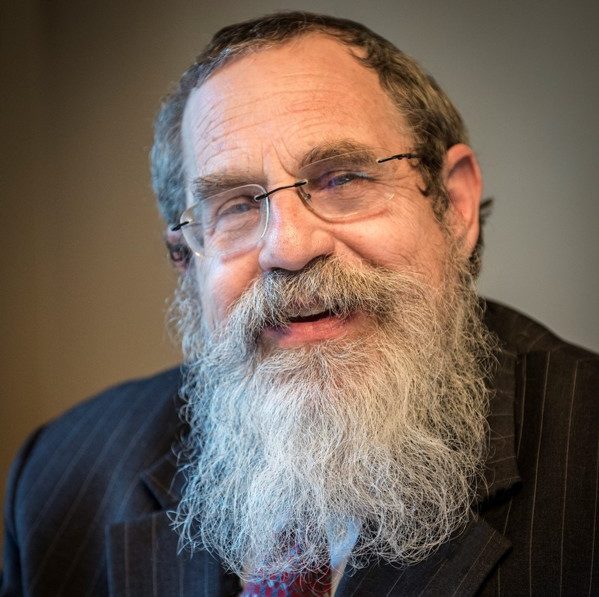 Rabbi David Eliezrie is a Chabad shliach in Orange County, California, and the author of “The Secret of Chabad.”