Pondering eternity: destiny, an ancient love affair and the oldest woman in the world

The common adage that we should “live each day as if it’s our last” presupposes that knowledge of our impending demise might cause us to act differently. It’s a question I am thinking about in relation to three new works of fiction: To what degree does our relationship to death affect how we choose to live?

In San Francisco native Chloe Benjamin’s novel “The Immortalists,” four children in a Jewish family living in New York’s Lower East Side in 1969 pay a visit to a fortune-teller whose visionary powers are said to include the ability to predict the date of a person’s death. Each of the children receives a prediction of the exact day they will die.

As the kids grow up (a section of the book is devoted to each of them), one becomes a dancer in San Francisco at the dawn of the AIDS epidemic, one a magician, one a military physician and one a scientific researcher whose work carries the possibility of increasing people’s lifespans. All conduct their lives to some degree in the shadow of the fortune-teller’s predictions, but how they respond to the prophecy differs dramatically (I’ll avoid providing spoilers).

Although I felt less excited by the book than others might be, what shone for me is Benjamin’s compassion for her fully realized characters. And the question of how our life choices are affected by the inevitability of death is a lasting and haunting one.

Dara Horn’s “Eternal Life,” her first novel in nearly five years, asks some of the same questions, but in the opposite manner — through characters who are incapable of dying.

Protagonist Rachel is not the octogenarian New Yorker she appears to be, but a woman born during the days of Roman rule in Jerusalem more than 2,000 years ago. Following an illicit love affair with Elazar, a young Temple priest, Rachel bears a son. When the child becomes gravely ill, Rachel and Elazar make a desperate vow through the high priest in which they surrender their own abilities to die in order to save the child.

Since making that vow, Rachel has been condemned to a chain of continuous living over the centuries. She is stalked across time and place by Elazar, who is similarly condemned to immortality.

For Rachel, the hardest part of an endless life is the inevitability of loss. Despite the pain of watching her offspring die, however, she seems to insist in nearly all of her incarnations on having more children, reenacting a cycle in which she gains meaning through mothering children, but with the consciousness that she will later suffer the pain of losing them.

Rachel’s readiness to die, if she only could, is contrasted with one of her granddaughters’ efforts as a medical researcher to stay the process of cellular degeneration — an intervention that holds the promise of forestalling death. It’s no accident that this research is funded by a grant from Google; Horn seems to be questioning the faith we place in technology, as well as the culture of entitlement that would lead us to seek an exemption from mortality.

Given the centrality of Jewish history in all of Horn’s novels, one might expect the book to attempt a sweeping overview of 20 centuries of Jewish life. But Horn wisely avoids too grand a canvas. We get glimpses of various periods, but the narrative rotates primarily between ancient Jerusalem and 21st century America.

Horn’s passion for history enters chiefly in the revelation that the child saved by Rachel’s vow was Yochanan ben Zakkai, one of the great rabbis of antiquity. Smuggled out of Jerusalem in a coffin during the war with Rome that would leave the Temple in ruins, he created a house of study in the city of Yavneh, laying the framework that enabled rabbinic Judaism to survive. Thus, Rachel’s vow that saved Yochanan possibly also saved Judaism.

Mentioned in the Torah as one of Jacob’s grandchildren, Serach takes on importance in rabbinic lore for her righteousness, for her presence at key historical moments and for a miraculously long existence that spans nearly the entire lifespan of the Jewish people. In fact, one rabbinic text has her appearing in the study hall of the same Yochanan ben Zakkai who is so prominent in “Eternal Life,” correcting his description of the crossing of the Sea of Reeds by providing her own eyewitness account.

Now living in Los Angeles, Ramer’s Serach decides that the time has come to tell her story. Despite the length of her days, it is the early period of her life and that of her ancestors that occupy the vast majority of her memoir. That is, she is more interested in expounding on the stories recorded in the Torah and the development of Judaism than in recounting tales from later eras of Jewish history (although she does interact with figures ranging from Baruch Spinoza to Mel Brooks along the way from the ancient Near East to Venice Beach).

Serach notes that “this is not strictly an autobiography, but a work of restorative history” in which she radically reconstitutes familiar stories from Jewish tradition, especially by including voices, interactions and practices that are absent in the received texts.

She amplifies the role of women and the feminine divine in formative Judaism and gives attention to same-sex relationships, including her own. Serach’s accounting is both playful and subversive, or, as she puts it: “This book will not be for the faint of heart or orthodox of stomach, and if you possess either, good reader, I suggest that you put down this book right now, lest it create in you mental indigestion, spiritual heartburn, or possibly both.” Consider yourself forewarned. 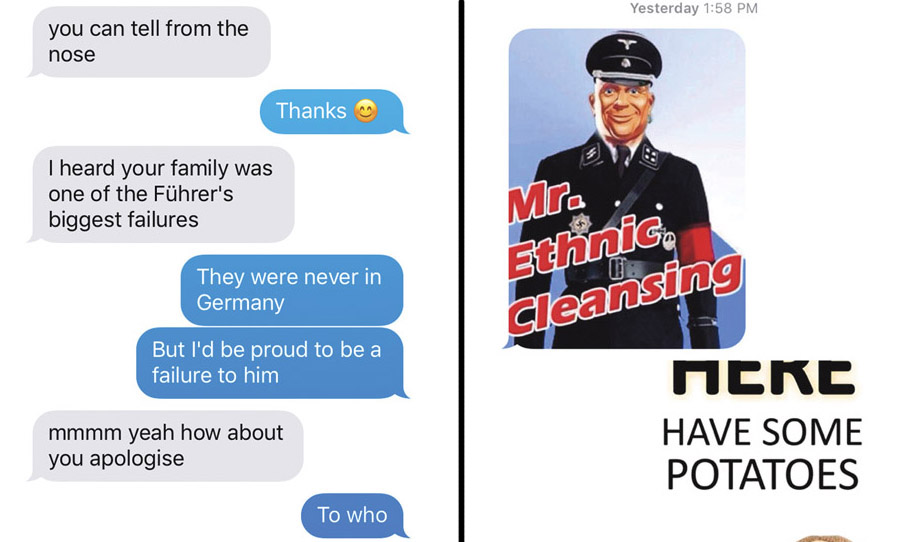