Rube Goldberg’s machines (and his politics) on display at CJM

When Jennifer George, granddaughter of cartoonist Rube Goldberg, was growing up in New York in the 1960s, she was surrounded by her grandfather’s drawings. While they meant a lot to millions of newspaper readers and others who admired Goldberg’s humor, craft and satirical take on the human fixation with the machine, they frankly held little significance for her at the time.

“The den was covered with [Goldberg’s illustrations]. It was like our wallpaper,” she recalled several years ago in a TV interview. “I literally ignored them.”

After her father died in 2007, George took over as the legacy director of Rube Goldberg Inc., a New York-based nonprofit that manages branding and licensing agreements and hosts an annual Rube Goldberg competition (this year’s winner came up with a mechanism for pouring cereal).

The nonprofit also oversees museum exhibitions, such as the upcoming “The Art of Rube Goldberg” at the Contemporary Jewish Museum in San Francisco, the city in which Goldberg was born in 1883. The exhibit will open Thursday, March 15 and run through July 8.

“I was 11 when the [Rube Goldberg] Smithsonian exhibit went up,” George told J. That’s when, she said, she had the revelatory moment that “he was important, but I was not entirely sure why.”

Those who view the CJM show will have an opportunity to ponder Goldberg’s contributions to many realms: journalism, pop culture and literature, as well as art. The exhibit includes many of his original drawings and artwork for his comic strips series “Mike and Ike (They Look Alike),” “Foolish Questions” and “Boob McNutt,” among others, plus 30 of his fantastical, ironic invention drawings for which he is perhaps best known.

But, as CJM chief curator Renny Pritikin observed, there were other sides to Goldberg, such as his more politically overt illustrations, which dominated the last 20 or so years of his career. Goldberg, in fact, earned a Pulitzer Prize in 1948 for his editorial cartoon “Peace Today,” which warned of the perils of atomic weapons.

A reproduction of “Peace Today” is featured in the CJM exhibit, as is a reproduction of the 1947 illustration “Jews And Arabs: When Will They Find A Meeting Point?” The latter piece shows two long, parallel, non-intersecting roads heading off into infinity under the dark, swirling clouds, presciently illustrating the next 70 years of difficulties for Israel and its Arab neighbors.

Related: Machines are a blessing and a curse in work of California artists

Because Goldberg’s political cartooning created a stir among anti-Semites in the Cold War era, George said the artist encouraged his two college-age sons to change their last name. Thomas chose the surname George in deference to his brother, George, and then George took the same last name, becoming George George (Jennifer’s late father and a Broadway and film producer).

“Anti-Semitism was flourishing on both sides of the Atlantic, and they were not immune,” Jennifer George said.

Goldberg was a secular Jew at heart, she added, and he and his wife, Irma, did not provide Thomas and George with much of a religious upbringing. But any viewer of the upcoming CJM exhibit will see that the story of Rube Goldberg is also a Jewish American success story — and a San Francisco one at that.

A portion of the exhibit, devoted to Goldberg’s family photos, shows that he was part of a well-established Jewish community in San Francisco. His father, Max, a German Jewish immigrant, arrived in the United States during the two weeks in 1865 when Abraham Lincoln’s body was being transported via train from Washington, D.C., to Springfield, Illinois, and he reportedly bore witness to one of the processions along the way. Like many budding Jewish immigrant entrepreneurs at that time, Max made his way to California. There he rose in local Republican circles to become the sheriff of San Francisco.

His great-granddaughter said he began buying real estate in San Francisco “the minute he acquired some money.” In fact, a number of buildings he purchased in the late 19th century, in what is now Hayes Valley, remain in the Goldberg family, said George, who will be giving a half-hour gallery chat at 5:30 p.m. Thursday, March 15 (exclusively for the CJM’s Circle of Friends giving society).

Young Rube attended and graduated from the city’s elite public high school, Lowell, at the time was heavily Jewish. At the insistence of his father, he went on to earn a degree in engineering at UC Berkeley, and after graduating in 1904, he worked briefly in San Francisco’s water and sewers department as an engineer. But he soon left to pursue his interests in cartooning — first as a sports cartoonist at the San Francisco Chronicle and the now-defunct San Francisco Bulletin — before making his way to New York, where he earned acclaim and fame.

The upcoming exhibit was a natural outgrowth of a 2013 book compiled by Jennifer George, “The Art of Rube Goldberg: (A) Inventive (B) Cartoon (C) Genius.” She said putting together the book required considerable sleuthing on her part to track down some of the 50,000 original cartoons and illustrations that her grandfather produced over his lifetime. She spent a chunk of time at UC Berkeley’s Bancroft Library, where some 12,000 pieces of Goldberg’s work are archived. Goldberg died at his home in New York City in 1970 at 87.

Pritikin described as “totally serendipitous” the call he received from George about hosting “The Art of Rube Goldberg” at the CJM. He and his staff were already planning for the museum’s current “Contraptions” exhibit, a group show that includes the works of 16 living or deceased artists with strong ties to California — including Goldberg. 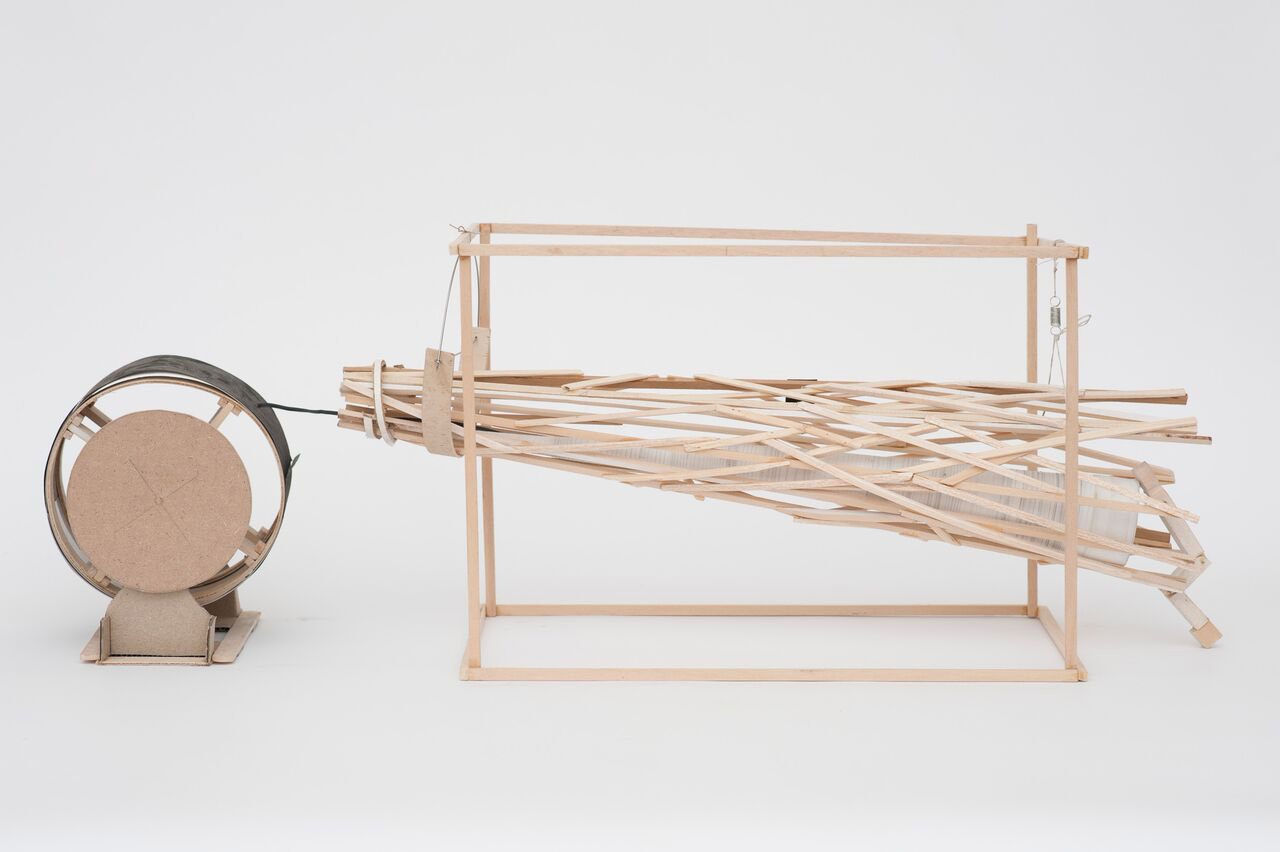 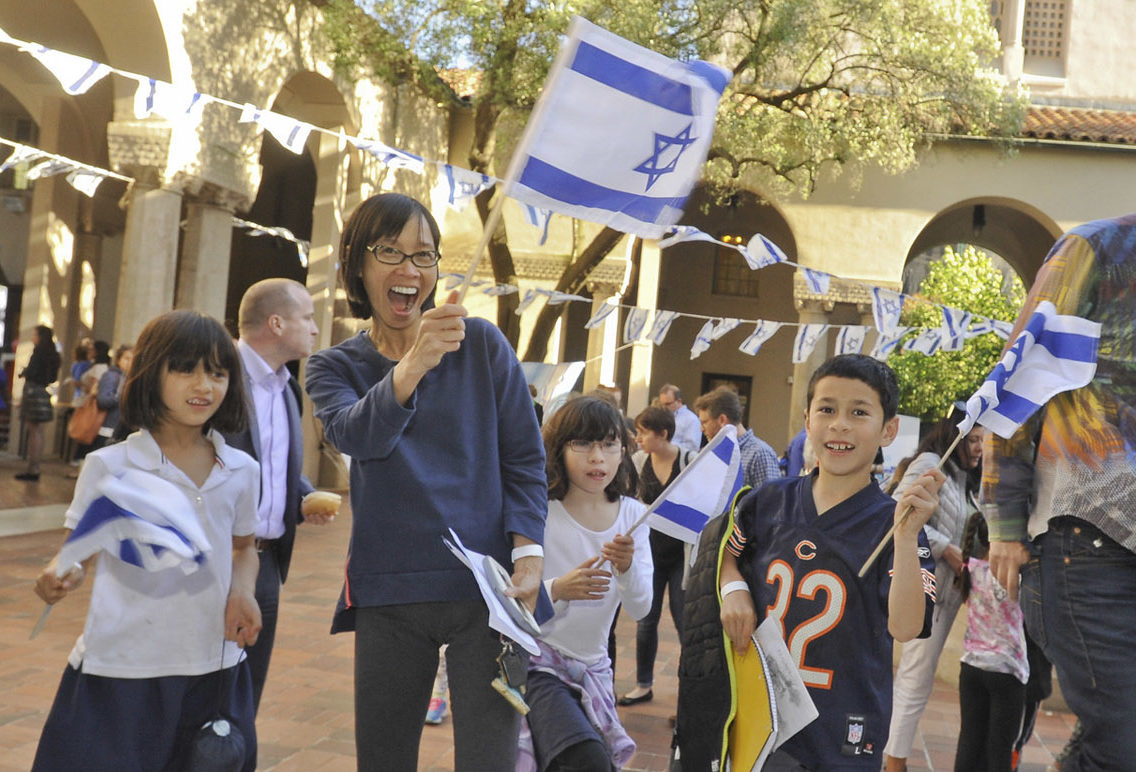 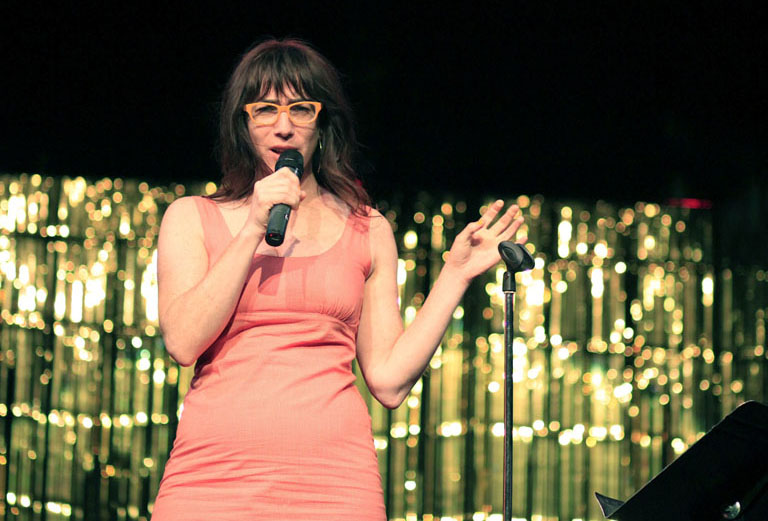