Mira Kittner says what saddened her the most after last month’s mass shooting in Parkland, Florida — in which 17 high school students and teachers died — was that the incident didn’t shock her.

“Not that I don’t feel safe in school,” said the 18-year-old senior at the Jewish Community High School of the Bay in San Francisco, “but these things happen, and affect people my age.”

Initially, Kittner, a resident of Berkeley, didn’t know what to do in response to Parkland. Then she, like many across the country, felt awed by the students-turned-activists from Marjory Stoneman Douglas High School. Their eloquence and poise in the wake of trauma inspired teens like Kittner and her JCHS peers.

Answering the call of the Parkland survivors, JCHS students will join teens across the country who will be participating first in a nationwide school walkout March 14 and then a protest march on March 24. The national March for Our Lives, led by the Parkland teens, will take place in Washington, D.C., while Bay Area students plan to march in San Francisco.

“The walkout is really a statement and a starting point for advocacy and discussion to inspire students,” said Kittner’s JCHS classmate, senior Liora Ami of Berkeley. “Overall our administration has been super kind and willing to work with us to make sure we make a statement.”

The JCHS walkout is scheduled to take place on March 23, because students there are taking part in annual student trips this week. Elsewhere in the Bay Area and across the country, the one-day walkout will take place on Wednesday.

Students at the Brandeis School of San Francisco will participate on Wednesday, teaming up with peers from neighboring St. Thomas More Catholic School and KZV Armenian School to stand together on Brotherhood Way. After hearing speakers from each school, students will lay down 17 roses, one for each victim at Parkland.

Gabriella Levin-Meer, 14, is scheduled to speak on behalf of her fellow Brandeis students. The ninth-grader said Emma Gonzalez, an outspoken Parkland student who has gained fame since the shooting, has been so “super-inspiring” that she decided to help organize her school’s walkout.

“It made me realize kids can make a difference, even though we can’t vote,” Levin-Meer said. “It may seem we have no say over what happens, but actually kids across the country have been protesting, and got some great gun control laws passed in Florida. It makes me excited.”

He also said he has been frustrated, time and again, over having to send out emails to parents in the wake of school shootings that have occurred during his three-year tenure. However, he thinks the response to Parkland, led largely by teens, is making this time different.

“Because the students were so articulate in Parkland, instead of quickly devolving into the politicized debates around gun control that tend to immediately follow in the wake of these school shootings, it was a very student-centered national dialogue all of a sudden, which I think [has been] really compelling,” he said. “Not surprisingly, the student leaders here [at Brandeis] wanted to participate in that national dialogue.”

At another Bay Area K-8 private Jewish day school, Gideon Hausner in Palo Alto, the plan is for students there to join their older peers from nearby Kehillah Jewish High School in this week’s walkout.

Hausner student Henry Kofman, 13, is looking forward to participating after being upset by the Florida shooting and inspired by the vocal teens from Stoneman Douglas High.

“Kids are a lot of people in the U.S.,” Kofman said, “so a lot of us working together and becoming one big force may have more of an impact than adults that go to a voting booth and check boxes.”

Though students from Hausner need parental permission, the walkout will be largely student led, all with the approval of the administration.

“One thing we really pride ourselves on,” said Jody Passanisi, Hausner’s middle school director, “is giving a safe space for students to be able to speak their truth, look at the world and talk about what they see, whether positive or negative. We want them to have autonomy and a voice.”

Though the students at JCHS in San Francisco are likely to miss this week’s walkout because of the school trips, they promise their March 23 event will be just as meaningful.

Matthew Rosenberg, a 16-year-old sophomore who lives in Hillsborough, said he and his peers, like other students across the country, are planning a 17-minute walkout, one minute in memory of each Parkland victim. After several students speak, they also will hold a three-minute moment of silence “for the amount of time it takes to buy a gun,” Rosenberg said.

“The biggest thing that makes me proud to be a Jew is seeing Jews at the forefront of all social issues,” he added. “To work with my Jewish community is something I really [have] enjoyed.”

Kittner said she was not surprised the Parkland teens have handled the media spotlight so adroitly.

“We pay attention,” she said of her generation. “Our knowledge of this issue has been bubbling under the surface for a long time. This [walkout] has been a way to insert our voices into the conversation, and be able to challenge authority.”

Ami, her classmate agreed. “In a few years, [teens] will be lawmakers constituents,” Ami said. “I think this movement will continue longer, and that politicians will continue to listen because we will become the people voting for them.”

Kittner said she expects lawmakers to start listening to them not in a few years, but now — as students have been placed inexorably on the front lines of the gun debate in America.

“Bottom line: Our right to be safe in school outweighs your right to have a gun of any kind.” 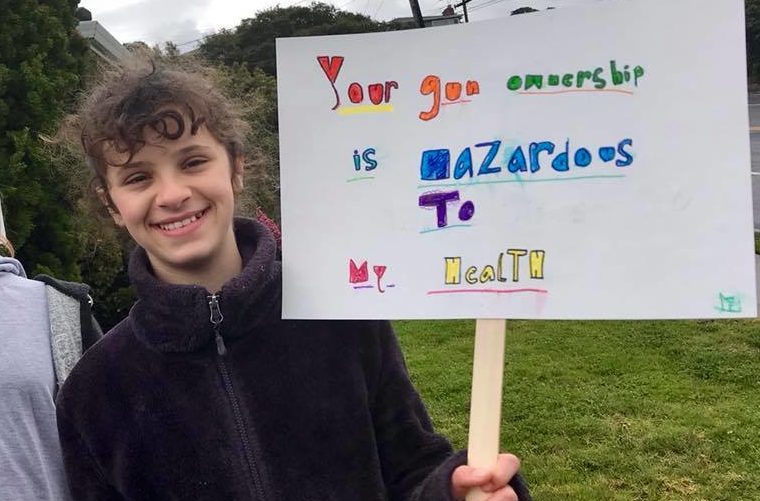 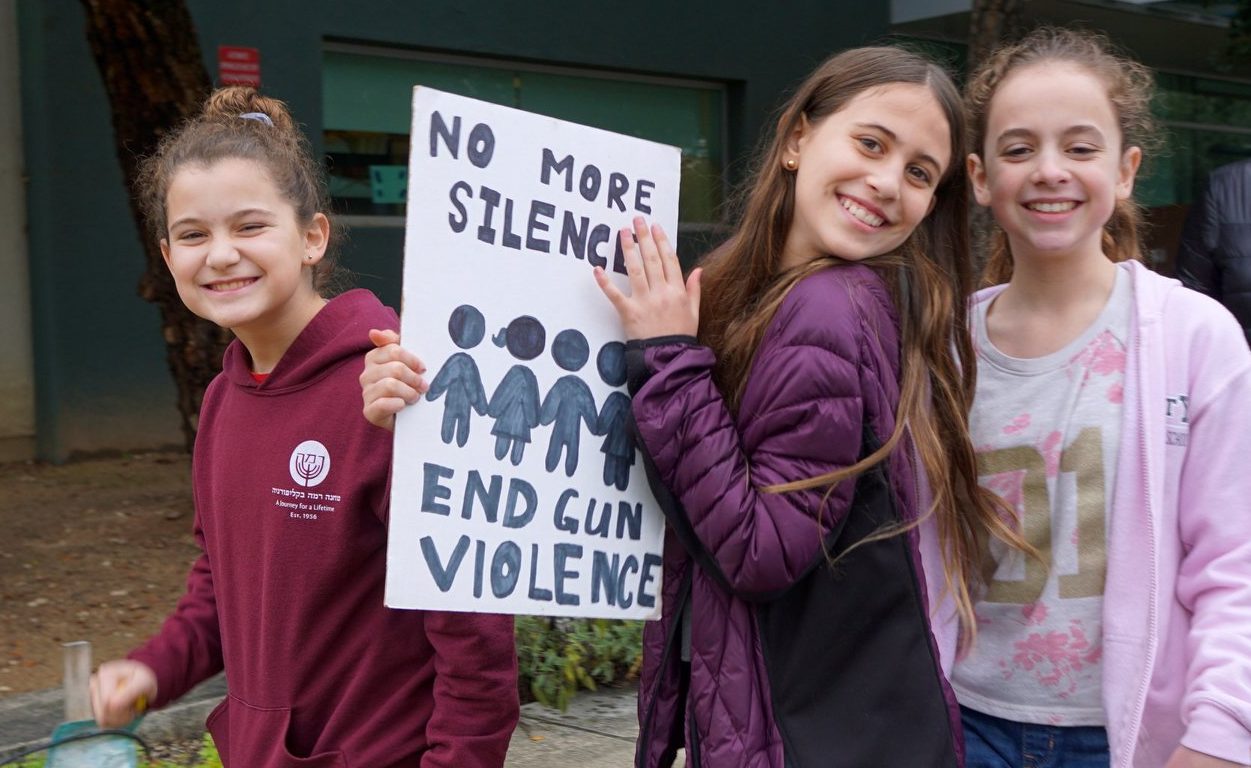 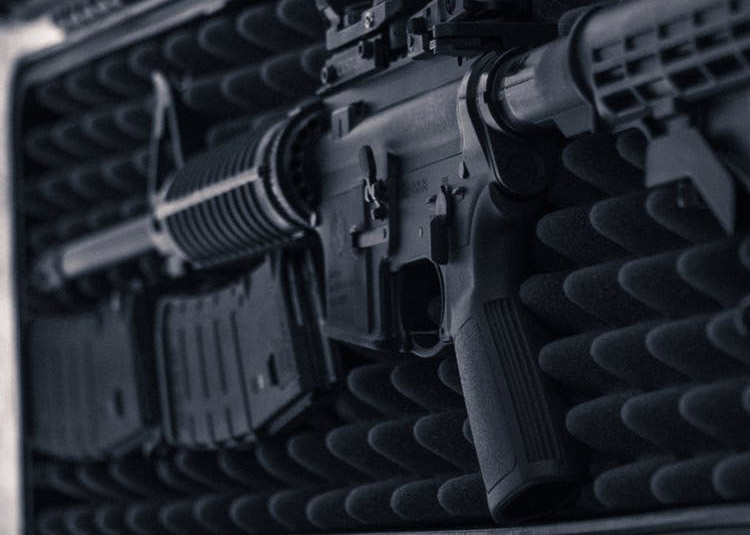