Just like the Bay Area, Israel is overdue for its own ‘Big One’

From 1978 to 1982, I attended medical school at Tel Aviv University. As I think back on those days, there are many details that remain particularly noteworthy to me.

Whenever I was back home in the Bay Area during that time, friends, acquaintances and people whom I had just met would frequently inquire, “Aren’t you afraid of the danger?” The answer was a constant, “No.”

I always provided two reasons. 1) If every homicide in the United States received the same level of front-page publicity as that achieved by strife, warfare and death in Israel, who would choose to visit America? 2) Living in the Bay Area, we live with the risk of the next “Big One”— another devastating earthquake. In spite of that risk, we choose to live here. Indeed, we rarely, if ever, think about it. I equated the probability of my being a victim of violence in Israel to be similar to the probability of losing my life in a major earthquake here — possible, but the odds were extremely small. In reflecting on this now, I doubt that much, if anything, has changed in this assessment.

Being the one and only Jewish state, there are profound opportunities to experience a nation like no other. The most noteworthy experience for me as a Jew was to live the major Jewish holidays knowing that the entire society was experiencing that holy day with you. The roads and sidewalks were empty. The normal hustle and bustle was replaced by silence and tranquility. Rosh Hashanah, Yom Kippur … they felt like the entire planet was experiencing these profoundly Jewish holy days! For me, this was a very unique experience. The combination of solitude and serenity was particularly special and personal. It made me feel that much more strongly Jewish. When experiencing those holy days today, I often think back to my Israeli experience.

In 20 years, will Israel be a Jewish state, or merely a state of Jews?

The conflicts between secular and religious started accelerating during my time there. As an American, my political opinions on Israel were often discounted by Israelis. One important exception for me was my friend Gen. Aharon “Aharale” Yariv, of blessed memory. I found that he was able to discuss the transitions occurring in Israel with an unusual openness and frankness. He agreed that internal tensions were mounting and that it was troubling.

Ultimately, I became increasingly concerned as to what the future of Israel would be. On the one hand, the so-called “black hatters” were making more demands on the government to enforce religious restrictions. Although a minority, they were forcing their will upon a highly secular population. But that process seemed to me to be more about political power than formulating a newly defined Jewish state — one that could balance ancient religious beliefs with dynamically changing societal norms. It caused me to increasingly wonder, as I had remarked then to my mother, of blessed memory, “In 20 years, will Israel be a Jewish state, or merely a state of Jews?”

Mind you, we are now almost 20 years past that “deadline.” The answer hangs in the balance more than ever. 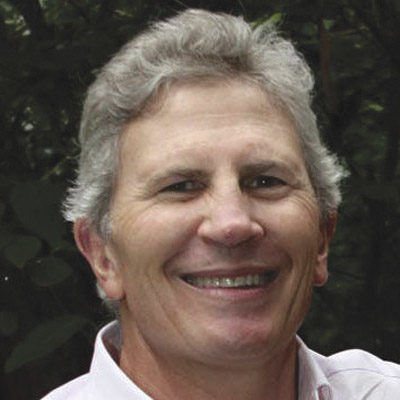 A residency-trained, board-certified emergency physician, Douglas E. Goldman stopped practicing medicine and started a software company, Certain, Inc., a market leader in enterprise event automation. Among his numerous nonprofit involvements, he is the president of the Lisa and Douglas Goldman Fund and chairman of the Stern Grove Festival Association.