How I learned all Israelis are not my father

It was my first visit to Israel, the nation of my father’s birth — or perhaps I should call it the nation that was born around my father, given that he was born in May of 1937, 11 years before Israel declared its independence. He grew up in Herzliya, then still a rural village where many families — including my father’s — routinely slaughtered goats, chickens and other livestock in their front yards. Today, Herzliya is an affluent beach town full of high-priced homes, high-end boutiques and high-tech startups. Curb appeal now takes precedence over do-it-yourself shechting.

In the 1960s, my father came to the United States to study electrical engineering, intending to return to Israel. Instead, he met and married my mother, a redhead American Jew he called “Gingie” from the moment they met at a UCLA dance. He began a career in technology at a time when computers were larger than most bedrooms, and eventually they settled down in La Jolla, a wealthy California beach town that was almost an inversion of Herzliya; local anti-Semitic restrictions had blocked Jews from purchasing property in the area until 1964. There, on the heels of those measures being struck from the books, my father and mother raised my two older brothers and me in the late 1970s and 1980s.

I use the term “raised” a little loosely in relation to my father. True, he provided for us and made clear that we must excel in school. But the closest he ever came to spending quality time with us was when he hucked a soccer ball at our heads, lectured us on obscure episodes of military history, or conscripted us as day laborers on home improvement projects.

He was mostly a silent, looming presence — until his low, accented voice thundered through our large house. To me, the threat of violence was part of who my father was. Even when only calling us to the dinner table, his voice rattled me like a not-so-distant explosion. I wished I had an American dad, a dad who gave hugs and coached Little League and decorated Christmas trees. More than that, I assumed all Israelis were like my father.

I wished I had an American dad, a dad who gave hugs and coached Little League.

And so it was a revelation, during my first visit to Israel, when I met my father’s smiling doppelganger, his younger brother Eitan. It was like meeting Superman after years of only knowing Bizarro, the growling, stone-faced, Frankensteinian mirror image of the classic superhero.

Uncle Eitan toured me around his Rosh Hanikra kibbutz on an all-terrain vehicle, cackling with glee as we bounced along dirt roads that divided banana fields from greenhouses bursting with floral life. Spotting a row of knotted trees, he skidded the four-wheeler to a stop, then plucked a purplish teardrop from a gnarled branch. He sliced open the oblong shape with his pocketknife and handed me what looked like a kindergartener’s dream: a fruit with insides composed entirely of jam! “Taste,” he encouraged me. My teeth sank into the first fig I ever encountered that had not been pulverized, processed and preserved into a Nabisco Fig Newton. My face must have radiated with wonder and delight, because Uncle Eitan chuckled like a magician who had simultaneously thrilled and befuddled his audience. We filled a bag with ripe fruit and zoomed up the dusty road to the humble abode where my cousins, aunts and uncles gathered for dinner.

In the years since, I have returned to Israel a half-dozen times to experience a land that means so many different things to so many different people. I have broken bread with my secular Israeli family in Rosh Hanikra, Kfar Saba and Tel Aviv, who abhor the politics of my Orthodox friends in Tsfat and Jerusalem, who for their part do not trust the Palestinians who welcomed me for tea in the West Bank. During my studies at UC Berkeley, I encountered throngs of people who routinely protested against Israel, and 10 years ago I married a woman whose father, a renowned historian, views Israel’s founding as self-defeating and contrary to Jewish values.

Meanwhile, in my work as a filmmaker I have interviewed Holocaust survivors who see Israel as the only sensible answer to the horrors they endured; the only way to prevent another genocide against Jews. My earliest impressions of Israel, extrapolated from the one and only Israeli I knew before I had ever visited the place, painted a partially accurate picture of a land of tough and sometimes loud people who brazenly steamroll over their problems with little regard for social graces or the sensitivities of those around them. It came as a shock to taste the sweetness, the tender heart of the classic Israeli sabra, overflowing with joy once the thorny exterior sloughs off. This nectar exists in my father, too, in small reservoirs that have become less barricaded in old age.

Today, as my wife and I raise our young daughters, they are growing up with a love of Israel in their hearts, based on some combination of our own Jewish practice, a small dose of Jewish preschool education, and exposure to friends and family from the holy and complicated land. Our older daughter is 5 now, and already she understands Israel as a land Jews call their own, where our people spend their days singing songs of unity. It is, undoubtedly, a simplistic and romanticized reverie, but also a sweet place from which to begin. There is plenty of time for other aspects of Israel to complicate her understanding of it. For now, she is happy to tell you her own version of why figs are her father’s favorite fruit. 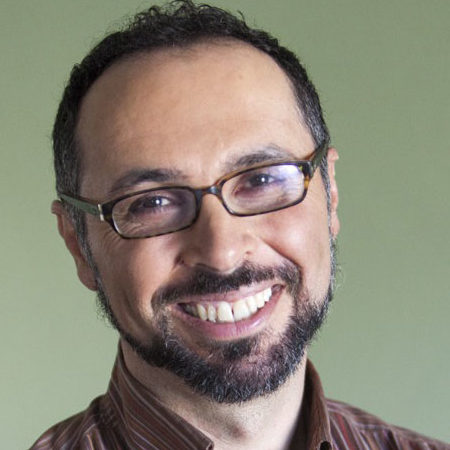 Yoav Potash is an award-winning filmmaker whose past films include “Food Stamped” and “Crime After Crime,” now streaming on Amazon Prime. He regularly produces short videos for Jewish Family and Children’s Services of San Francisco, and is currently producing and directing “Diary from the Ashes,” a film about the long-lost Holocaust diary of Rywka Lipszyc. He lives in the East Bay with his wife and two daughters. yoavpotash.com