Israeli Druze poet will bring his ‘homeland’ to Magnes lecture

A poet equally adept in Hebrew and Arabic will deliver the 15th annual Judith Lee Stronach Memorial Lecture on the teaching of poetry at the Magnes Collection of Art and Life on Sunday, May 6.

Salman Masalha is a Druze Israeli who writes in Arabic and Hebrew, and also translates into and from both languages. Chana Kronfeld, UC Berkeley professor of Hebrew, Yiddish and comparative literature, will introduce his lecture, “Writing a Homeland.”

“I’ve always sought speakers who would be of interest to this community — speakers they would not ordinarily hear,” said Raymond Lifchez, the UC Berkeley professor of architecture who established the lecture series in memory of his wife, who was a scholar, human rights activist and arts advocate. “I have a keen interest in what’s happening now in Israel and Palestine, with the conflict, and want to bring writers who have a lived experience of it.”

After the first lecture by Robert Haas in 2003, Bay Area poet and translator Chana Bloch often made suggestions for speakers. Among them were poets Gary Snyder, Philip Levine, Sharon Olds, Rachel Zvia Back and Bloch herself, all of whom presented in past years. After Bloch’s death last year, her friend and collaborator Kronfeld suggested Masalha, whom she knows.

Masalha was born in 1953 in al-Maghar, an Arab town in the Galilee, and has lived in Jerusalem since 1972. He studied at the Hebrew University and holds a doctorate in Arabic classical literature. His academic work has focused on pre-Islamic Arabic poetry; he co-authored “Six Early Arabic Poets: New Edition and Concordance” in 1999.

I’ve always sought speakers who would be of interest to this community — speakers they would not ordinarily hear.

While working on his eight published volumes of poetry, Masalha taught Arabic language and literature at Hebrew University, as well as composition and translation at the Helicon School of Poetry. Some of his poems have been set to music composed by leading Israeli and Palestinian musicians.

Masalha won the President’s Prize for Hebrew poetry for his 2004 book “Ehad Mikan” (“In Place”). His most recent book of poetry, “Ishq Mu’ajjal” (“Deferred Love”), came out in 2016. His work has been published in more than 15 languages.

Masalha also engages in contemporary letters: He is a regular contributor to the editorial pages of Haaretz and the international Arabic newspaper Al-Hayat, as well as academic publications. In the mid-1970s, he was held in an Israeli military prison for “reasons of conscience,” according to his bio in Poetry International.

Lifchez said that it was meaningful to him that his students, many of whom come from the Middle East, as well as the nonacademic public, have opportunities to be exposed to diverse writers and their perspectives.

“When we have poets, especially from that part of world, it allows us to see that more is coming out of there than war and violence. There’s humanity there, and it’s being exercised in spite of the conflict.”

The UC Bancroft Library makes a practice of publishing selected poetry by each Stronach lecturer and distributing the books at the next year’s event. Attendees at the May 6 event will receive copies of the poetry of U.S.-born Peter Cole, who now resides in Jerusalem and New Haven, Connecticut, and is also a translator of Arabic and Hebrew literature.

In Haifa by the Sea

In Haifa, by the sea, the smells of salt
rise from the earth. And the sun
hanging from a tree unravels wind.
In a row of trees bathed in stone
men, women and silence have been
planted. Tenants in an apartment
block called homeland.
Jews whose voices I haven’t heard,
Arabs whose meaning I haven’t understood.
And other such melodies I couldn’t
identify in the moment that went silent.

There in Haifa, by the sea,
he had them all. Poet, exile
in the wind, seeking the past
in a question blessed with answers.
Pulling words out of the sea and
throwing them back to the waves
that, like Messiah, will return eternally.
A poet has returned to a poem he never wrote
in the night of captivity, and hasn’t yet returned
to the place that he drew as a child in a cloud.

There in Haifa, by the sea, at the end
of the summer that broke on the treetop,
a moon unfurled. I return to the
silence I had split with my lips.
I return to the words asleep inside
the paper. Moist clods of earth
and a salty path have forever wrapped
the fisherman’s pole. Little
words lay down to rest, and a poem
went silent there in Haifa, by
the sea. 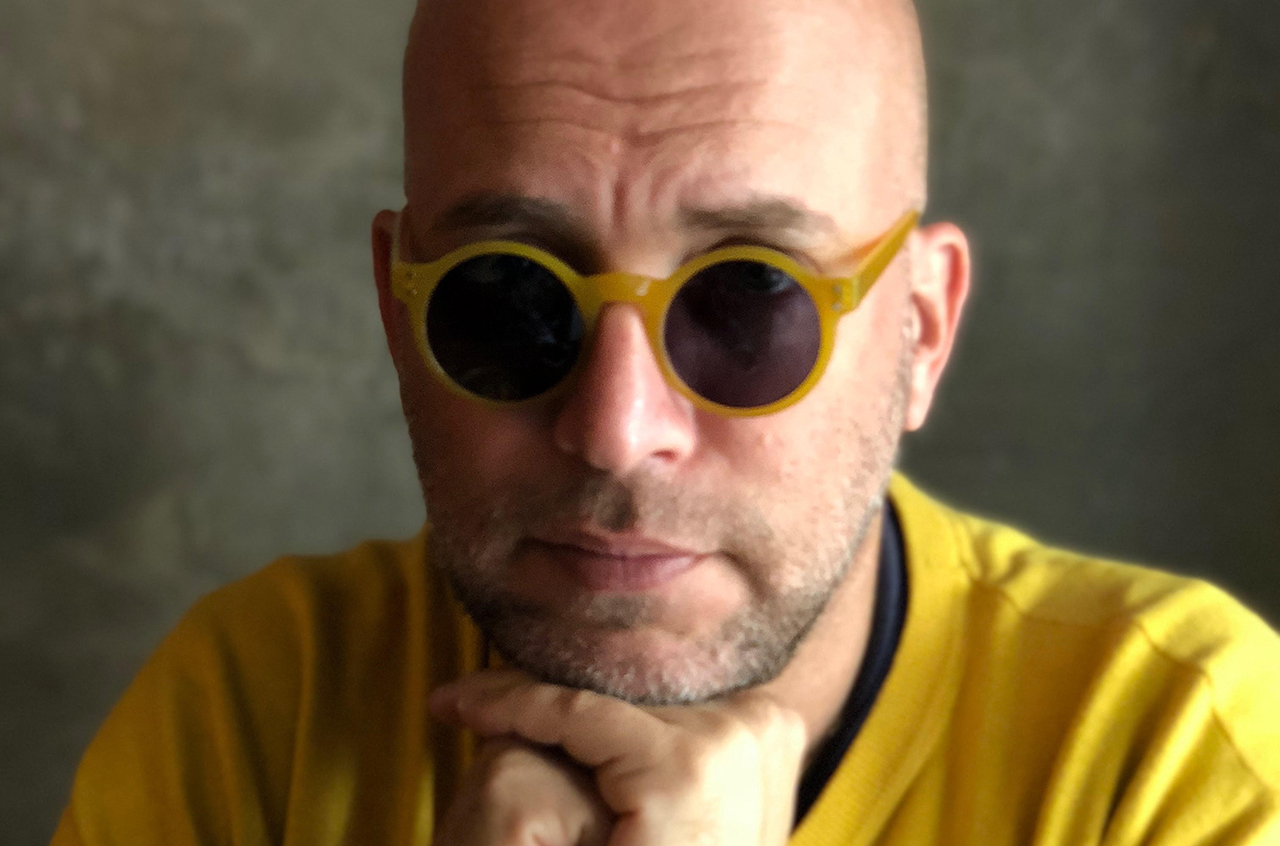