Why this Islamophobia confab in Berkeley was a lie-fest

Hatem Bazian is a senior lecturer in the Near East Studies Department at UC Berkeley and founder of the Islamophobia Research and Documentation Project in UC Berkeley’s Center for Race and Gender. Bazian is also the founder of the Students for Justice in Palestine and head of the American Muslims for Palestine, both which have been defined as fronts for Hamas.

In November 2017, Bazian was caught on the Internet displaying anti-Semitic cartoons and accusations of organ theft by Jews. He proffered a non-apology apology by saying he could not be considered anti-Semitic because he willingly worked with some Jews opposed to a Jewish state.

This is by way of introduction to the Islamophobia Conference Bazian held April 27-29 at UC Berkeley. It was his ninth annual gathering, with attendees convened to discuss the threat from Islamophobia in all forms.

Attendance was sparse compared to previous years. Earlier conferences were held in the prestigious Boalt Hall law school auditorium, with more than 150 attendees and many presentations. This latest conference failed to muster more than 40 or 50 people on any given day.

A proclamation praising this conference was read aloud in advance from Berkeley councilwoman Cheryl Davila on behalf of Berkeley Mayor Jesse Arreguin. It read that “[The] Islamophobia Research and Documentation Project (IRDP) began in 2012 to formulate a global resource for academic research on Islamophobia in order to counter its effects through education, empowerment and building communities for social justice.”

However, the event bore little resemblance to a scholarly conference, certainly not one to command such praise. Davila and Arreguin both are activists in the boycott, divestment and sanctions (BDS) movement against Israel, and Davila recently cost the city’s transportation commissioner, a Jew, his job because he refused to support divestment from Israel, a violation of Berkeley’s city codes. Bazian played a role in that firing.

It came as no surprise that Bazian would try to prevent my asking any questions from the audience. Bazian shook his head at me, refusing to call on me then announced to the room “No. That is Lee Kaplan, everybody. He’s recording everything that’s being said.” Only minutes before Bazian said anyone wanting to record was welcome. Bazian then told the entire room, “He writes for Campus Watch! We’re not interested in your yellow journalism here.”

The last day’s panel was “Foreign Policy, Israel and Islamophobia, a Strategic Orientation.” Bazian used conspiracy theories, misinformation and even outright lies to propagandize against Israel and the United States.

For this session, his first guest speaker was Paul Larudee, a leader in the International Solidarity Movement , one of the leading pro-BDS organizations in America. Larudee is a major anti-Israel activist, and one of the main organizers of the Gaza flotilla boats that were stopped by the Israel Defense Forces on their way to aid Hamas. I got Larudee deported from Israel in 2006 when he went there to meet with Hamas, after which he went to Lebanon as a human shield for Hezbollah.

Considering that Israel has nearly 20 percent of its population who are Muslims, many who even serve in the IDF, and that Islam is an officially recognized religion by that country, the statement was absurd.

Larudee and Bazian accused Israel of apartheid when it is the only state in the Middle East that does not practice apartheid. Larudee also claimed that Israel uses Islamophobia to discriminate against black people in Israel much as occurred in 1980s South Africa.

Larudee explained to the audience that the Mossad injects questions into the TV show “Jeopardy” to promote Islamophobia. He also said that when “Wheel of Fortune” awards a free trip to the Holy Land (Israel) as a prize, that “that’s the Mossad, too.”

Larudee then went on to say that Facebook and the internet are replete with Islamophobic materials to promote Israel’s foreign policy. The Israel Ministry of Interior did set up scholarship programs for students to fight back on the internet against all the BDS and anti-Israel propaganda, but Larudee went on to claim that Jews who support Israel in the diaspora are all sayanim, or quasi-Mossad agents, and that Jews living in Israel are not real Jews.

He discussed Israeli hasbara (Hebrew for public relations), implying a world Jewish conspiracy of spies and agents working for the Jewish state using Islamophobia as a tool, and he even attributed a current conflict between Muslims and Buddhists in Myanmar as being part of a Mossad plot.

Larudee said during his speech that “there is one sayanim in the Bay Area named Lee Kaplan [this writer] who is after me” and that I was in the pay of the Mossad.

For the attendees, Bazian outlined the organizations and individuals he claimed were the major players paid by the Mossad to generate Islamophobia and persecute Muslims in general. They included the Middle East Forum and Daniel Pipes; Campus Watch; the Investigative Project on Terrorism and Steve Emerson; the Center for Security Policy and Frank Gaffney; the David Horowitz Freedom Center; the American Freedom Defense Initiative; Jihad Watch; and several others. Bazian accused all of them of perpetrating “yellow journalism” as well as fomenting racism.

Serious scholars should shudder to find out what Hatem Bazian has in store for next year that California taxpayers will no doubt again be forced to fund in part with their hard-earned money. 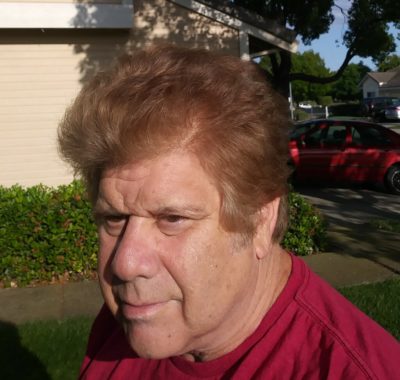 Lee Kaplan is a freelance journalist living in the Bay Area.