There have been plenty of books, movies and musicals about the Jewish immigrant experience in the U.S., and most of them end on Ellis Island or on the Lower East Side of New York.

“Jeans! The Musical,” which plays this weekend at the Mountain View Center for the Performing Arts, takes a much different route. Though it opens in New York, it then winds through a farm in Kentucky and a mining town in Nevada before landing in the California Gold Rush.

“This is the Jewish ‘Oklahoma!,’ ” said Caryn Huberman Yacowitz, who wrote the show with fellow Palo Altan Diane Claerbout.

“Jeans!” tells the story of Levi Strauss and Jacob Davis and the pants they created, which are now ubiquitous from San Francisco to Shanghai. It is being performed by nine teenage members of Masha Farber’s TheaterGames troupe, which usually performs Russian classics by such writers as Chekhov or Dostoyevsky.

Strauss, a German Jewish immigrant who arrived in New York as an 18-year-old, moved out to San Francisco in 1853 to sell dry goods. In 1872, one of his customers, Davis, a tailor in Reno, Nevada, wrote to say he had added copper rivets to the pockets of pants he made from cloth he bought from Strauss.

Davis, a Jewish émigré from Latvia, couldn’t afford the cost of a patent application, so he entered into a partnership with Strauss. U.S. Patent No. 139,121, for “improvements in fastening pocket openings,” turned Strauss and Davis into very rich men.

“There was a very obese man in town and the pockets kept ripping on his pants. So the wife came over to Davis and said they couldn’t afford to keep buying pants,” said Enid Davis, who wrote the lyrics and music for “Jeans!”

People wanted to come out here and get rich, and very few people did.

While the first version of “Jeans!” set lyrics to such popular songs as “On Top of Old Smokey” and “Give My Regards to Broadway,” all of the tunes in the new version are original, with the exception of “Hava Nagila.”

The show evolved from a 1987 Shofar magazine article that Yacowitz and Claerbout had written about Strauss and his philanthropy. Yacowitz is a children’s book writer and Claerbout a former librarian who used to do one-woman shows in schools about the Jews of the West.

The first full production of the show was in 2004 in Vermont, at a community theater that had earlier performed a play based on one of Yacowitz’s books. Farber’s TheaterGames group presented “Jeans!” at Congregation Beth Am in Los Altos Hills in 2007, and seniors held a reading at the Moldaw Residences in Palo Alto. Rehearsals the past few weeks have been held at Congregation Etz Chayim in Palo Alto.

The version to be presented this weekend has 14 new songs written by Enid Davis, the former library director at the Harker School in San Jose, with assistance from Palo Alto musician Jeremy Erman.

Though “Jeans!” focuses on a pair of Jewish immigrants, Claerbout said it’s really a typical play about the Wild West.

“It’s not primarily a Jewish musical, it’s mostly an American history,” she said. “People wanted to come out here and get rich, and very few people did.”

Strauss and Jacob Davis were among those who did attain fame and fortune, and the show pays homage to immigrants and their contributions to the adopted country. The show’s finale, “In Our Jeans,” flashes forward to the present day as the cast sings: “All across the USA, raise a banner that will say immigrants paved the way for our jeans, for our jeans.”

The show’s creators wouldn’t mind a little fame or fortune, either. They speak about taking “Jeans!” to Broadway some day, and Yacowitz says with a smile that “we’ve talked about what we’re going to wear to the Tony’s.”

Enid Davis has ambitions on a similar grand scale, but a bit closer to home. She looks forward to a performance “at Levi’s Stadium, at halftime” of a 49ers game. 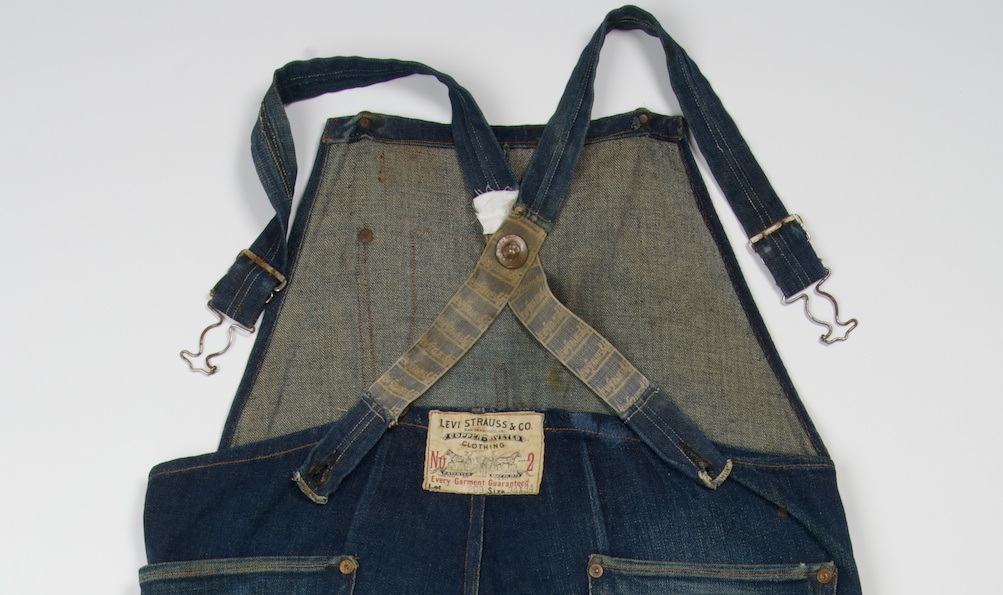 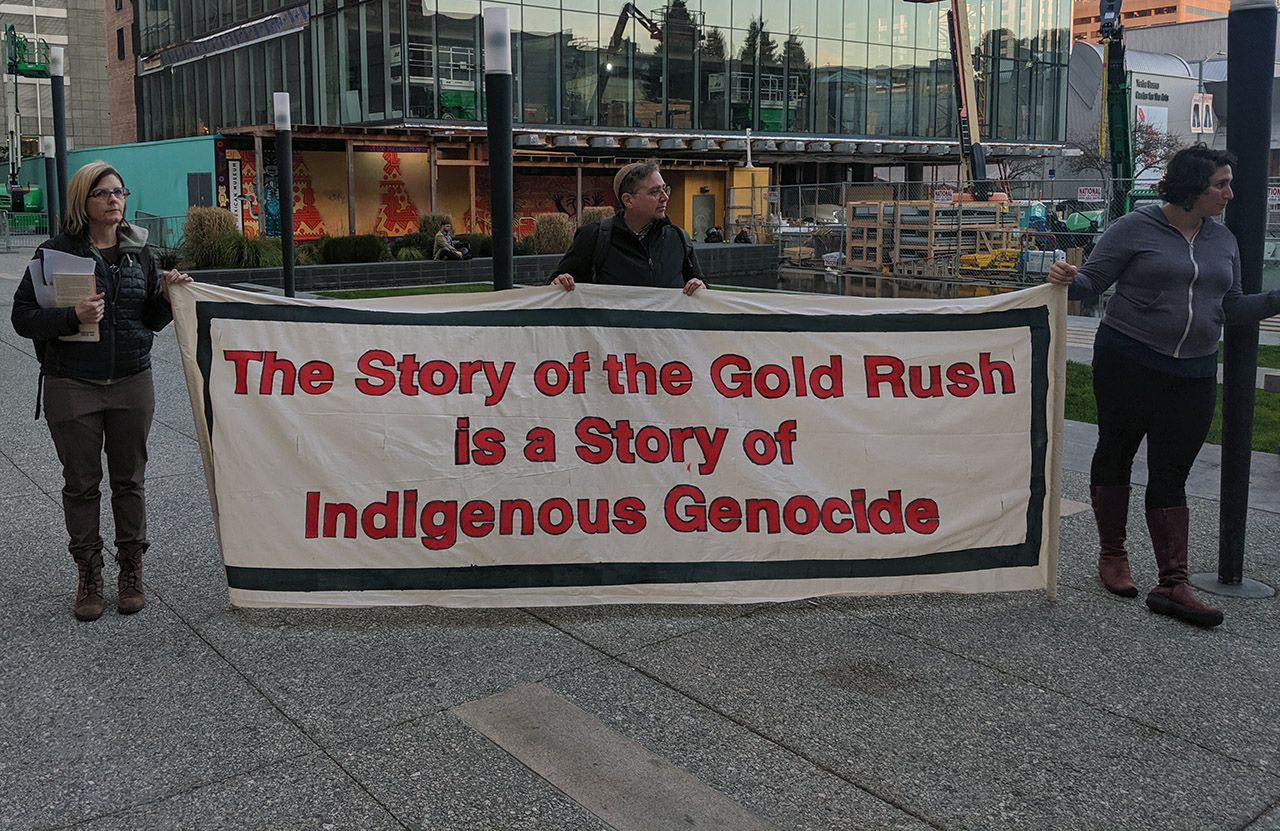 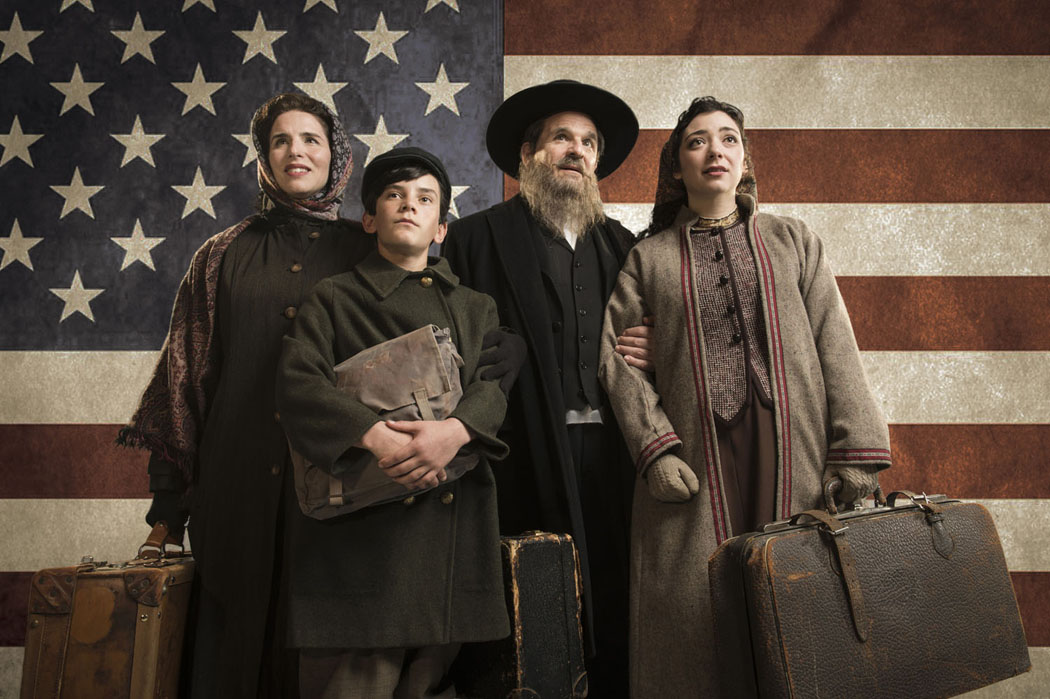