At least 28 mortar shells were fired from Gaza on southern Israel, including one that exploded in the yard of a kindergarten shortly before students were set to arrive.

The Iron Dome missile defense system intercepted most of the shells, which were fired in three barrages on Tuesday morning, according to the Israel Defense Forces. It was the largest number of projectiles fired on Israel from the coastal strip since the 2014 Gaza war.

In response, the IDF said it struck more than 35 targets belonging to the Hamas and Palestinian Islamic Jihad terrorist organizations in Gaza. Among the targets was a terror tunnel that stretched under the Kerem Shalom border crossing for humanitarian goods, as well as weapons storage sites, naval targets and a terrorist headquarters.

“Israel views with utmost gravity the attacks against it and its communities by Hamas and Islamic Jihad from the Gaza Strip,” Israeli Prime Minister Benjamin Netanyahu said in the hours following the attacks in an address to the Galilee Conference.

“The IDF will respond with great force to these attacks. Israel will exact a heavy price from anyone who tries to attack it, and we view Hamas as responsible for preventing such attacks against us.”

The kindergarten struck by a shell and all other schools in the area opened as usual on Tuesday morning.

The attack from Gaza reportedly has been linked to the death of three Islamic Jihad operatives, who were killed early Sunday morning in a retaliatory strike by Israel on a Hamas outpost. The terrorist group had placed a bomb near the border fence between Israel and Gaza in an effort to blow up Israeli patrols.

“We will not relent in our duty towards the blood of those killed and know how we’ll react to this serious escalation,” the group said in a statement.

On Monday night, Palestinians used a machine gun to open fire from the Gaza Strip on the southern Israeli town of Sderot. The gunfire damaged several buildings and a car. It was the second attack on Sderot in two weeks. 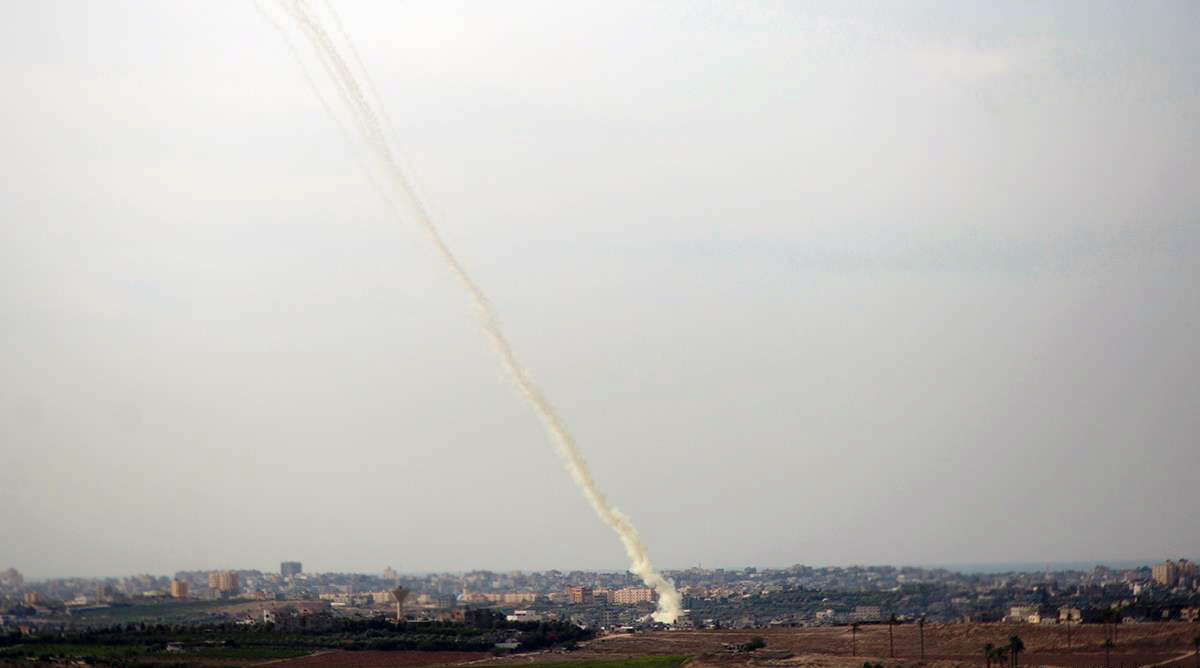