Why these investors are bullish on Israel

Israel is booming economically, according to Daniel Frankenstein, managing partner of venture capital fund Janvest. And almost everybody knows it — with the exception of one unlikely population.

“I believe the American Jewish community is one of the few places it is still a secret,” he said.

That Israel’s economy is turbo-charged is a sentiment echoed by other company leaders in the Bay Area who focus on Israel in their investing, whether through venture capital or stock picking.

“It’s interesting that the Bay Area is sort of the leader,” said Jonathan Wornick, who works in San Francisco as an Israeli business specialist for Taylor Frigon Capital Management. His official title is Israel Affairs Advisor.

David Blumberg, meanwhile, has been working with companies in Israel for more than 30 years, and he’s watched the country’s burgeoning, innovative tech world develop under his eyes. His S.F.-based Blumberg Capital, which invests in companies early in their development, has at least two dozen Israeli companies in its mix and an office in Tel Aviv.

“It’s been very gratifying to see how successful it’s been,” he said.

He agreed that although the general public may not know how hot Israel is, the tech world certainly does.

“Public opinion in the tech sector has definitely caught up,” he said.

With the media full of reports on Israeli inventions in cybersecurity, medical technology, and research and development, everybody wants to know why the “startup nation” is so good at punching above its weight.

Like many, he points to the importance the Israel Defense Forces places on technological research and development; the country’s lack of resources, which demand a need for interesting solutions; and a cultural willingness to take risks. He also points to the 1990s’ Yozma program, which provided matching funds to make investing in Israel less risky.

“It was a government program that actually worked,” Blumberg said.

Whatever the magic recipe, Israel is riding high.

That’s why Frankenstein, whose S.F.-based Janvest invests money into Israeli tech companies, thinks it’s time for U.S. Jews to catch up with the rest of the world.

“It’s hard not to see what a dynamic economy it is,” he said. “And there’s actual data to back this up.”

According to a 2018 report issued by the Organisation for Economic Co-operation and Development, “Israel’s economy continues to register remarkable macroeconomic and fiscal performance. Growth is strong and unemployment low and falling.”

That’s why for Frankenstein, it’s less about supporting Israel than just being smart. Although he loves the country, he thinks that putting venture capital into Israel is a no-brainer.

“It’s actually very practical and not necessarily ideological,” he said.

Frankenstein said only about half of Janvest investors are Jewish. He thinks there are some old misconceptions, left over from the early days of Israel, that are stopping American Jewish investors from thinking of Israel as a money-maker.

“Two generations older than me, they saw Israel as a place they were putting money knowing it would be a loss,” he said.

Janvest invests money in “internet of things” companies and cybersecurity, two areas where Israelis are known for being ahead of the curve. The fund helps the companies right at the beginning, not only with money but with assistance to figure out the U.S. market. Although investing in those bright young startups is done for the growth potential, not the sentiment, Frankenstein said, there’s still an emotional connection, as well.

“We all have roots in our Jewish identity,” he said. “It deepens that personal connection.”

For Wornick, investing in Israel is all about advocacy. At Taylor Frigon he promotes an investment strategy that buys stock in technology and health sciences companies in Israel that the firm thinks will provide long-term growth.

Wornick sees a clear connection between his work as AIPAC’s Northern California chairman and his work at Taylor Frigon, where he thinks of Israel investing as a way to support the state and fight against the BDS movement.

“Those of us who love Israel, we feel a need to respond,” he said. The fact that there are several Israel-focused investors in the Bay Area is “a reaction to some of the things that are happening on the ground in the Bay Area,” he added, such as BDS gains and anti-Israel protests.

At the same time, he said, Israeli companies are fantastic and the investment strategy solid.

“It’s beat all of the benchmarks for investing, he said.

And that vibrant growth is why all the local investors involved in Israeli companies assert that supporting and celebrating Israel is great, but is a secondary benefit that comes with making serious shekels.

“I am a true, ardent Zionist,” Frankenstein said. “But that’s not why I’m investing in Israel.” 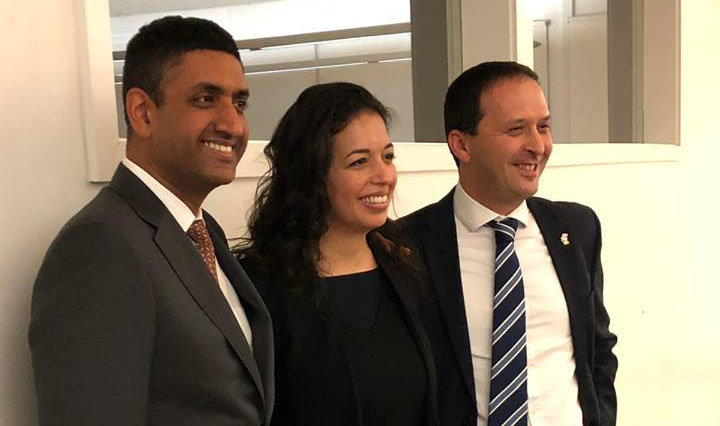