Put her name in place of his at Julius Kahn Playground

The current fad of San Francisco politicians to change historical names of schools, streets, statues, plazas, parks and anything they can get their hands on now affects a great Jewish family by proposing to remove Julius Kahn’s name from a park in the Presidio, which the city leases for just five more years (“Name of anti-Chinese S.F. Jew may be stripped from playground”). Additionally, the nonsensical contribution of the Jewish Community Relations Council to that effort defies history and respect for Jewry.

It’s understandable that Chinese Americans are outraged over statements by a then-San Francisco congressman over 110 years ago. It’s not understandable that JCRC would join the clamor without proposing an acceptable substitute, such as replacing Julius Kahn’s name on the playground until the city lease expires with his widow’s, Florence Prag Kahn, who replaced her husband in the U.S. House of Representatives for over 10 years and sponsored legislation enabling the Hetch Hetchy system and other San Francisco benefits.

Instead of insulting historical American figures, the Recreation and Parks Commission, with encouragement from Jewish institutions, should act accordingly to honor Florence Kahn, a great San Franciscan.

A recent issue had an op-ed by a newly arrived young rabbi extolling the potentials of Bay Area Jewry (“We need Jewish spaces built for intergenerational interaction,” Rabbi Andrew Kastner). Apparently this young rabbi is unaware of the unwillingness of our Jewish Federations and foundations to support a Jewish newspaper. This young rabbi might also be interested in knowing the amount of money our Federations raise and the number of donors each year.

Some other interesting basic metrics might be the percent of synagogue members who renew and the number of us who make aliyah. The fact is, we know very little about Bay Area Jewry, and J. hasn’t been of much help on that score. It’s hard to speculate about the future if we don’t know where we are today.

Does it strike anybody else as odd that the photo chosen by your magazine for an obituary of Philip Roth is of two actors who played characters of his creation? (“Writing after Roth: ‘Now vee may perhaps to begin’”) Actors whose roles were efforts to behave like fictional characters? How many degrees of separation is that? No, Philip Roth was a great writer because he found ways to convey the Jewish experience in America in ways most of us cannot articulate. Enjoy the afterlife, you’ve earned it!

Regarding the op-eds in the April 6 issue (“Israel at 70”), specifically comments written by Rabbi Brian Lurie of the New Israel Fund; Julia Daniel, a leader in J Street U Stanford; and teacher Sarah Anne Minkin — all I can do is shake my head in disbelief.

Each of them inappropriately holds Israel exclusively and entirely accountable for the discord that exists. The undertone is that the Palestinians are entirely innocent and hence owed our sympathy. Let me ask: How many offers has Israel made? And how many have been rejected? All, in both regards.

It is clear to me that they hold Israel to a higher and insurmountable level of accountability than any other nation. Who exactly is blocking the way to peace? Israel has assimilated citizens of 102 countries, speaking 80 languages. The Palestinians can’t even shake the hand of their neighbor.

We were heartbroken to learn of the recent events at the Gaza-Israeli border that resulted in the loss of well over 100 lives and so many additional injuries. While Israel — and every country — has the right to defend itself against threats to the security of its residents, we hope the Israeli government will take the utmost available precautions to protect civilian lives at its borders, the same precautions we would advocate for any country.

We weren’t there and we don’t have all the facts, but it feels like a line has been crossed. As American Jews, we believe that we share with all Jewish people, and indeed with people of all faiths, a sacred respect for human life and urge all parties to honor that tradition as they consider their responses in the future.

The protest encouraged by Hamas clearly went beyond the bounds of a peaceful protest. But people of good will should continue seeking a better future for the people of Gaza, despite their leadership.

We urge the U.S. government in particular, and all international parties, to step up their humanitarian aid to alleviate the horrific living conditions within Gaza and to continue good faith efforts to find a permanent peace in the region that provides security and a prosperous future for both Israelis and Palestinians.

Thanks to J. for your coverage of Michael Chabon’s commencement address to Hebrew Union College-Jewish Institute of Religion in L.A. (“With talk of inmarriage and Israel, Chabon’s speech to new rabbis ruffled some feathers”)

I read the full text of Chabon’s speech and it goes far beyond an attack on the Israeli occupation. What I perceived is something deeper: a man struggling to come to grips with his disillusionment that Jews are not perfect and the Jewish state cannot live up to an idealized vision of what he would like it to be — and, at least for now, a man filled with the bitterness that comes from disillusionment.

I also felt the longing of his soul for the divine realm in which there are no boundaries and the oneness of all things is realized. But I would say to Michael Chabon that he has confused life on this earth, in which we are bound by bodies and psyches, and the unbounded messianic vision of the world to come. Here on this earth, boundaries and distinctions are necessary, and the ability to skillfully make distinctions, to understand which boundaries are necessary and good and which are destructive, is part of what makes us mature as human beings. Chabon’s black-and-white thinking — all walls are bad, Israel is solely responsible for the occupation, and the Palestinians hold no responsibility for their fate — is the mark of a man still unable to come to grips with the realities of this most imperfect world.

So the question becomes: Why would HUC-JIR choose someone filled with so much bitterness and inner conflict, whose thinking is so lacking in maturity and wisdom, as the voice to inspire a new generation of rabbis?

Were Michael Chabon a true student of history — which he obviously is not — he might have learned from our 3,000-year-old history that Jews of his ilk who have railed against our people and our faith have come and gone. So too will Chabon and his baseless venom.

From Korah, Dathan and Abiram, who challenged Moses, to Karl Marx, a vehement hater of his people, all go. In the words of Mark Twain, “The Jew is eternal.” Even if Chabon’s atheistic premises are true — that the Bible, etc. is all myth — it is nevertheless a powerful myth that has changed the course of history.

Millions have been influenced by the lofty ideals of our Torah. Certainly the founding fathers of the USA were.

Were Mr. Chabon to understand the core problem of the Arab-Jewish conflict, he would know it is quite simple. The Arabs refuse to accept Israel’s right to exist in any form or boundaries. As the late scholar Bernard Lewis stated: “That non-Muslims should rule over Muslims is an offense against the laws of God and nature.” Hence a Jewish state is an anathema. And as for Chabon lamenting the poor, suffering Arabs: Well, in truth any misery from refugee status to checkpoints to Gaza are the result of Arab actions past and present. Alas, some people know a lot but understand little!

Mr. Chabon, just go back to writing your wonderful novels. 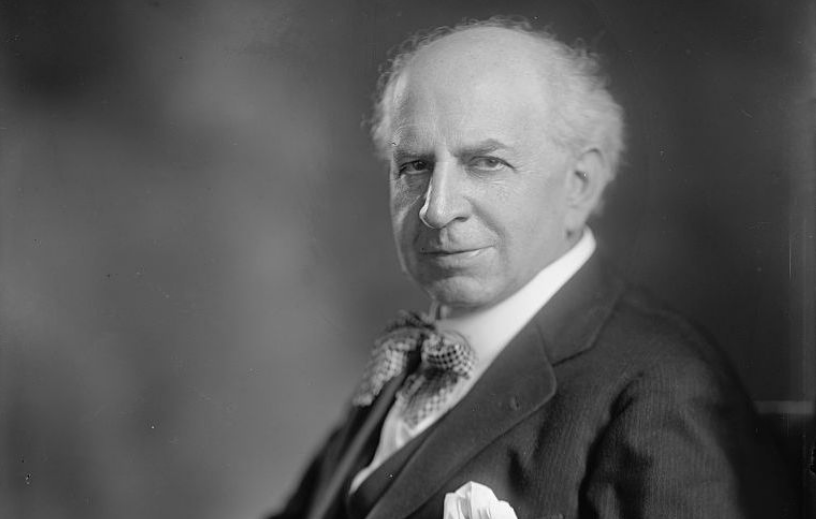