‘A middle finger’ to Nazis in this ‘Cabaret,’ old chum

Come to the “Cabaret” opening in San Francisco, and you may experience the Broadway hit in a new way.

“We’re doing a ‘Cabaret’ different from any you have ever seen,” promises Dan Shaindlin, the director.

“The show has obvious relevance to today’s political situation, but I also wanted to explore what was going on with the German people after the Nazi party came into power — what they knew, what they allowed and what they ignored,” he adds. “This production is a middle finger to Germany of the 20th century. I am a Jew, so I feel like I can do this.”

Shaindlin, a voice teacher and music director who lives in San Mateo, is the founder of The Refuge, which he describes as a “tiny gang of theater folk.” Last year, The Refuge presented its first production, “Next to Normal.” “Cabaret” is scheduled to run July 6-15 on Z Space’s 224-seat main stage at 450 Florida St.

The cast of 16 is composed primarily of college students enrolled in theater programs around the country. Six are from Carnegie Mellon University in Pittsburgh, which Shaindlin said accepts just 13 students into its theater program each year.

“That version was darker, truly disturbing. But it was also tighter musically and had a better book, so it was a more satisfying theater experience,” Shaindlin says. The Refuge’s production is closer to that 1998 version. “In our production, the Kit Kat Club is a real club, but it’s also a place in hell where people are trapped, just as they were trapped in Berlin at the time,” he says.

It’s all there in the libretto, in between the lines.

“The story is a metaphor. It’s all there in the libretto, in between the lines, but it often gets ignored in favor of the love story of the two couples. I’m also trying to explain a bigger story. We watch all these things happen to the characters onstage, but it feels as if important things are happening to them offstage, too.”

Shaindlin thinks that anti-Semitism worldwide is at a peak just now, but instead of making obvious references to that in the show, he is stressing the Nazi connection. “I’m also trying to avoid the clichés attached to the emcee from both Broadway versions. In our show, he opens as a ghost, a dead World War I soldier, and at the end, he morphs into a German officer in World War II,” he explains.

Larry McKay, 21, from Pittsburgh, plays the emcee. “It’s so interesting to play someone dealing with the club’s audience in the way, to some extent, that a political leader might communicate,” McKay says. “The emcee supports the rise of the Third Reich by providing entertainment and a culture that is complicit, but even among the clearly horrifying political circumstances, the emcee also has to maintain a lightness. To put myself in those shoes is not easy.”

Cameron Joan Wise, 20, from Chicago, plays Sally Bowles. “It’s interesting trying to justify Sally’s apolitical nature,” Wise says. “She’s a bit of an outcast who has found acceptance at the club, and life is a cabaret when she’s there. To her, that’s preferable to facing realities.”

Wise says The Refuge’s production sends a strong political message. “I hope the show sticks with audiences, prompts conversations and causes people to make connections to what’s going on now,” she says. “And I hope people will be inspired to make changes.” 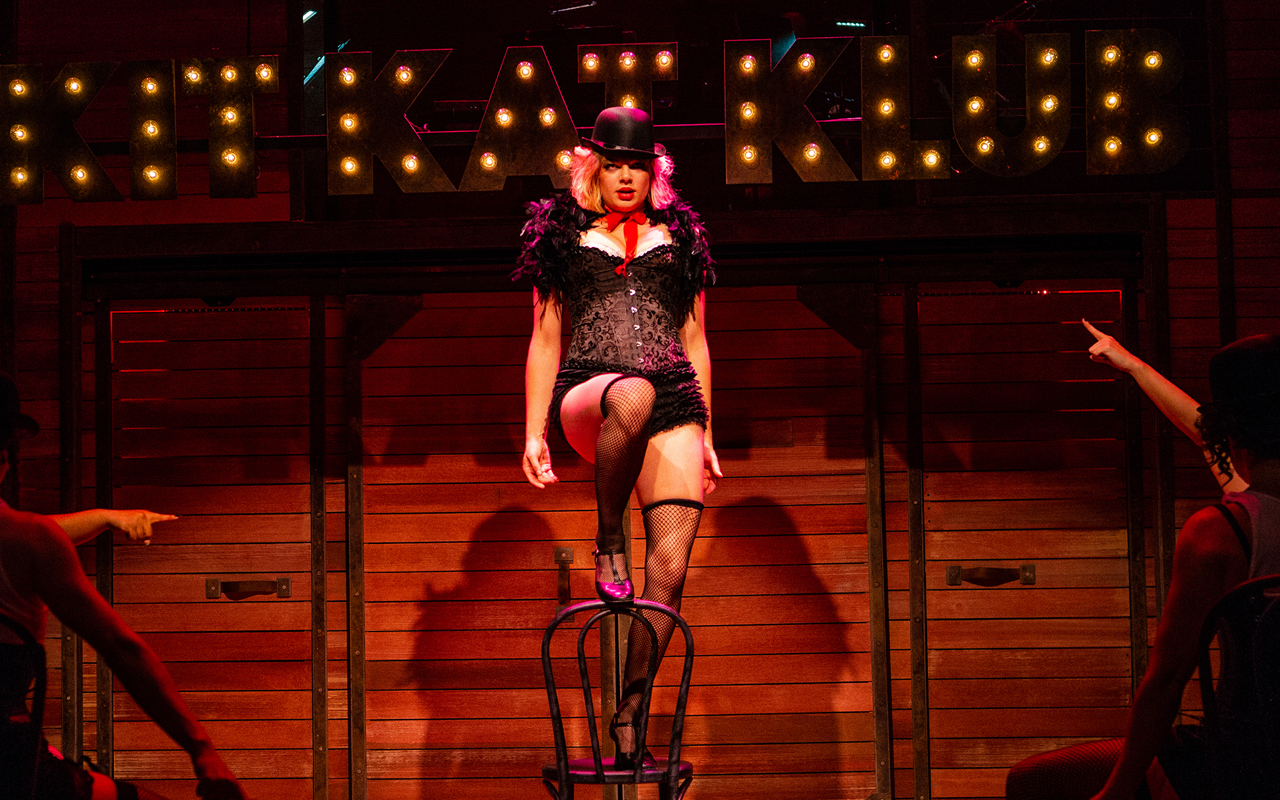 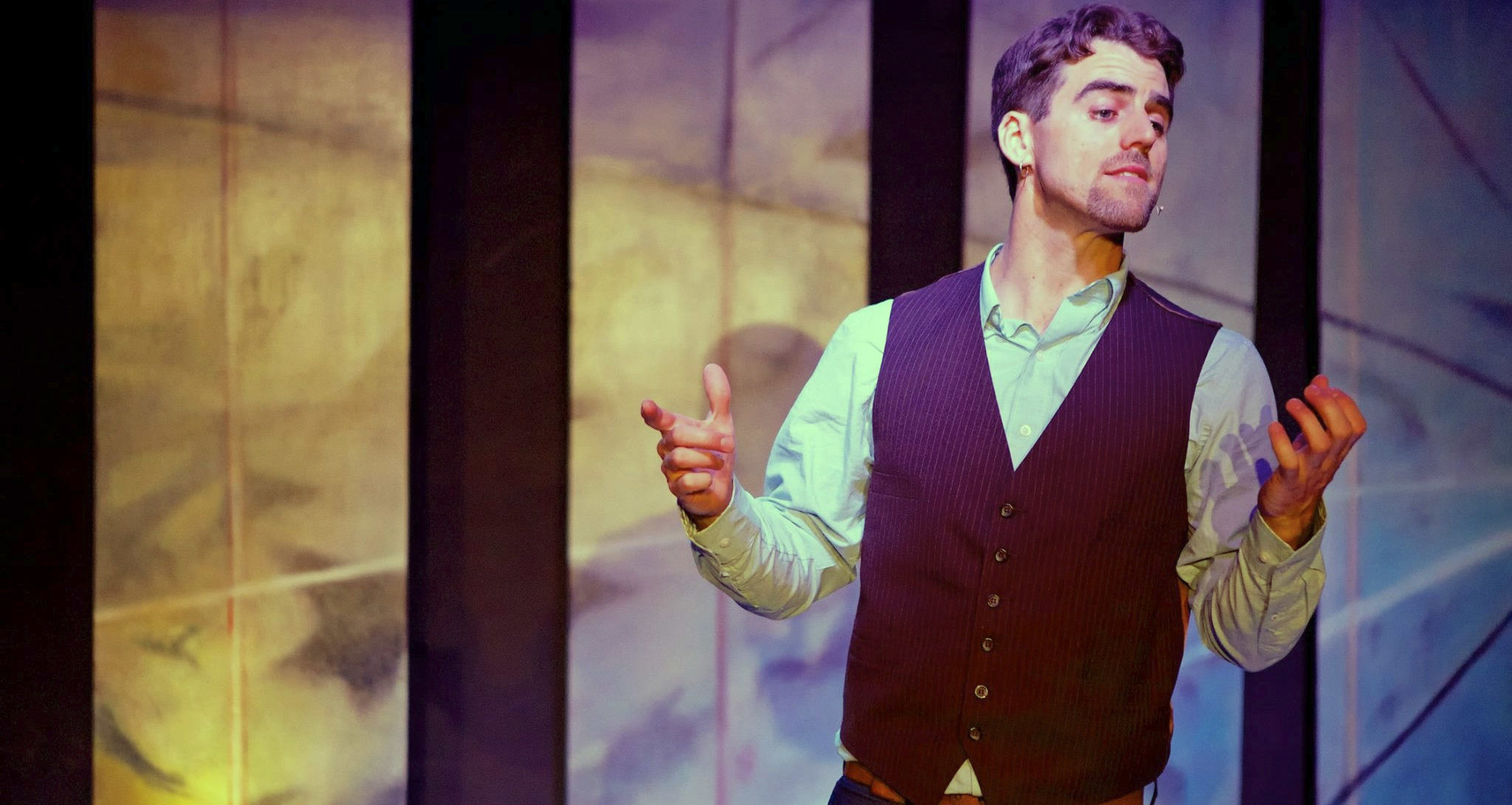