How many Jews enjoy a shrimp cocktail, tootle around town on Shabbat or indulge in a tuna on rye during Passover?

Rhetorical question. But back in the last century, one landsman actually made a name for himself by ignoring the Old Testament injunction against tattoos.

“Lew the Jew” Alberts, aka Albert Morton Kurzman, was an artist whose canvas was the human body. And while countless non-Jewish people bore his designs by the close of his career, he also tattooed his own body, says Renny Pritikin, chief curator of the Contemporary Jewish Museum, which opens an exhibit of Kurzman’s tattoo art on July 26.

“I found a photo that definitely shows his forearms tattooed. Don’t know about any other parts of his body,” Pritikin said in an email.

In “Lew the Jew and His Circle: Origins of American Tattoo,” the tattoo-curious and enthusiast alike will learn about the genesis of this body art. Today about 20 percent of Americans and approximately 40 percent of those under 30 have tattoos.

Little is known about the show’s star attraction, said Pritikin. The information that he and others do possess about Kurzman came to wider light in Marjorie Ingall’s 2015 article “Jews and Tattoos: A New York Story.” Her piece in Tablet magazine followed on the heels of the publication of “Lew the Jew Alberts: Early 20th Century Tattoo Designs,” by Don Ed Hardy, a classically trained artist who founded the (still-operating) Tattoo City shop in San Francisco 44 years ago. Hardy also founded a clothing line featuring tattoo-like designs.

Inspired by Hardy’s book, the show took root when his neighbor, CJM board member Joyce Linker, envisioned how the museum could give Kurzman’s story a larger audience.

That story began on the Lower East Side, where he was born in 1880 to poor Jews who settled there after emigrating from Germany.

“He grew up on the streets,” said Pritikin, but he attended “an amazing school,” the Hebrew Technical Institute, a vocational school where he studied wallpaper design and electrical engineering. These were skills that Kurzman would later parlay into a career as a tattoo artist. But before he did so, he served in the Spanish-American War in the Philippines, where he was likely exposed to body art, a more common practice in that region.

Kurzman’s life took an unusual direction upon his return from the war. While many of his working-class Jewish contemporaries were entering traditional trades, he veered off to form a partnership with New York tattooist Charlie Wagner, a fellow Jew.

It was a business marriage made in heaven, Pritikin suggested, because Wagner was a good businessman and “Lew was the better artist.”

During their 15- to 20-year partnership, Kurzman and Wagner received the second patent for the electrical tattoo machine. Kurzman, by now known as Lew the Jew, put flash — prototypes of tattoo designs — on the walls of their business on the Bowery, near the Lower Manhattan waterfront, which was ground zero for the city’s tattoo industry.

The CJM exhibit features Kurzman’s tattoo drawings, along with the work of Wagner and other contemporaries, including that of “Brooklyn Joe” Lieber, a San Francisco-based Jewish tattoo artist. A portion of the exhibit will include a room set up to resemble a traditional tattoo parlor. It includes wallpaper designs credited to Kurzman.

The exhibit does not shy away from the mainstream Jewish community’s discomfort with tattooing, which frequently stems from Leviticus 19:28: “You shall not make gashes in your flesh for the dead, or incise any marks on yourselves: I am the Lord.”

In his introductory text for “Lew the Jew,” Pritikin acknowledges, “There are passages in the Hebrew Bible that appear to explicitly forbid marking the skin, and which form the basis for the fact that historically it has not been an acceptable Jewish behavior.

“Nevertheless,” he adds, “the reality is that getting tattooed is a common practice among Jews today. Hanging over any discussion about Jews and tattoo is the memory of how, in Nazi death camps, numbered tattoos were applied to prisoners’ forearms during the Holocaust. Even that tragic use of tattoo has a contemporary twist: some descendants of survivors have had their relatives’ numbers marked on their own wrists as gestures of trans-generational solidarity.”

A number of CJM programs in conjunction with the show address Jewish views on tattooing. A free CJM screening of the documentary “Numbered,” which focuses on the tattooing of Auschwitz prisoners with serial numbers, will take place Aug. 7, followed by a discussion. Later in the year, on Nov. 2, writer Merissa Nathan Gerson will discuss “The Jewish Taboo on Tattoos.”

Rabbi Peretz Wolf-Prusan, chief program officer and senior educator at Lehrhaus Judaica, acknowledged the growing acceptance of tattoos among Jews. He said Jews considering body art should ask themselves, “Is this a decorative act, or is there meaning behind it that is important to you?

“That’s where the conversation can get deeper,” he continued. “That’s the question we should be asking.”

For “Lew the Jew” author and tattoo artist Don Ed Hardy, questions about tattoos have never revolved around religious concerns but, rather, their legitimacy as an art form.

For years, Hardy said, tattooing was a “maligned activity,” looked down upon as a mark of lower-class status. The CJM show, he said, places tattooing in a cultural and historic context and allows museumgoers to see it as a powerful artistic expression.

“They may not want a tattoo themselves,” Hardy said, “but they will see it as a tremendously life-affirming thing.” 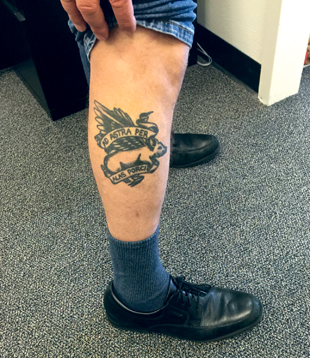 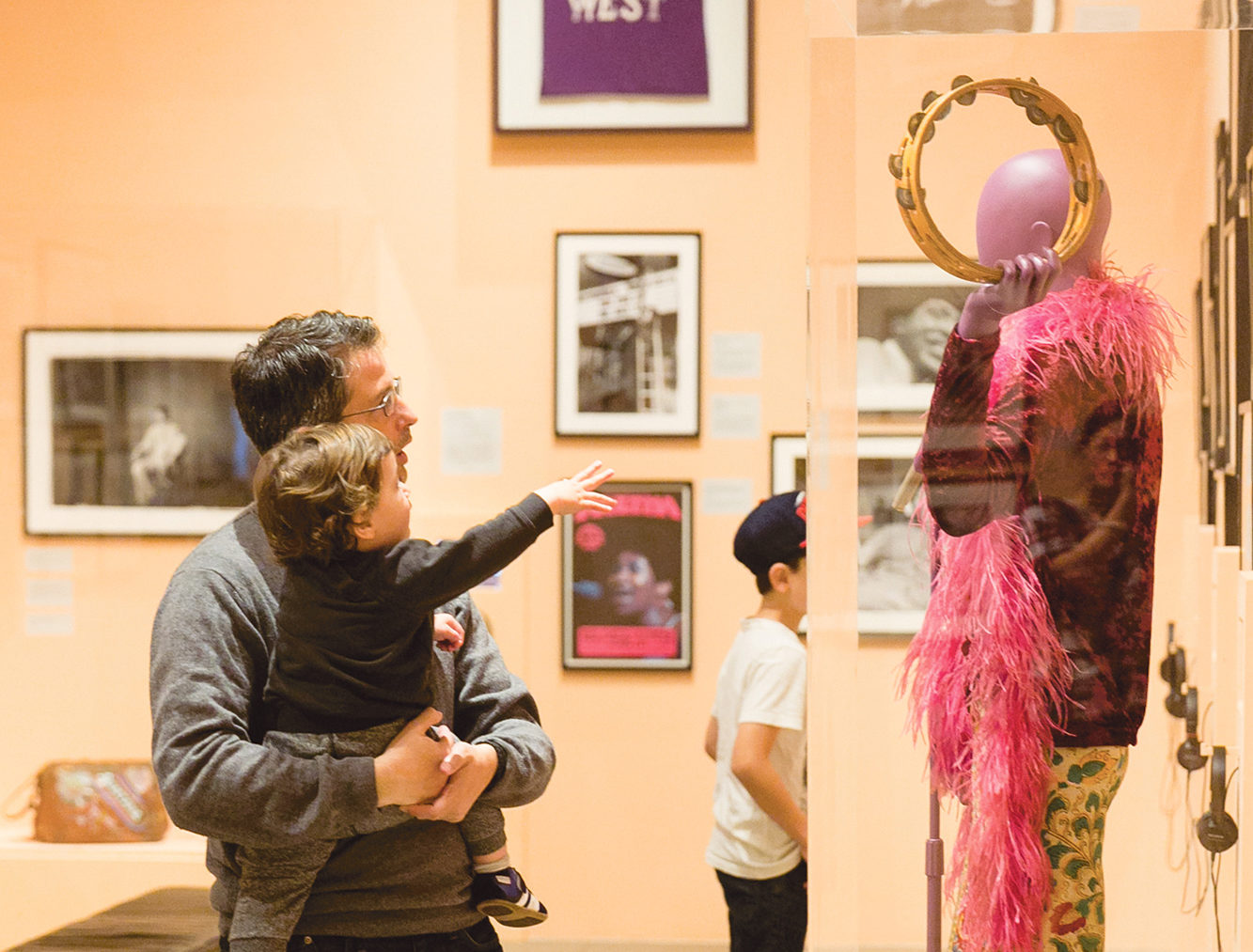 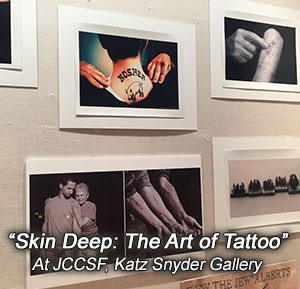