Will top sociologist’s #MeToo downfall change how we count Jews?

Over and over, across decades and cities throughout the United States, sociologist Steven M. Cohen painted a picture of American Jews using a consistent set of questions.

How much do Jews love Israel? How many Jewish friends do they have? Do they attend a synagogue? Perhaps above all, are they married to Jews and raising Jewish children?

Through countless papers, opinion pieces, speeches and books, Cohen’s research and interpretations have shaped how the organized Jewish community views itself and sets its priorities. They guided a national Jewish population study in 2001 and a New York study in 2011. Two years after that, Cohen consulted on the Pew Research Center’s landmark study of American Jews, which asked many of these same questions.

Cohen was also the principal author of the 2018 Portrait of Bay Area Jewish Life and Communities.

But in light of allegations of sexual harassment from several women, Cohen’s role as organized Jewry’s top sociologist is bound to diminish. In late July, the UJA-Federation of New York, the country’s largest federation, announced it would no longer work with him. Already some are wondering what his absence will mean for his research priorities, which have become the standard for the Jewish establishment.

And according to others in the field, a reconsideration of those proprieties — which they say emphasize the size of the Jewish population and outmoded measures of Jewish observance over the inner lives of American Jews — is long overdue.

The titles of articles that Cohen has written over the years reflect the demographic concerns — and anxieties — of a generation of Jewish planners: “Lessons Learned From Orthodoxy’s Dramatic Growth.” “Can Intermarriage Lead to an Increase in the Number of Jews in America?” “Conservative Jewry’s Numbers Plummeting, but Core Engagement Steady.”

“We would argue that numerical strength is inherently valuable and essential to the meaningful Jewish life of American Jewry,” he wrote with a colleague, Mijal Bitton, in a 2015 article titled “More Is Better When It Comes to Jewish Numbers.” “More engaged Jews mean stronger communities able to mobilize more people and more resources, critical to achieving political influence, social diversity, cultural creativity and religious vitality. Synagogues, day schools, Israel trips, camps and more all depend on Jewish numbers, and so do institutions devoted to bettering the world — such as American Jewish World Service, Repair the World and Mazon.”

A number of colleagues say that, with or without Cohen, Jewish communal organizations would be — and should be — focused on questions of population, intermarriage, birth rates and levels of traditional observance.

“Not just researchers, but the American Jewish community has been concerned with the size of the population and changes in the population of different communities,” Leonard Saxe, director of the Cohen Center for Modern Jewish Studies at Brandeis University, wrote in an email to JTA. “This concern shouldn’t be surprising in light of Jewish history. Our leaders are from a generation who grew up in the shadow of the Shoah and concern about questions of survival seem perfectly understandable.”

RELATED: 2018 ‘Portrait’ of Bay Area Jews shows us who we are

But Cohen’s departure from the Jewish communal scene, at least for the immediate future, has prompted some of his colleagues to call for a shift in the questions the Jewish community asks about itself. Those questions, they say, shape a view of how American Jews should live and what programs their institutions should create and fund.

Cohen would “ask questions according to a very rigid model of what Jewish continuity and good Jewish life is,” said Lila Corwin Berman, director of Temple University’s Feinstein Center for American Jewish History. “I think the categories he constructed about what makes a good Jewish life … have a particular worldview and particular set of values that he and others might believe in, but not every scholar does.”

Along with using objective metrics concerning marriage, traditional observance and connection to Israel, Berman and others say, Jewish organizations should ask how Jews experience their own Judaism and go from there.

Some take issue in particular with Cohen’s focus on Jewish continuity — the question of how many Jews will exist, identify as Jews and affiliate with Jewish institutions in future generations. Cohen has long cited statistics to conclude that the ever rising numbers of Jews marrying people of other faiths is “the greatest single threat to Jewish continuity today.”

“What I would love to see change are some of the questions that get asked, and specifically the questions that shape the debates over continuity and the birth rates of Jews,” said Deborah Dash Moore, a professor of American Jewish history at the University of Michigan. “Stop assuming that there are gradations of being Jewish that make one better than the other, that intermarriage is a bad thing or that intermarriage is a good thing.”

Cohen wrote his doctoral dissertation on intermarriage and has done studies for a variety of Jewish organizations, including Jewish federations, Jewish community centers, Hillel International and overnight camps. He has taught at Hebrew University, the Jewish Theological Seminary and Hebrew Union College-Jewish Institute of Religion, where he currently is a professor.

In July, the New York Jewish Week published an article detailing allegations from eight women accusing Cohen of sexual harassment and assault, including forcibly groping and kissing women in professional settings. In a statement, Cohen acknowledged that he had engaged in inappropriate behavior and apologized.

Jewish organizations began cutting ties with him. He resigned as president of the Berman Jewish Policy Archive, a database of Jewish communal policy research at Stanford University. He was removed from the board of the Jewish Student Press Service (of which this reporter is also a member). And Hebrew Union College has opened up a Title IX investigation against him but has not released a statement directly commenting on the allegations.

“We contracted with Professor Cohen on multiple projects over the years, as did many other Jewish organizations seeking his expertise,” UJA-Federation CEO Eric Goldstein wrote in a statement on July 27. “We will do so no longer. We respected and trusted him, and we were deeply pained and shocked to learn of these allegations.”

The 2011 population study that Cohen co-authored for the New York federation illustrates his focus in determining Jewish engagement. In addition to measuring the size of the population, its economic state and the intermarriage rate, the study’s executive summary defines Jewish involvement using traditional practices.

“More than half of all Jews feel that being Jewish is very important, give to Jewish charity, attend a Passover seder, light Hanukkah candles, fast on Yom Kippur and report that their closest friends are mostly Jewish,” the survey said. “At least 40 percent feel that it is very important to be part of a Jewish community, feel very attached to Israel, visited a Jewish museum or participated in a Jewish cultural event …”

A JTA opinion piece he co-wrote last year is titled “Fewer marriages and fewer children means fewer Jews doing Jewish.” A 2016 piece he co-wrote in the Los Angeles Jewish Journal said that the high intermarriage rates and low Jewish engagement found in Western states “would be unfortunate for Jewish continuity, not only in the West but throughout the United States.”

It’s not people who intermarry…. It’s the challenge of greater access to Jewish education.

Cohen’s approach on intermarriage does not tell the whole story, said Keren McGinity, director of Hebrew College’s graduate program in Interfaith Families Jewish Engagement. McGinity wrote an op-ed in the Jewish Week in June accusing a senior colleague, whom she later identified as Cohen, of sexual harassment.

According to McGinity, the root cause of Jewish disengagement is a lack of Jewish education. She added that gender is part of the discussion, citing data that Jewish women who intermarry raise Jewish children at higher rates than intermarried men.

“Intermarriage is used as the lightning rod,” she said. “But in reality, it’s lack of Judaic knowledge. So it’s not people who intermarry, people who fall in love with people of other cultures, faiths or backgrounds. It’s the challenge of greater access to, and matriculation into, Jewish education.”

A few experts said that the measures Cohen applied imply a set of traditional priorities. Instead, they said, the Jewish community should ask Jews how they define their own Jewishness, and then follow up on those priorities — be they engagement with the arts or social justice activism.

Cohen “doesn’t tend to ask about how people feel about being Jewish, or how they make meaning about being Jewish,” said Bethamie Horowitz, co-director of the education and Jewish studies doctoral program at New York University. “Other approaches have looked at how people relate to Judaism, however they understand it — letting individuals describe what they experience and what is meaningful to them.”

Cohen’s defenders say the numbers don’t lie and point to studies demonstrating that few children of intermarriage who identify as Jews are likely either to marry other Jews or raise their children as Jews. And Cohen himself has long championed Jewish educational programs and social networks that aim to deepen individuals’ and families’ Jewish engagement and sense of meaning.

Some have tied the content of Cohen’s work to the behavior that led to the accusations against him. Writing in the Forward, Berman and Jewish professors Ronit Stahl and Kate Rosenblatt asserted that the sexual harassment allegations “reflect the troubling gender and sexual politics long embedded in communal discussions of Jewish continuity and survival, the focus of Cohen’s work.

“These norms make it OK to tell women how to use their bodies, whom to marry, when to have babies and how to allocate their time,” they wrote. “They have also told people who fall outside of the parameters set primarily by men that their ways of being Jewish are not valued or valuable.”

Another leading Jewish demographer, Ira Sheskin, said that confronting and responding to the allegations against Cohen is the right thing to do. But regarding the content of Cohen’s work, Sheskin said, “his opinions are well founded and he does look at the facts and come to conclusions.

“He’s going to be on the outside for a while now, and the field will suffer for that,” added Sheskin, chair of the department of geography and regional studies at the University of Miami. “The field is going to be better off in the long run that we’re dealing with this issue. … If this results in people being more sensitive to how people behave toward one another regardless of gender, in the long run, Jewish social science will be better off.”

McGinity said that Cohen’s departure from the field will create space for more people to do the same work, opening the door to different perspectives and methods.

“The field could change by making room for a greater diversity of voices to be heard,” she said. “And more voices will generate new sociological questions about American Jewry.” 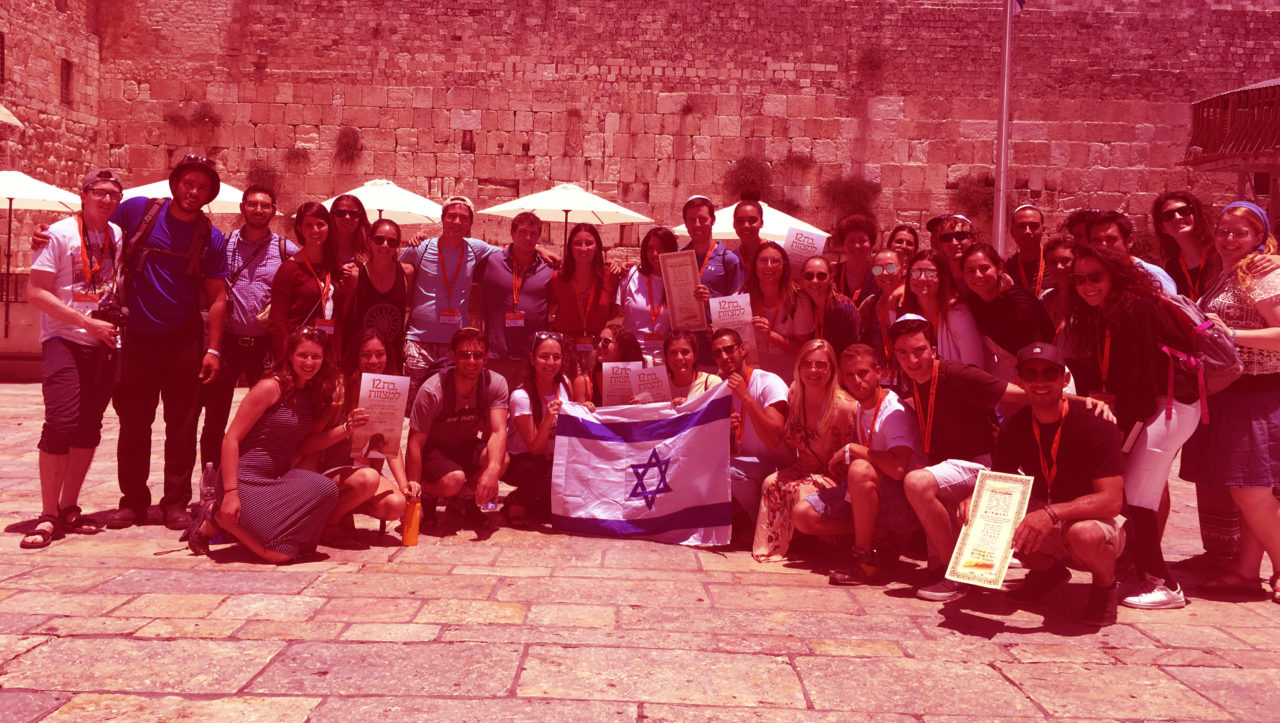 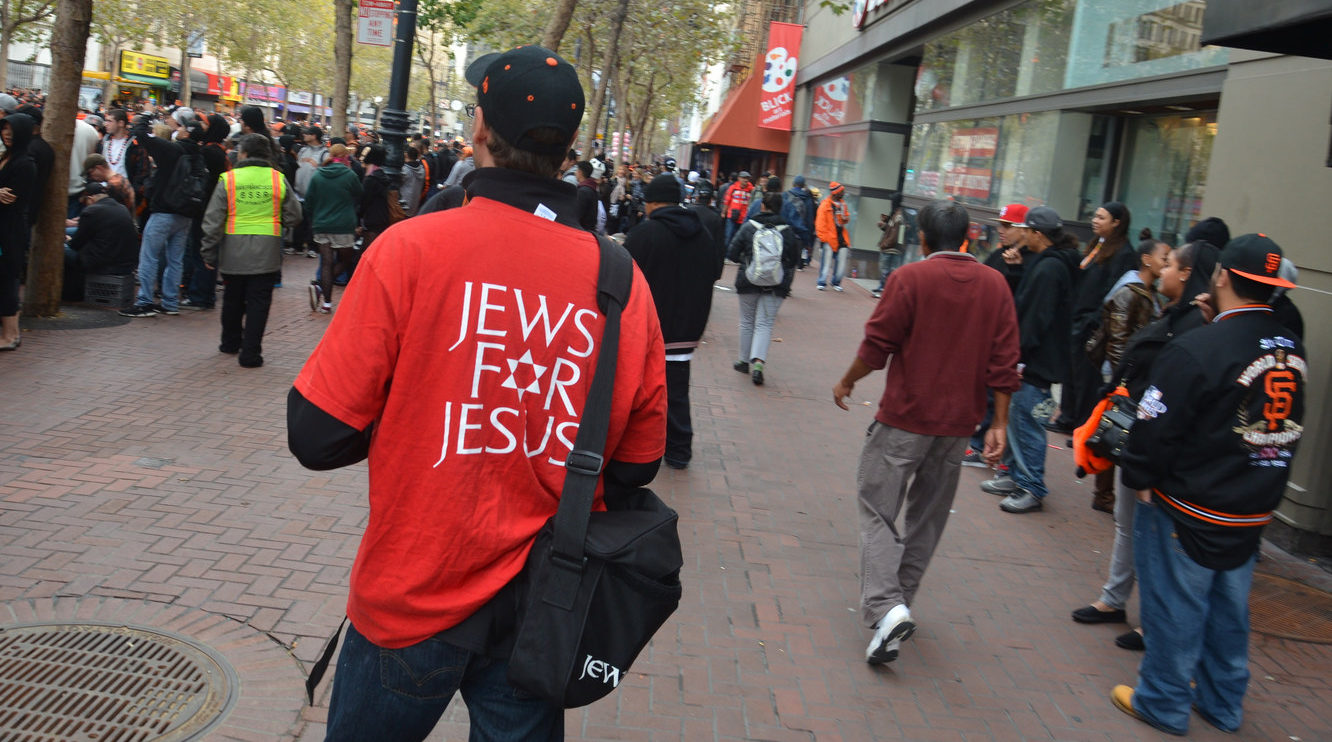