Can’t criticize Israel among Jews. Can’t be Jewish among progressives.

This column was originally published in The Daily Californian.

It was the very end of high school when I first got a taste of what being Jewish at UC Berkeley might mean.

During a student-parent event in the June of my senior year in high school, a classmate’s mom approached me. She was concerned about my decision to attend school at what she believed to be an anti-Semitic campus. Weren’t my parents worried for my safety? Afraid of the anti-Israel violence I was bound to come across? How could my parents let me — a Jewish student — throw myself into such a dangerous and intolerant environment? This is how my classmate’s mother perceived UC Berkeley.

Gradually, I began to realize that her fears, though largely irrational, are shared among Jews both within and outside of the Berkeley community. She is only one of the many people I encountered during my first year at Berkeley who view Jewish students as an oppressed minority on campus.

And it’s not just protective parents who share her concerns. I was walking with a group of Jewish Berkeley students earlier this year when one student said she felt victimized on campus. When I asked why, she said her Jewish identity was under threat outside of the comfort of Berkeley Hillel’s walls, citing the anti-Israel sentiment expressed by many pro-Palestine groups.

But those who cast the entire Jewish student body at Berkeley as victims tend to conflate anti-Israel sentiment with anti-Semitism. This makes it difficult for Jewish students like me to openly criticize the Israeli government and its policies in Jewish spaces.

To a certain degree, I understand the defensive barrier that comes up, often instinctually, when you feel as though your identity is being challenged. Many Jewish-American kids are taught that Israel is synonymous with Judaism. Having gone to a Jewish elementary school, I can attest to the fact that most Jewish and Hebrew schools refrain from discussing — let alone criticizing — Israeli policies, especially those dealing with Palestine. This type of education places Israel at the very heart of a Jewish identity.

I love Israeli culture. My saba (grandfather), an Israeli dancer, fostered this love of mine. He has taught me how to care deeply about the state of Israel, his homeland. But my grandpa has also taught me something that most Jewish schools do not: An important part of loving your country is being critical of it. That’s why the one-sided, dogmatic view of the Israeli-Palestinian conflict so common in Jewish spaces can be counterproductive. It shuts down balanced discussions and oversimplifies a complex issue.

An important part of loving your country is being critical of it.

Yet there are also Jewish students who feel alienated from progressive organizations on this campus that sometimes, usually as a result of ignorance rather than any malicious intent, politicize Judaism itself. My first year at Berkeley taught me this as well.

Take the example of my friend Camron King, who attempted to organize an event for Jews of color in partnership with the Multicultural Community Center. Camron approached the MCC last year and was met with a surprising response from one of its interns: According to the intern, she could host the event — but on the condition that it would not be affiliated with Berkeley Hillel, a prominent Jewish organization, because of Hillel’s pro-Israel stance. The assumption underlying the intern’s comments was that pro-Israel means pro-oppression, pro-occupation and anti-Palestine. The assumption was that being pro-Israel — that is, believing in the existence of the state of Israel — indicates unconditional support for Israeli policies.

“While I understood where [the MCC intern] was coming from, it kind of sucks to have to defend yourself before you even tell them who you are,” Camron said of her encounter with the intern. “Our event didn’t have anything to do with Israel at all. It was about the intersection of two different identities.”

Camron was put in an uncomfortable position in which she was forced to explain her personal politics and distance herself from an established Jewish community, all while trying to organize an apolitical event. To me, this seems to go against the values of inclusivity and diversity that the MCC aims to promote.

I’m Jewish — and I know what my Jewish identity means to me at this point in my life. But I find it difficult to celebrate my Jewish identity in certain secular and progressive spaces on campus without people making assumptions about my politics or my beliefs, given the deep association between Judaism and the Israeli-Palestinian conflict. At the same time, I am frustrated by the fact that many Jewish organizations, communities and people do not want to have honest and potentially critical discussions about Israeli policies, even in the context of Jewish identity.

I don’t have an easy solution, or really any solution at all. What I do have, though, are my own experiences that lead me to believe that when it comes to Judaism and Israel, our campus is in dire need of more nuanced discussions. As a start, Jewish communities need to be more open to debate about Israeli policies. And progressive campus organizations need to more explicitly welcome Jewish students, with the understanding that being Jewish is not always about blind support for Israel or even about Israel at all. 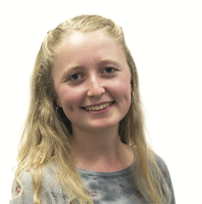 Danielle Kaye is a sophomore at UC Berkeley and an assistant news editor at The Daily Californian.