S.F. must atone for treatment of black workers

On Sept. 19, Yom Kippur, I took the day off from my job at San Francisco General. Instead of going to synagogue on the Day of Atonement, I decided to go to City Hall to participate in a Board of Supervisors committee hearing about the discriminatory harassment, bullying and firing of black San Francisco city employees across all sectors.

On the way there, I thought about the number of nurse managers I’ve had who were black since I first started working at San Francisco General Hospital in 1987: zero.

When I arrived at the meeting, the city’s head of human resources revealed that black employees are disproportionately being “let go” before completing the initial probationary period. Despite making up only 15 percent of the workforce, black city employees make up 34 percent of dismissals. Survival of probation is no guarantee of being treated with dignity or respect. More than one person testified about being called a n— on the job, reporting it to management and the Equal Employment Opportunity office only to be told by the San Francisco Department of Human Resources that their complaint was not substantiated.

Several people at the meeting testified that they were made physically ill and forced to resign because of the abuse they endured. Black health care workers described the loneliness of being the only one in their area and not even bothering to apply for promotion, as they knew their application would not be considered. Nurses described being punished for speaking out about poor treatment of black patients. Many people spoke of wanting to work for their communities in the public sector and being mystified by their mistreatment.

I feel solidarity with black employees because we are both accustomed to being blamed for our misfortunes.

As a Jew, I feel solidarity with black employees because we are both accustomed to being blamed for our misfortunes. As a public sector worker, I am exhausted by the scorn that some politicians heap on civil service employees. As a nurse, I am dismayed by how the preventable epidemic of racism is allowed to continue. As a taxpayer, I am disgusted by how little taxes are paid by corporate behemoths Facebook, Wells Fargo and Bank of America and how they were rewarded by the administration of the late mayor with the naming rights of “Zuckerberg San Francisco General Hospital,” “Wells Fargo Plaza” and the “Bank of America Medical-Surgical Unit.”

It is important to note that Facebook reports vanishingly small black leadership and both banks were found to be systematically preying upon black and Latinx homeowners and employees.

I am very proud of my Service Employees Union International Local 1021 for organizing this day of testimony, and I feel oddly uplifted. Why? Because I saw how courageous my city employee brothers and sisters are. Because calling for fair treatment of black workers does not diminish other workers. Because I have always felt seen, welcomed and appreciated by non-white co-workers. Because I know I can count on union members and staff to show up when I am being unfairly treated or humiliated. Because there are many more of those of us who want to build each other up, not tear each other down. Because I witnessed the Board of Supervisors chambers blessed by the tears of black people who refuse to surrender to despair.

One of the union staffers and I shared a twinge about working on the holiest day of the Jewish calendar. No disrespect to all my people who prayed and fasted that day, but for me the Board of Supervisors chambers turned into a synagogue. 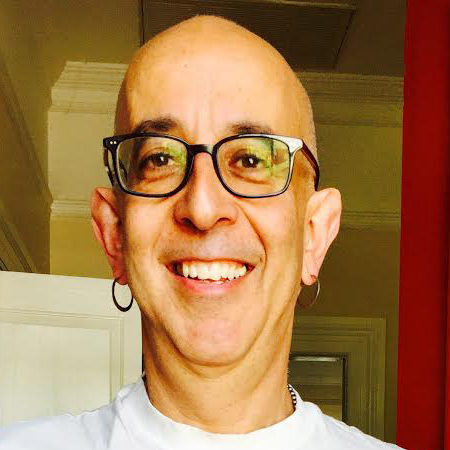 Sasha Cuttler, R.N. is a nurse at San Francisco General Hospital and an activist with the Service Employees International Union Nurse Alliance.