This activist has a radical 19th-century vision for S.F. real estate

San Francisco activist David Giesen, 60, runs the nonprofit Henry George School from his Bernal Heights home. Henry George was a 19th-century economist, social philosopher and journalist who advocated for a land-value tax, a “socialized” levy of equal taxation. Giesen teaches land-use economics and leads a Saturday tour, “Land, Villains, and Revolutionaries,” during which he illustrates “the wicked and wonderful and nasty things people have done (and are still doing) to get land in San Francisco.”

J.: You discovered Henry George’s 1879 book “Progress and Poverty” during high school in Texas, but you attribute your progressive politics to other sources.

Giesen: In college, I began exploring the sociology of the Bible. Louis Wallis’ “Sociological Study of the Bible” (1912) and “The Bible Is Human” (1942) transformed for me the Hebrew Bible into an eminently relevant text exploring the material foundations of social justice.

Several tracts of Hebrew literature have most motivated me to be the “land and liberty” champion that I am: Amos 2:7, “The oppressors stomp the poor into the ground” and “The oppressors lust after the very dust of the field that has settled on the day laborer’s clothes,” and Isaiah 5:8, “Woe to those who add house to house and join field to field …”

I have always been intrigued by the Jewish prophets. Many of them were upset by the absence of the forgiveness of debt, so they developed a debt-forgiveness program, which is spelled out in Leviticus in the account of the Jubilee.

Henry George wasn’t Jewish, but he had Jewish connections, yes?

He did. In 1878, he was asked to deliver a speech to the Young Men’s Hebrew Association of San Francisco. He entitled it “Moses,” and it was about the significance of Moses as a social reformer. The Jewish American poet Emma Lazarus, who is better known for “The New Colossus,” which is inscribed on the Statue of Liberty, was a Georgist, and she wrote the poem “Progress and Poverty,” named after George’s book. It was published in the New York Times in 1881.

It’s interesting that you define yourself as a Jewish progressive, when most of your past was neither identifiably Jewish nor progressive.

My father was in the Air Force, and I lived in Ohio and Tennessee before spending six years in Texas — from the sixth grade through high school. Actually, military life was wonderful for a kid, and you could also say that it is one of the most non-elite organizations in the country. Everyone is in the foxhole together. There is universal health care and universal recreational activity, and all the kids play with each other. There is less pay disparity in the military than in other sectors.

It’s true that there are not many progressives in my family. My mother is a member of the tea party. She’s an intelligent woman — a ceramicist and textile artist — but when the subject of politics comes up, it has to be quickly abandoned.

You’ve run for office at least twice — on a Henry George platform for San Francisco mayor in 2003 and for a seat on the San Francisco Democratic County Central Committee.

I ran as a gadfly for mayor. I received a token number of votes. I attended a number of candidate forums and most people were baffled by my platform. San Francisco real estate being what it is, it make complete sense that most people would run in the other direction. But I’m engaged, and I try to be a loudmouth, and I’m gifted with a remarkably cheerful personality and enough of a desire to speak and share [my viewpoints], so I try to create occasions to do so.

And there’s also another way you share your viewpoints?

Playwriting. I’ve penned 10 full-length and 49 one-act plays. Approximately 36 of the one-acts have been performed in schools. The themes include social justice, guilt and redemption. I’ve had a one-act commissioned by the San Francisco Historical Society. It has been produced four times for general public audiences.

There is a bit of theatricality, too, to your Passover seders?

I hold them at a parklet, which I invite the public to. We read multiple stories [about liberation]. And while there’s more traditional Jewish food, there will be other food reflecting other cultures, such as corn bread for African Americans and soda bread for the Irish. 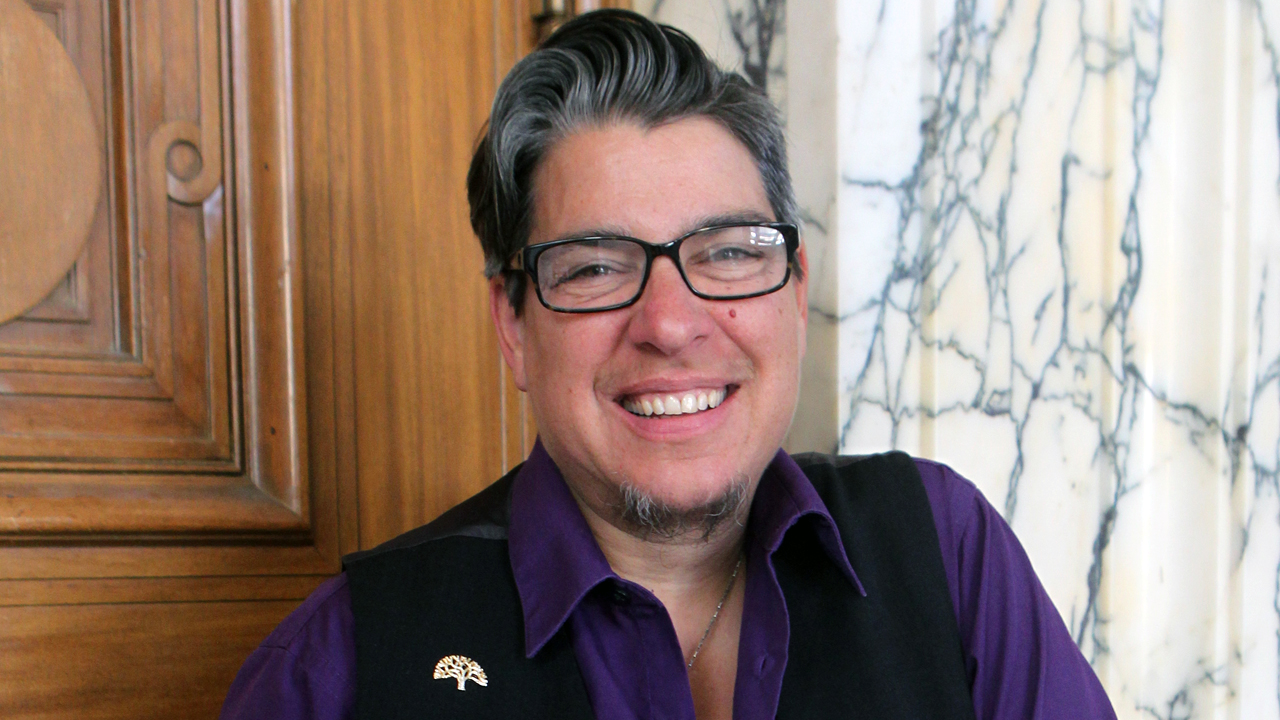