My daughter won’t circumcise her son — what can I do?

Dear Dawn: My pregnant daughter just learned her baby is a boy. She and I just had an animated discussion because she announced to me she doesn’t plan to circumcise him. Her non-Jewish husband is circumcised and on my side, but won’t confront her. I told her that not only will she be breaking with generations of tradition, but her child won’t look like other Jewish boys or his father! She says I don’t understand her feelings and that she can’t harm her baby. What can I say to make her see the light? — Distraught Grandma-to-Be

Dear Distraught: Your daughter is in a delicate place in her life. She is flooded with hormones, extremely sensitive, living with the dream of her unborn child and her vision of herself as a mother. And because of that animated discussion, it’s not wise to bring up this topic any further.

I have seen both Jewish and non-Jewish mothers-to-be have powerful feelings about the child they are carrying. I am guessing that her maternal instincts are kicking in and, at the same time, she is on the receiving end of constant, unsolicited advice from the general public. Her husband is probably reading her correctly in concluding that zero input is the best approach at this time.

The health facts about circumcision are out there for anyone who wants them. The American medical community has supported circumcision for decades. It leads to lower rates of urinary infections and lower transmission of sexual diseases. Many countries with poor medical facilities have instituted circumcision to improve health nationally.

In terms of Jewish tradition, circumcision is one of the defining practices of Jews. You are right that her son “won’t look like” most other Jewish boys. That she is not moved by the fact that he will not look like his father tells me that she’s feeling very strongly about this.

So, while you have many facts on your side, this is not your baby. I suggest you call your daughter, or write her a card (if that is easier to manage) and apologize. Tell her that you realize that this is her baby and decisions about his body are for his parents to make.

While you have many facts on your side, this is not your baby.

You can acknowledge that circumcision means a great deal to you and that’s why you reacted so vehemently. Tell her that you want your relationship with her not to be tainted by your different opinions and that no difference of opinion can diminish your joy at the prospect of your new grandson.

If you want to be supportive of your daughter and her family, then you must take the long view. Your grandson will be uncircumcised and, like many decisions that parents make about their children, there will be consequences. If you want to be in a position to be helpful as the years unfold, you will need to get your emotions and opinions under control.

Yes, in the future, your grandson could have urinary infections, and perhaps his doctor will advise a medical circumcision. If this happens, don’t say, “I told you so.” Be silent and supportive.

Your grandson could be distressed that he doesn’t look like his father. If this happens, you’ll need to be in a position to ask your daughter how she is explaining this to her son so that you can mirror her messaging. Your grandson could be embarrassed about looking different than other Jewish boys, so, again, you’ll need to be ready to reflect what your daughter and son-in-law are saying in order to help to affirm his identity and build his confidence.

It is even possible that your grandson will chose to get circumcised on his own when old enough. If this happens, again, don’t say anything negative to your daughter. She is doing what she thinks is right and you, as her mother, should be her support. You can always supportively say, “You did what you thought best and you’re a good mother.” You can simultaneously support your grandson by saying, “Like your mother, you have a mind of your own and I support you in this decision.” You don’t need to say, “This is what I always wanted.”

Brace yourself because you and I are about to get a lot of flak from the anti-circumcision movement within the Jewish community. But just as the state of your grandson’s penis is not your decision, it is not their decision either. 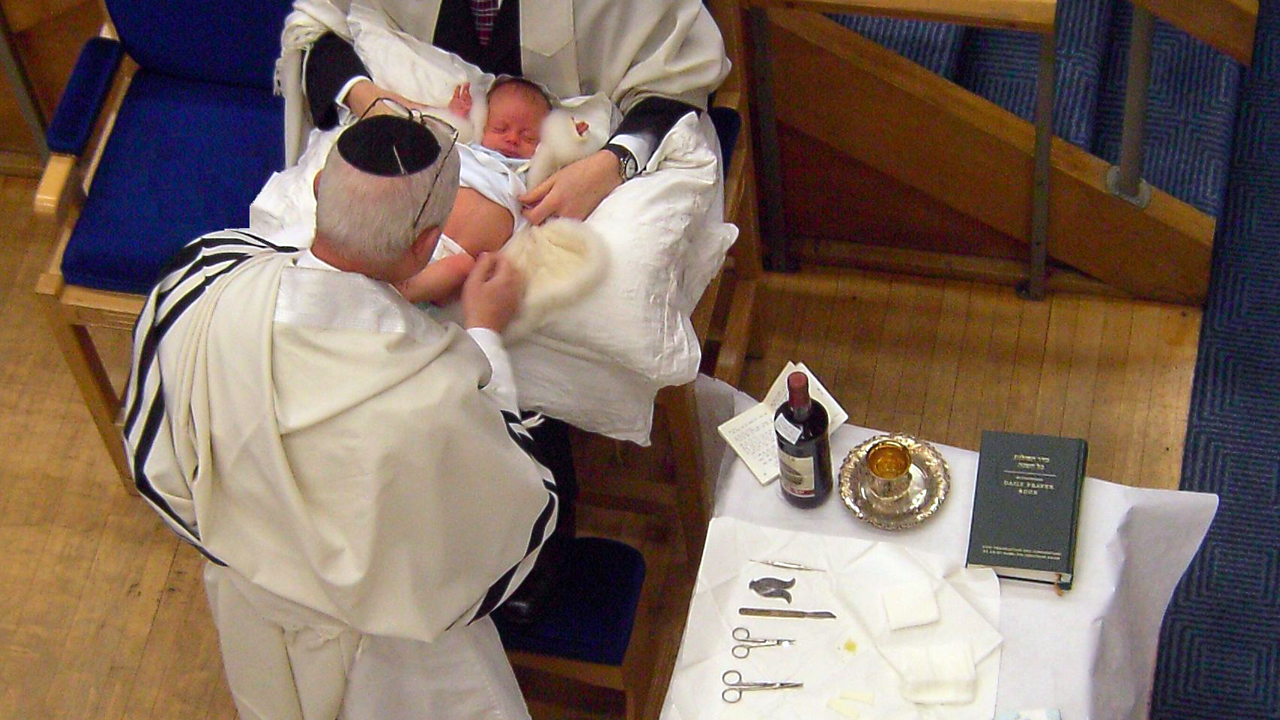