Month of Kislev: The darker the night, the brighter the light

We welcome the Hebrew month of Kislev Nov. 8-9. Kislev is connected to the mutable fire sign Sagittarius (Keshet, the bow), the Tribe of Benjamin and the traditionally beneficent planet Jupiter (Tzedek). The Holy of Holies was built upon a tiny bit of Benjamin’s tribal land during the time that the Temple stood in Jerusalem. Just as the Temple gave spiritual light to the world, Kislev gives spiritual light to the soul during the darkest part of the year.

This year, Kislev begins 13 days before the Sun enters Sagittarius on the solar calendar. This gives November a Scorpio-Sagittarius (Mars-Jupiter) flavor, supersized by Jupiter’s return to his home sign of Sagittarius on Nov. 8 for the first time since Nov. 2006-Dec. 2007 and multiplied by Mercury retrograde in Sagittarius/Scorpio from Nov. 16 through Dec. 6.

Jupiter’s propensity for devotion can be seen in how Benjamin named his ten sons for life events connecting him to his supposedly lost brother Joseph. Sagittarius the Archer is brutally honest, aiming for the highest truth with his bow, shooting right through convention, tradition and the status-quo to reach the heart of the matter. Mars-Pluto ruled Scorpio delivers precise information with characteristic intensity, focus and, when provoked or feeling defensive, with deadly venom. A passionate battle of competing truths may characterize communicative Mercury’s retrograde from Sagittarius to Scorpio and back again this year. Beware the poisonous power of wounding words, spoken in the name of truth.

Hanukkah also begins during Kislev (night of Dec. 2). During the darkening days when the sun sets early, we take courage against the gathering storm. Remember the miracles and internalize this truth: the darker the night, the brighter the light!

Your ruling planet Mars (Ma’adim) moves into peace-loving Pisces on the 15th, prompting you to seek compromise rather than confrontation. Retrograde Uranus returns to the last degrees of Aries this month, reviewing, revising and renewing changes that began in May. Creative revelations surprise you Nov. 29-30, inspiring dreams of a new project. The powerful energy boost you’re waiting for comes Nov. 18-20; use it to build yourself up, blow off steam — or, better yet, strike a blow against the empire.

Your ruling planet Venus (Noga) has been retrograde in Venus-ruled Libra all month, stationing direct on the 16th. Is it possible you’ve had too much pleasure? The new moon in your solar opposite Scorpio on the 7th plants the seed of focused intensity, which can grow into profound determination as you focus on health issues and your mind-body connection. Your senses are powerful, and your instincts are sure on Nov. 20-22 as you confidently ask for what you want, deserve and have earned.

It’s fortunate you’re such a flexible person, Gemini! You may find yourself jumping through mental hoops this month as your ruling planet Mercury (Kochav) goes retrograde in your solar opposite Sagittarius on the 16th, tempting you to favor dogma over dialogue and brutal honesty over diplomacy. Use your multifaceted intellect to provide hard facts in the face of soft ideas. Resist the urge to succumb to extremism during the full moon in Gemini on Thanksgiving Day, saving you a world of hurt.

The lunar nodes move to the Cancer/Capricorn axis on the 17th, focusing on issues of security, both personal and public. Powerful changes are afoot! These spiritual birth pangs begin now and continue with mounting intensity until May 2020. Safety will be utterly redefined over the next 19 months. You’re about to become pregnant with possibilities; prepare your soul’s fertile field on Nov. 25-26, and trust the gestation process to bring forth fruit in its time.

The transit of Jupiter into Sagittarius on the 8th gives you a positivity upgrade for the next year. You’re about to start feeling lucky again but delay extravagant celebrations this month and keep your own counsel, especially during Mercury retrograde after the 16th. Guard against the anger of Shimon, your tribal ruler, if you take offense to your honor or reputation Nov. 27-28. Though you’re straining to burst out of a sense of confinement, content yourself to be circumspect until Thanksgiving or after.

Your ruling planet Mercury (Kochav) goes retrograde in Sagittarius on the 16th, squaring your Sun and sparking controversies which normally you wouldn’t engage in. Avoid analyzing a moving target! Delay decisions until after the last quarter moon in Virgo on the 29th, which reshuffles the deck and deals you a new hand. Neptune stations direct in your solar opposite of Pisces on the 24th, resurrecting old dreams and illuminating new possibilities, and Mars in Pisces after the 15th energizes previously moribund partnerships.

Your planetary ruler Venus (Noga) retrogrades in your sign through the 16th, returning you to partnership issues you thought were resolved in early September. The full moon in Gemini on Thanksgiving Day opens your heart to the stranger, the other and the outsider. Competition between your need for intimacy and your need for privacy can be resolved by seeking emotional balance the Nov. 4-5. Find the equanimity you seek through acts of selfless devotion, which beautify your soul from within.

The transit of your ruling planet Mars into fellow water sign Pisces on the 15th relieves pressure built up since mid-May, releasing them in Scorpio on the 7th begins a new cycle of personal growth. Use your enhanced spiritual sense of smell to sniff out the scent of prosperity and abundance you’ll want to follow for the next year, empowering you to literally follow the money.

Rejoice, Sagittarius! A new cycle begins on or about the 8th when, after 12 years, your ruling planet Jupiter is back home in bountiful, enthusiastic Sagittarius. You want to get this party started, but first Mercury retrograde in your sign from the 16th onward prompts you to re-examine the terms and conditions of your deal with the universe. Take negotiations slowly, careful not to succumb to superficial bluster and fuss during the Full Moon in Gemini on Thanksgiving Day.

Capricorn and solar opposite Cancer are in for a complete transformation over the next 19 months, as fate-indicating lunar nodes move into the Cancer-Capricorn axis on the 17th. Safety and security are prioritized but will be redefined as the very things you put your trust in are reassessed for potential weaknesses. Trust in your innate inner strength. As Tribal ruler Dan guarded the borders of Israel, your ruling planet Saturn (Shabatai) guards your personal boundaries.

Huge sigh of relief by the 15th as combative Mars finally leaves your home sign, where he’s been since mid-May. The retrograde of your modern planetary ruler Uranus (Oron) in Mars-ruled Aries from the 6th onward may invite unexpected aggression from your immediate environment, while classical planetary ruler Saturn in his own sensible home sign of Capricorn may ground your flights of fancy. Full moon in Gemini on Thanksgiving Day sparks creativity and maybe even a surprise emotional connection.

It’s a win-win this month as classical planetary ruler Jupiter enters his home sign of Sagittarius on the 8th and modern planetary ruler Neptune (Rahav) stations direct in Pisces on the 24th. Things you sensed were misaligned begin to fall into place and feel more natural. Transiting Mars enters Pisces on the 15th, energizing you spiritually and sexually. Your favorite way to love is the total immersion method. Try not to drown in the sea of undifferentiated oneness Nov. 16-17. 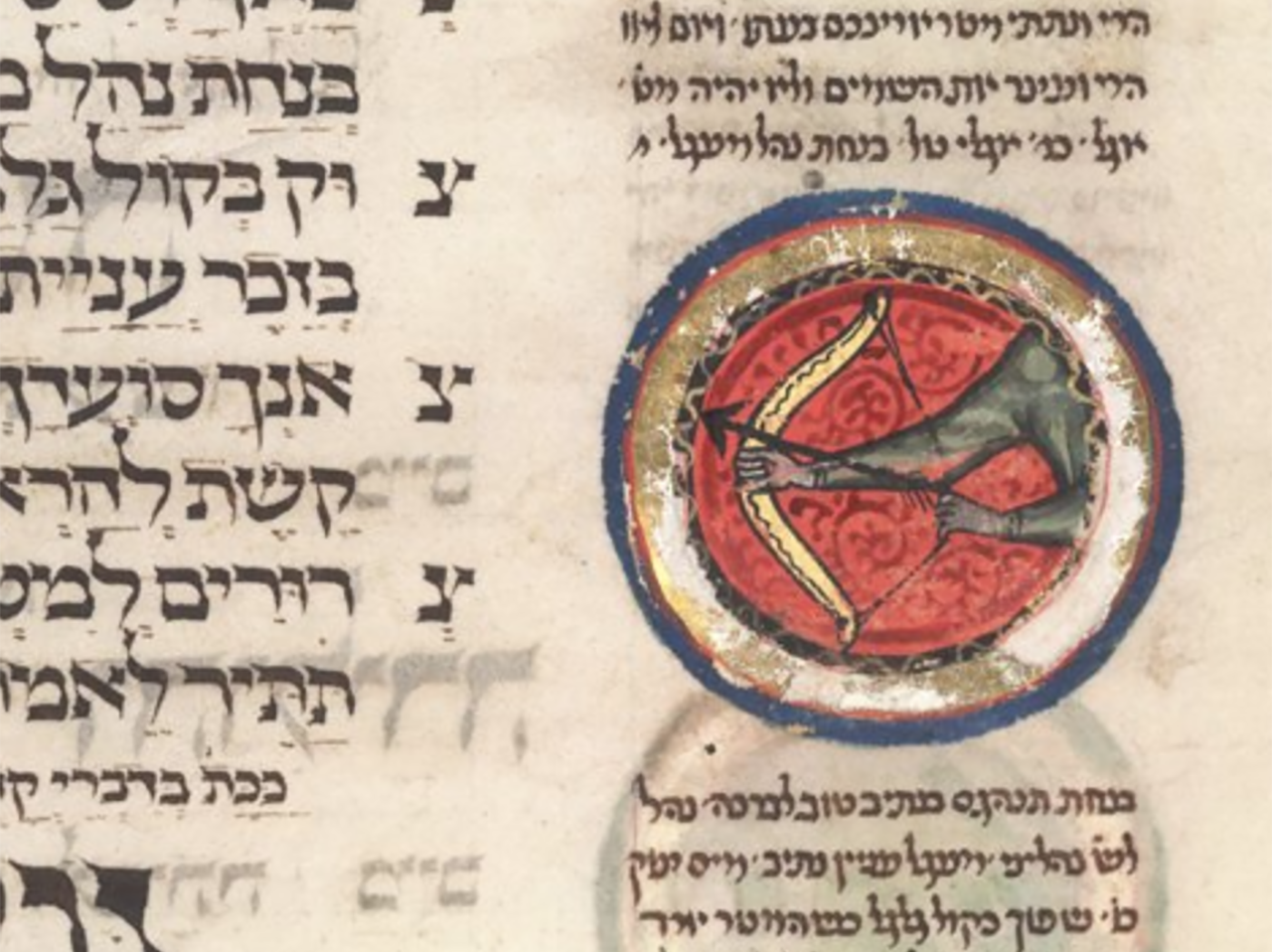 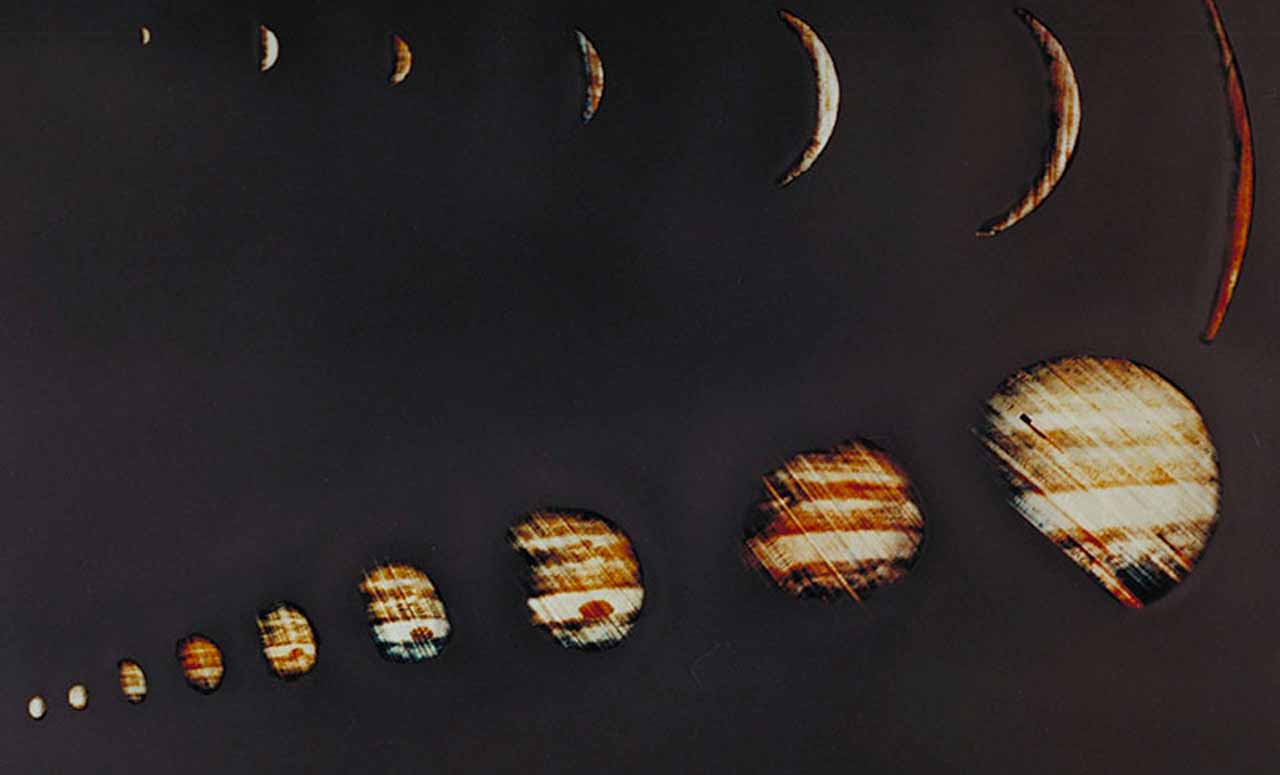