8 reasons why Hanukkah is our best holiday

It is fashionable to question the prominence of Hanukkah in American Jewish life. It is looked down upon by some as a lowest-common-denominator holiday, favored only by uneducated Jews who don’t know enough to take seriously more “important” holidays like Sukkot or Yom Kippur. It is said to be a pale imitation of Christmas, an attempt to make Jewish kids feel less left out during the Holiday (read: Christmas) Season.

On the contrary, Hanukkah is our best holiday, and anyone who says otherwise hates fun. Not only is it the quintessential American Jewish holiday, it is a time to celebrate all that is unique and special about American Judaism. It is also a time to eat fried food, which is the best food, and anyone who says otherwise is lying to appear healthier-than-thou.

Here are eight reasons why I’m right about Hanukkah.

If you think Hanukkah is the inspiring story of oil that miraculously lasted for eight days and nights, I’ve got news for you: It’s not. Well, not just that.

Most Jews are familiar with this story of Hanukkah: After winning a war with hostile foreign occupiers, the Jewish guerrillas known as the Maccabees retook the ransacked Temple in Jerusalem. They sought to re-light the menorah in the Temple, but found only a small quantity of oil. Miraculously, the oil lasted eight days and nights, long enough for new oil to arrive.

Except that Maccabees 1 (a book that appears in some Christian Bibles, but didn’t quite make it into the Hebrew Bible), a contemporaneous account of the conflict, doesn’t say anything about oil. In Maccabees, it is a delayed celebration of Sukkot (which lasts eight days, if you include Shemini Atzeret), which they were unable to celebrate that year due to the occupation of the Temple. The celebration was repeated in subsequent years as a commemoration of their military victory.

Fast-forward to the Talmud, where Hanukkah is barely mentioned; it comes up once amid discussion of oil for Shabbat lights as the rabbis briefly digress into a discussion of oil for Hanukkah lights. Suddenly, here, the rabbis describe the miracle of the oil. The early rabbis were strongly opposed to the Hasmoneans, the dynasty established by the Maccabees. Uncomfortable with a nationalist, militaristic holiday, they created a more supernatural, religious meaning for Hanukkah.

The hanukkiah, or Hanukkah menorah, is undeniably the coolest ritual object in Judaism. First of all, it’s got a bunch of fire, and fire is cool. Who doesn’t enjoy gazing at the candles as they burn down unevenly, dripping all over the menorah and the plate below?

Plus the design is variable. As long as it has nine candles, with one higher than the others, it’s a menorah. Other than that, it can be anything from kitsch Americana to absurdist to traditional to a true objet d’art. And, lest we forget the pinnacle of American menorah nonsense: I’m the proud owner of a Menurkey.

You don’t need to go to synagogue, and you don’t need to prepare a complicated ritual feast. It’s easy without being empty of meaning. Anyone can do it, which is empowering for everyone from little kids to interfaith families.

4. Fried food is the best food.

Even if you think the rabbinic tale of the oil is silly, at least it gave us marvelous symbolic foods: literally anything fried in oil. Latkes. Sufganiyot. Sfinj. Carciofo alla Giudia. Or go full American, for all I care: There’s nothing wrong with French fries and funnel cake.

It’s true that Hanukkah’s rise in America has to do with the overwhelming presence of Christmas. Detractors complain about this, but I embrace it. As religious traditions move through the world, they change and respond to new conditions. Temple festivals like Sukkot and Passover once overshadowed Yom Kippur, but now that day of fasting and breast-beating looms over all other holidays. In our rush to become more American, we elevated Hanukkah. There’s nothing wrong with that. The American Jewish community is unique, special and strong. Hanukkah is a good time to celebrate that.

What, you’ve never heard of Brave Judith? Like Maccabees 1, the Book of Judith appears in some Christian Bibles, but not the Hebrew Bible. It tells the (probably fictional) story of Judith, a Second Temple-era woman who sneaks into the tent of the drunken enemy general Holofrenes, seduces him, and cuts off his head. Judith holding a severed head or in the middle of cutting it off are a frequent subject of classical Western art from Caravaggio to Klimt. In one version of the story, she plies him with wine and cheese. Some Jews (including me!) celebrate Judith by eating wine and cheese on Hanukkah. So now you have a good excuse to put out a cheese plate at your Hanukkah party.

Listen, I like presents, and I’m not ashamed to admit it. Aside from the obvious connection to Christmas, there’s the long-standing Jewish tradition of giving Hanukkah gelt. According to Jewish food writer Leah Koenig: “Before gelt (‘money’ in Yiddish) became synonymous with chocolate, it primarily referred to small amounts of money exchanged between friends, or gifted from parents to children during Hanukkah.” In the 1920s, an American candy company produced the first chocolate gelt, and another American Jewish tradition was born.

Since we’re talking about gelt, let’s talk about playing dreidel. And let’s call it what it is: gambling. Even if the stakes are just innocent chocolate coins, it’s gambling. The association with Hanukkah is tenuous at best. And yet, here we are, corrupting young children with the joys of gambling. 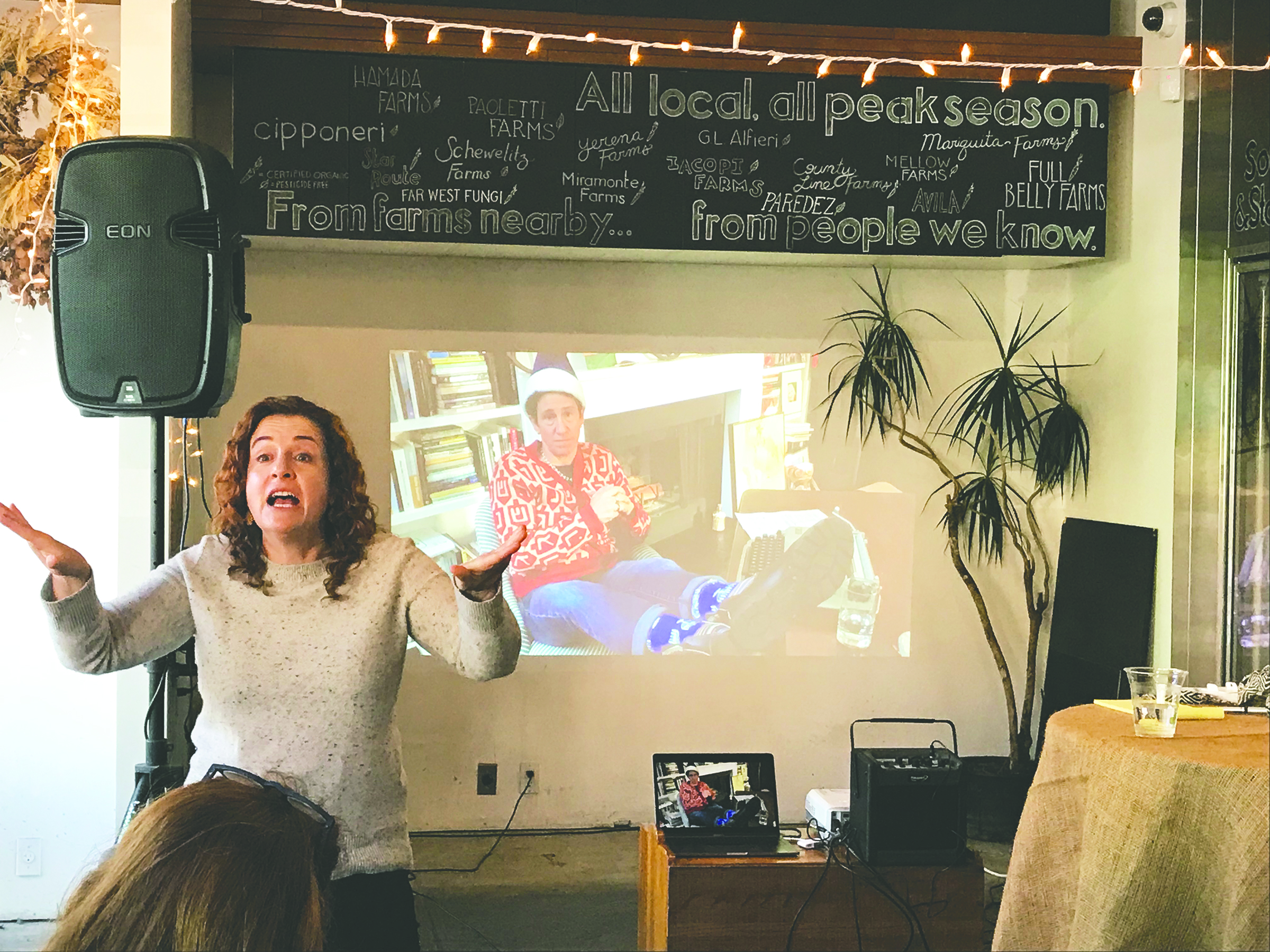 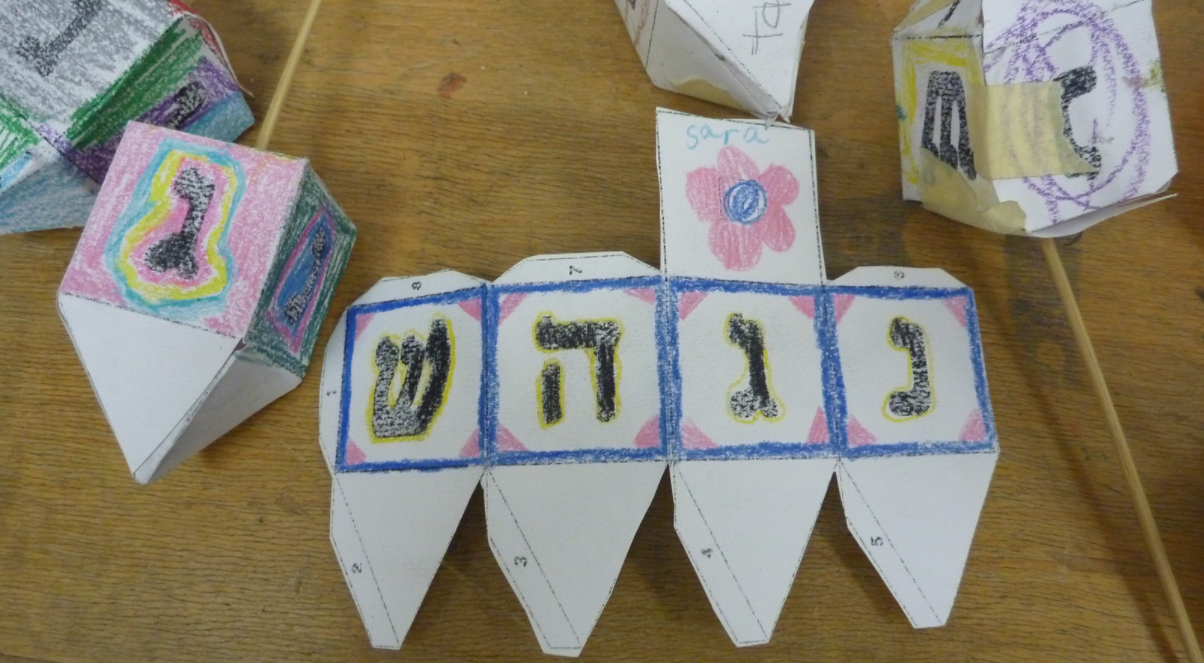 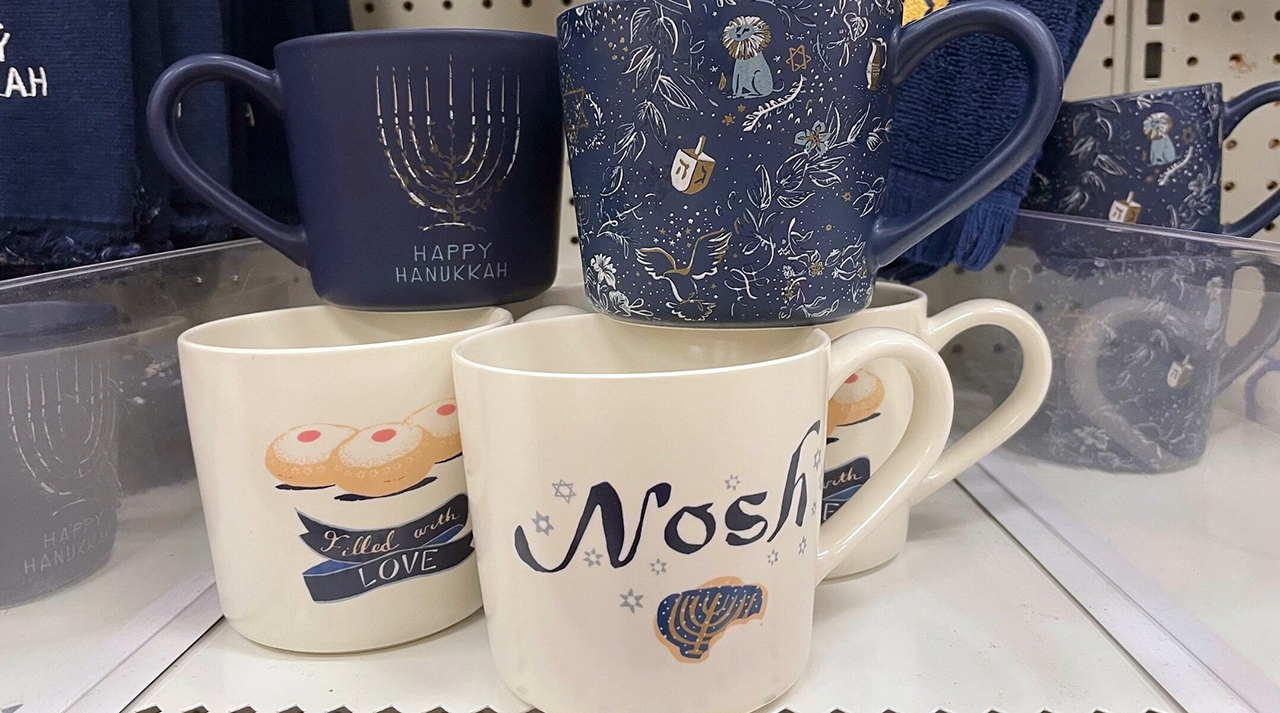