Called to the Torah for the first time — as adults

“Today I become a man,” 70-year-old Judy Kraft said to a round of laughter.

She was one of 10 adults to become b’nai mitzvah in one blockbuster service at Temple Isaiah in Lafayette on Dec. 8. The group — nine women and one man, ranging in age from their 50s to their 70s — had been studying together for two years.

Isaiah is a large Reform synagogue with a large modern sanctuary. Gently curving pews face a high bimah under a high vaulted ceiling. The room is filled with natural light from ground-floor windows on both sides of the room and abstract blue, red and pink stained glass behind the ark. The ark is built entirely of frosted glass; when it is closed, the synagogue’s five Torah scrolls float like a holy apparition within.

The room was packed with adults of all ages, plus a few teens and younger kids. There were not enough siddurs to go around. People hugged and greeted each other warmly; there was a loud din, a palpable sense of anticipation.

The Shabbat morning service began with Cantor Leigh Korn leading the sing-songy melody for “Hinei Mah Tov” by Reform rock star Rick Recht. Rabbi Alissa Miller welcomed everyone, referencing the unusually large crowd that morning: “It is so exciting to see many of you from all parts of the Temple Isaiah community, which represents these b’nai mitzvah, who are involved with every part of the community.”

Then, Kraft spoke, beginning with her “Today I become a man” line. Acknowledging her age, she invoked Rabbi Hillel’s famous “If not now, when?” saying. She was the first to speak, but throughout the service all 10 had a chance to express how deeply the two-year course of study had affected them. “The first time I was able to follow a complete Shabbat service, I wept,” Kraft said.

The group rose in unison to put on their tallits for the first time, saying the blessing together. Then the entire congregation joined them in singing Shehecheyanu, the blessing for a special or first-time occasion.

In many American synagogues, a bar or bat mitzvah takes over the worship service almost entirely. This was certainly the case in this service. The 10 demonstrated their mastery of the service itself and discussed the beliefs they had developed and explored over the course of their group study. They also offered personal reflections. In introducing Ahavah Rabbah, a prayer about love of God’s Torah, one said: “[It] shows, in essence, how to mirror God’s love…. Because of God’s love, I can be vulnerable. I cannot imagine a more powerful love.”

I was surprised by the extent to which their reflections focused on God. My bar mitzvah had little to do with God; it was more about mastering skills and study of Torah, and I don’t regret that. But it didn’t sound like they regretted the approach their teachers took, either. More than one mentioned their extensive study of theology, including sources from all periods of Jewish history, approaches ranging from ancient mystical to modern feminist.

Introducing the Shema, the only man in the cohort, Patrick Sutherland, 51, said, “After I fell in love with my Jewish wife, I wondered, ‘Do I keep my Christian faith that I don’t practice?’” As he looked into Judaism, he said, he was overwhelmed by the rules. “Luckily, I found Reform Judaism,” he said. The congregation chuckled.

Sutherland converted 15 years ago, but told me in an interview that he always had lingering doubts. “Do I have a solid foundation of Jewish knowledge? After seeing my son become bar mitzvah, my daughter become bat mitzvah — they were solid, no doubts about being Jewish,” he said. “But personally, I still had some uneasiness with religious identity.”

I found a new love, something very fulfilling.

And now? “I’ve got a very good understanding of the scope of what it means to be Jewish. And learning Hebrew — that’s a big part of it.”

Sutherland, who is of Scottish heritage, wore a striking plaid tallit. It was the traditional tartan of the Sutherlands; his tallit symbolized the marrying of his Jewish and pre-Jewish identities.

More than one of the group mentioned their children becoming b’nai mitzvah as an inspiration. One woman said she made a deal with her son: If he would become bar mitzvah, she would do it, too. Another recalled that when her youngest became b’nai mitzvah, she figured it was her turn. She also invoked the memory of her mother, who was devout but struggled with God. When the study of theology entered the equation in her studies, and the group engaged with conceptions of God from all period and sources, she told the congregation, “a door suddenly opened.”

During the Torah service, all five of the congregation’s colorfully dressed Torah scrolls were removed from the ark, so that each of the 10 would have an opportunity to carry one during the hakafot, processions around the sanctuary.

Even though there was relatively little Hebrew-language prayer in this Shabbat service, several in the group emphasized the power of learning Hebrew as part of the process. When the Torah scroll was laid out on the lectern, each celebrant chanted or read from it, and all demonstrated mastery of that skill. (They had certainly studied it with greater dedication than I did when I was 13.)

Kraft, in particular, read beautifully. One hears plenty of competent Torah chanting, but I looked up in surprise at the beauty of hers. In an interview later, I asked her what’s next for her, Jewishly. She is already a member of the choir. “My new love is chanting Torah,” she said. “It encompasses everything I love — learning, music. It’s therapeutic. I used to say a bedtime prayer, and now I just chant Torah. So I let the cantor know I’d like to continue chanting in the future. I found a new love, something very fulfilling.”

Her path was not an easy one. She was gravely ill multiple times during the study period. “There were times when I almost died,” she told me. “And I thought, ‘I’ll be damned if I die before I become bat mitzvah!’” She recently lost her dog, her close companion of 18 years. Getting to the finish line, becoming bat mitzvah, “was a goal and structure to hold me together. I highly recommend it, even if someone is under stress or aging or sick. It motivates you to keep going.”

The class bonded closely, she said. When one person in the group returned for a time to her native South America, Kraft recorded the classes she missed. And when Kraft was too sick to attend, one of her classmates made recordings for her.

As the end of the service neared, four rabbis emeriti came up and gave them all the priestly blessing.

After the service, I found myself wondering: What is adult b’nai mitzvah? According to tradition, one simply becomes a bat or bar mitzvah upon turning 12 or 13, with or without a ritual, becoming responsible for one’s actions and obligations under Jewish law. But the b’nai mitzvah ceremony has long occupied an important place in the American Jewish psyche.

In one sense, these 10 adults were simply celebrating the completion of an intensive two-year class. By framing it as b’nai mitzvah, the accomplishment was elevated, becoming something more than the sum of its parts. Done properly, ritual works on the human soul, in this case marking a real transformation. In listening to and speaking with these celebrants, I can see that this one worked.

Mazel tov to Judy, Patrick and their whole class. May they continue to grow and deepen in their love of Torah. 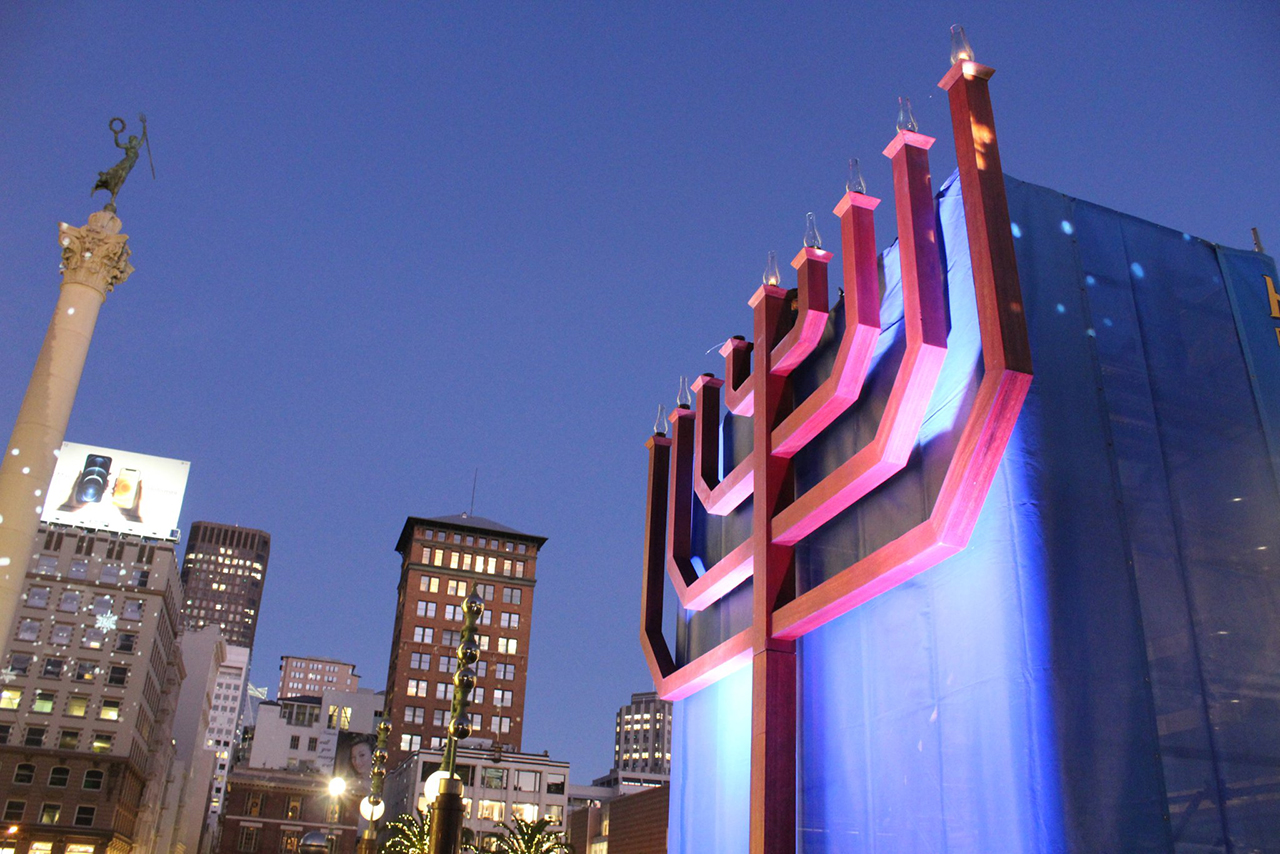 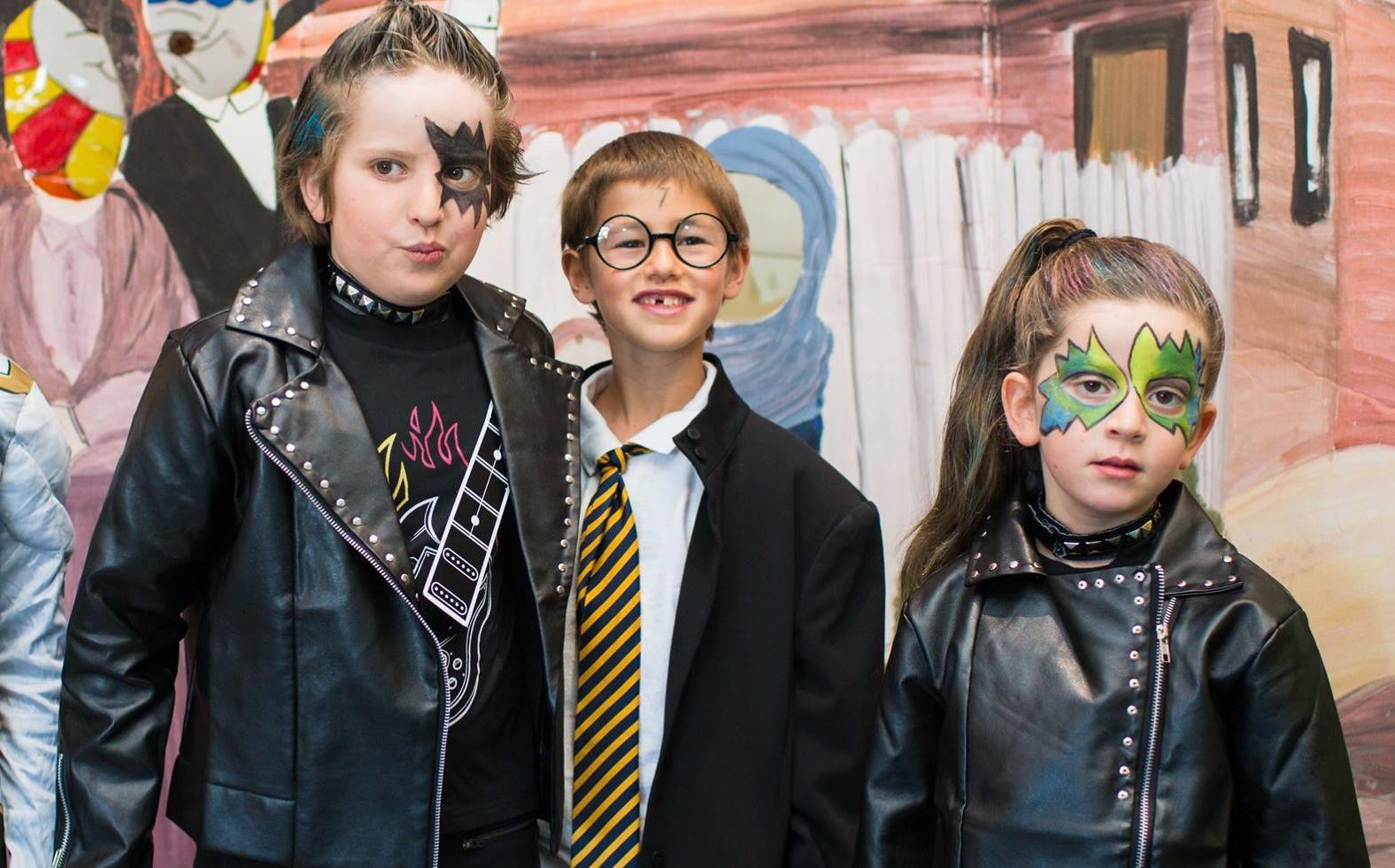