From Michael Douglas’ Yiddish exclamation to more success for “The Marvelous Mrs. Maisel” to Regina King’s Hebrew-letter tattoo, the 2019 Golden Globes had its fair share of Jewish moments.

Rachel Brosnahan is not Jewish, but she does a convincing job playing a very Jewish woman in “Mrs. Maisel.” She won best actress in a comedy show for the second year in a row. During Sunday night’s awards from the Beverly Hills Hilton, she earned praise for the way she thanked her Jewish show runner, saying “Our village is a matriarchy led by Amy Sherman-Palladino.”

Andy Samberg, co-hosting with actress Sandra Oh, also addressed criticism that “Mrs. Maisel” deals in Jewish stereotypes in one of the more pointed jokes in a cuddly opening monologue.

“’The Marvelous Mrs. Maisel’ is nominated again for multiple awards,” Samberg said. “It’s the show that makes audiences sit up and say, ‘Wait, is this anti-Semitic?’”

Douglas accepted the best actor award for a TV musical or comedy from the Foreign Press Association for his role as aging acting coach Sandy Kominsky in “The Kominsky Method.” He thanked the show’s Jewish creator, Chuck Lorre, and acknowledged his co-star and “dancing partner” Alan Arkin.

It was the third Golden Globe for the younger Douglas, following awards for his roles in “Wall Street” (1988) and “Behind the Candelabra” (2014). He also received the Cecil B. DeMille Award for outstanding contributions to the world of entertainment in 2004.

“This doesn’t happen to me,” he said in his acceptance speech. “I’ve been doing this a long time, and I’m up here trembling like a leaf.”

“The Americans” creator, writer and executive producer Joe Weisberg accepted the best drama series award for the sixth and final season of his show about the Cold War as lived by two married KGB spies posing as Americans in suburban Washington, D.C., during the Reagan administration. The show finally broke through after being nominated for a Golden Globe in every season.

The omnipresent Jewish songwriter, producer and DJ Mark Ronson — who has collaborated with the likes of Bruno Mars and Miley Cyrus — was part of a team of four that included singer Lady Gaga to win for best song with “Shallow,” from the movie “A Star is Born.” Andrew Wyatt and Anthony Rossomando make up the rest of the team.

“You took a heartfelt, honest tune and you gave it emotional resonance that we could’ve only dreamed of,” Ronson told Lady Gaga in accepting the award. “Seriously, the way you weaved the lyrics into the film and the narrative of your beautiful heartbreaking film is why we’re standing up here tonight, I believe.”

Glenn Close took the Golden Globe award for best actress in a drama film for her role in “The Wife,” which is based on a book by Jewish author Meg Wolitzer.

In accepting the 2019 Cecil B. DeMille Award, actor Jeff Bridges thanked Ethan and Joel Coen, who directed him in the 1998 cult classic “The Big Lebowski.” Bridges’ character in that film, known as The Dude, is widely considered to be his most iconic role.

“If I’m lucky, I’ll be associated with The Dude for the rest of my life. I feel so honored to be a part of that film,” Bridges said in thanking the Coens, whom he called “true masters.”

Meanwhile, as it seems to do during every recent awards ceremony, social media was going bonkers trying to figure out the meaning of the tattoo on King’s left forearm.

King, who won as best supporting actress for “If Beale Street Could Talk,” has addressed the tattoo, made up of three Hebrew letters, in interviews with mainstream media. The letters show up in the list of “72 names of God,” according to the mystical Jewish tradition, and have been interpreted by Christians and New Age practitioners as meaning “unconditional love.” 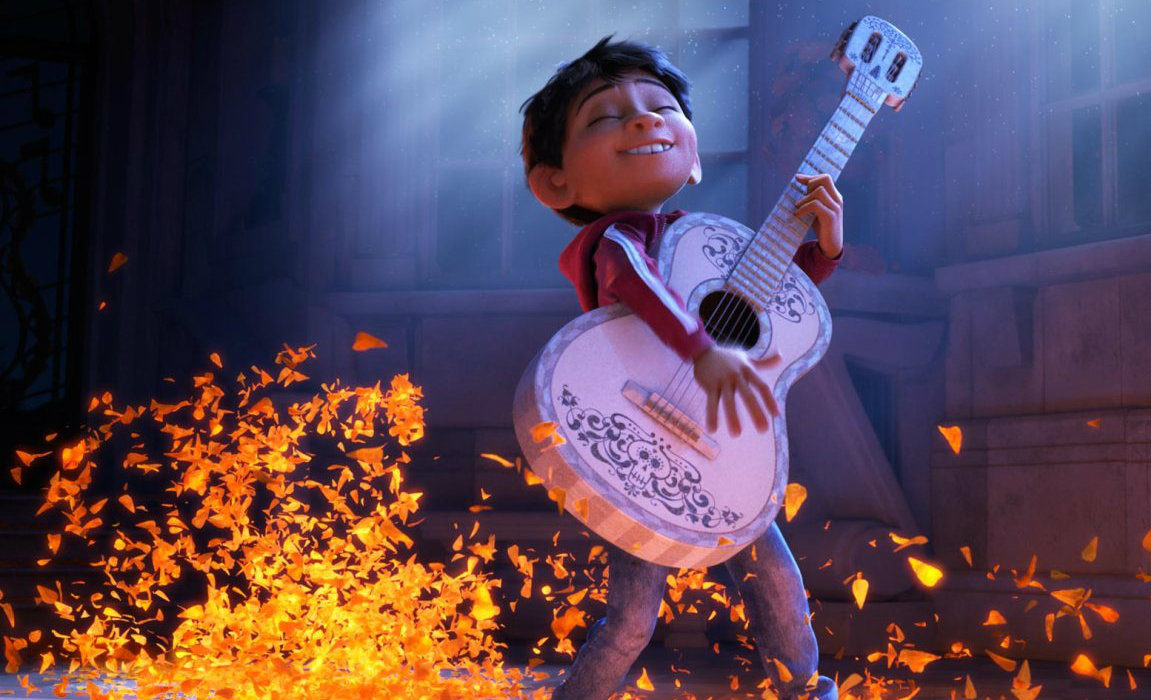