Overturning an unjust regime? This week’s Torah portion has a lot to say.

In normal times, I approach Parashat Bo in the usual way. I dive deep into fine points of the story and the language of the text. I contemplate the specific meaning of each of the plagues described in this climactic parashah (locusts, darkness and the smiting of the firstborn Egyptians). I carefully examine Pharaoh’s response to each (was he adamant in his refusal, or ambivalent?). And I examine the evidence for God’s hardening of Pharaoh’s heart, thus punishing him for sins that he did against his own free will.

This is, after all, how we Jews study text, assuming that every detail of the text, even the smallest turn of phrase, contains profound meaning for us. This is sacred literature and it is an endless font of learning for us.

But these are not normal times. This year the text invites me to take a different look. I feel called to zoom out from the fine points of the text and ask: What is the overall message of this portion for me this year? What do the broad strokes of this story teach about a time of massive social upheaval? Could our troubled times be leading us toward collective liberation?

This story gives us a profound description of the dynamics of social transformation in the wake of an extended time of widespread oppression. The struggle begins with the people’s awareness of their suffering, and their crying out their lament. After they reach out to God, they receive God’s assurance that this persecution is wrong, and that they are meant to live in freedom and dignity. But the journey will not be simple. Oppressive regimes do not give up their power easily.

The text narrates a mysterious and terrifying series of events that challenge the natural order. Even still, the regime refuses to give way, even doubling down on persecuting its marginalized population. The people are unsure about how to cope with the resistance, but Moses assures them that they will see liberation.

There is fear. After all, the people are being invited into a totally different way of being. Even the oppressive government expresses ambivalence about whether to accede to the demands for change. There is violence and loss, and the horror of the death of children (smiting of the firstborn). Only then does it become possible for the people to go free and pursue their destiny.

Read in this way, the text offers us an account of a profound social upheaval, replete with terrifying and sometimes violent contortions of the fabric of society and even of the Earth itself. The river, the land, the skies all produce enormous anomalies. But from this perspective, the plagues are not punishments administered by a personal God who chooses the Israelites over the Egyptians. Rather, the story is a poetic explication of the process of overturning an unjust regime. This requires a period of time characterized by terrifying change and threats of violence.

The Torah dramatically conveys that a collective process of liberation does not come easily. The people’s hearts must turn and they must summon their courage, even as the earth seems to move beneath their feet.

Rabbi Phyllis Berman has compared the crossing of the Reed Sea (in next week’s parashah) to a birthing process. Moving through narrow straits, in the midst of mortal danger, the people might have felt something akin to the experience within the birth canal during violent contractions. It seems the walls are caving in. The baby fears it may be falling to its death. The journey is terrifying, but without it, the baby cannot be born.

In our time, we are not plagued by supernatural suspensions of the natural order. But we do live in a time of profound conflict and polarization, violence, hate and fear. Often it seems, as in the biblical plague of darkness, that we are separated from one another so profoundly that we cannot see one another. We fear for our children and for the democracy we have long treasured. Everything is changing rapidly, and mostly for the worse.

But the Exodus story, read on a metaphorical level, reminds us that times of rapid change, disorientation and fear can give rise to healing and liberation. It is no accident that so many peoples have turned to the Exodus story for inspiration in their own struggles for freedom.

May Parashat Bo help us consider that the turmoil of our own day may be part of a path toward justice and liberation. May the sacred story give us strength to summon our courage to do what we can do, and to trust God and one another as we journey toward freedom and dignity for all people. 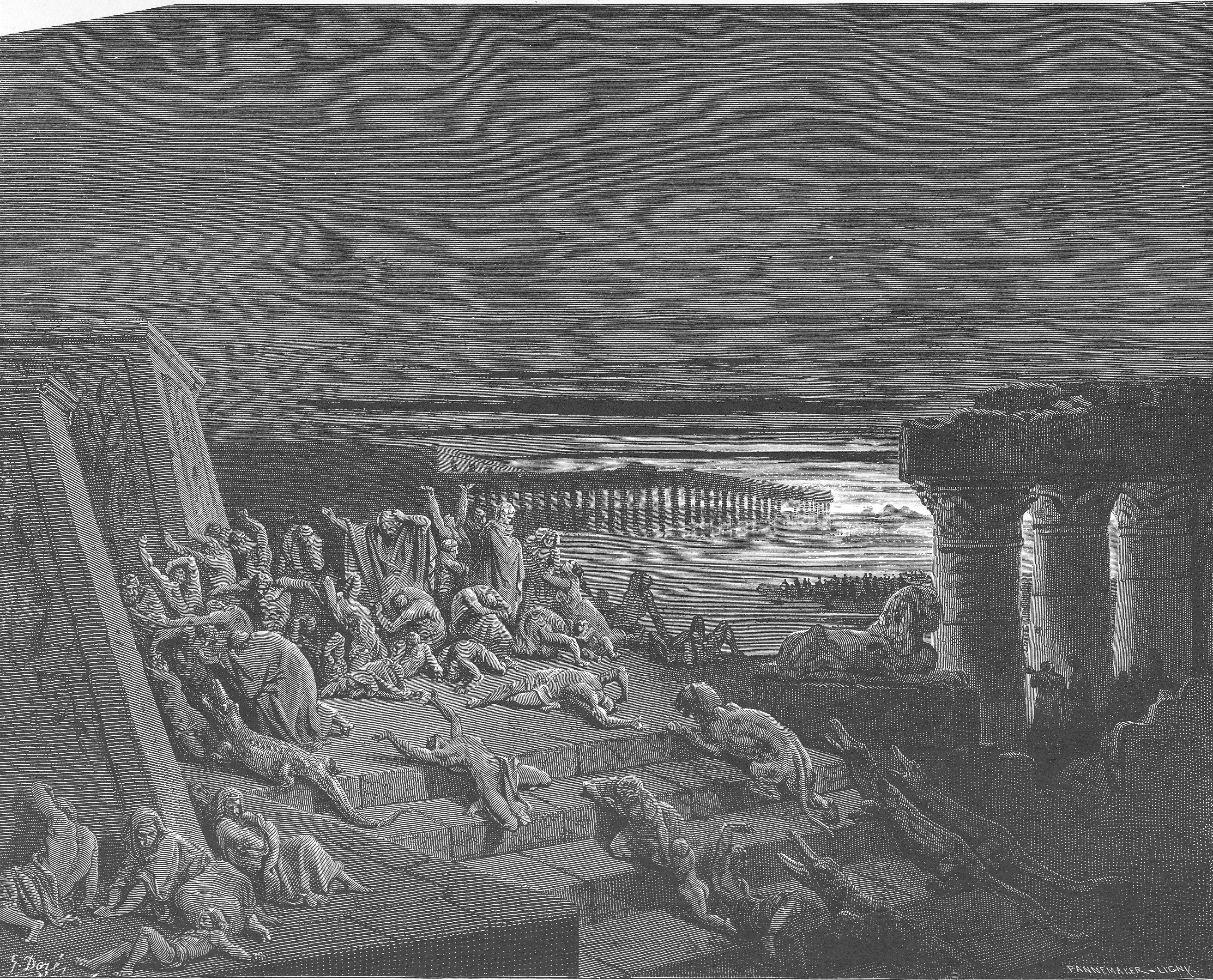