A harmonious marriage of Negro spirituals and Yiddish song

It’s not unusual for African American opera singers to cap off a concert with a Negro spiritual, says Anthony Mordechai Tzvi Russell, a 37-year-old vocalist who received his classical music training at Holy Names University in Oakland.

The late, great Marian Anderson did so, Russell notes, and so has groundbreaking soprano Leontyne Price.

Yet this is precisely what the deep-voiced Russell has been doing for the last half-dozen years. He will be doing it again at 7 p.m. Thursday, Feb. 21 when he appears with the local klezmer trio Veretski Pass, composed of Joshua Horowitz, Cookie Segelstein and Stuart Brotman.

The performance — the first in this year’s music lineup at the JCC of the East Bay — celebrates the recent release of “Convergence,” an album by Russell and Veretski Pass that draws on a century’s worth of Ashkenazi music and black music: folk songs, lullabies, anthems and religious music.

The concert will mark Russell’s return to the Bay Area, where the formerly Oakland-based artist performed in 2014 as part of the JCC East Bay’s 29th and penultimate annual Jewish Music Festival. Since 2017, he has lived in Massachusetts with his husband, Rabbi Michael Rothbaum, now of Congregation Beth Elohim in Acton, Mass.

The JCC East Bay, Russell says, has served as the “cornerstone of my development as a Jewish artist.”

But Russell’s development as an interpreter of Yiddish and Negro spiritual music — a passion he describes as an effort “to express the internal consonance between aspects of African-American and Jewish cultures” — began taking shape decades earlier, when he was growing up in Vallejo and spending hours listening to classical music radio station KDFC.

Though he and his family were Christian, and he grew up attending church, Russell says that he and his mother, a concert pianist, were always interested in the Hebrew Bible.

“My mother was very autodidactic about the language and history of the Bible,” he says. “When I was 9 or 10, I knew that I would some day go to Israel.”

Having formally converted to Judaism in 2011, Russell took the name Mordechai (an homage to the Purim personality) and did travel to Israel, where he immersed himself in an intensive Yiddish language course at Tel Aviv University.

The catalyst for his dive into Yiddish came when he and Rothbaum (formerly of Beth Chaim Congregation in Danville and Jewish justice nonprofit Bend the Arc) were watching the Coen brothers’ movie “A Serious Man.”

When the one of the characters “throws himself down on the couch” and listens to a recording of a singer with “a deep, dark voice,” Russell recalls being “immediately drawn” to the music.

He initially guessed that the sonorous voice was that of the late bass baritone Paul Robeson, but a little digging revealed it was the late Sidor Belarsky, a Jewish singer from Ukraine who was a preeminent interpreter of Jewish folk songs.

Belarsky, Russell says, “opened me to Yiddish song [and] all the narratives of Jewish life.”

By January 2013, when he performed 20 minutes of Yiddish songs at the JCC Manhattan as part of a Martin Luther King Jr. Day observance, he had found his calling. “He’s black, gay, married to a rabbi — and recording new music in Yiddish,” proclaimed a Washington Post headline in 2017. 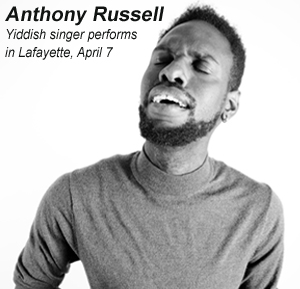 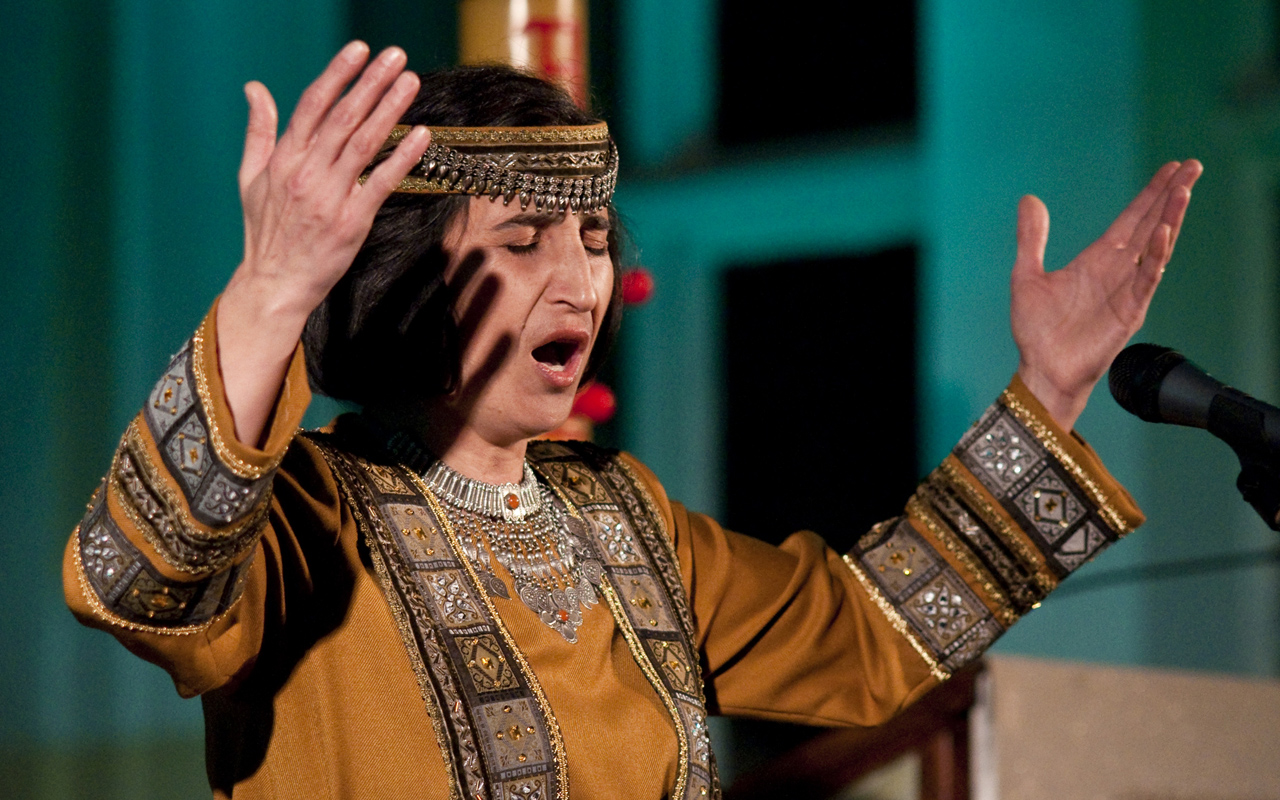