Conception is still miraculous — especially for those who struggle with infertility

Tazria (April 5-6) marks National Infertility Awareness Shabbat, and this week’s Torah portion opens with the words “Isha ki tazria” (If a woman conceives, or literally, “germinates”). If, not when.

Pregnancy and childbirth are not taken for granted in biblical narrative or Jewish law. Sarah, our matriarch, represents a biblical model of infertility: “Now Sarai was barren, she had no child” (Genesis 11:30). This language is echoed with Samson’s mother: “There was a certain man from Tzorah…whose name was Manoah. His wife was barren and had borne no children” (Judges 13:2).

Biblical commentators explain that the double language in these verses highlights the miraculous nature of both the conception and birth. For a woman trying to conceive, who is disappointed month after month, a positive pregnancy test manifests as nothing short of a miracle. For a woman who surpassed the hurdle of conceiving, and experienced the miracle of another body beginning to grow inside hers, how many countless miracles are still needed to carry the pregnancy to term?

Commenting on Tazria, the midrash in Vayikra Rabbah 14:3 recounts them:

“When a woman conceives and gives birth…” [Leviticus 12:2] It is written ‘Life and lovingkindness (chesed) you have given me, Your care has guarded my spirit’ [Job 10:12]. Rabbi Abba bar Kahana said three [things]: In the way of the world if a person takes a purse of money and places the opening downward, does not the money scatter?’ A fetus that rests in the womb of his mother, The Holy Blessed One guards it so it doesn’t fall and die, is this not praiseworthy?! This is [an example of] ‘Life and lovingkindness you have given me’ ….

“Rabbi Elazar said, if a person tarries in a hot place for one hour, do they not die? Yet the womb of the woman boils, and the fetus which is placed inside the womb, The Holy Blessed One protects it, it is not expelled… is this not ‘life and lovingkindness?’ ….

“Rabbi Tachalifa of Caesarea said, if a person eats one portion of food after another, doesn’t the second portion expel the first? But no matter how much food a woman eats or how much liquid she drinks, the fetus is not expelled — is this not ‘life and lovingkindness?’”

The examples given in the midrash illustrate some of the miracles performed through God’s lovingkindness, as understood by the rabbis cited. It would be easy to dismiss them with a smug wave of the hand, “If they only had the medical science we have …” The advancement of reproductive technology has been a godsend for so many women and couples who would otherwise not conceive or deliver a child. Yet there is so much we still don’t know and can’t explain. There is still so much of the miraculous, particularly for those struggling with infertility.

And if the focus on the woman’s body feels unfair or misplaced on the part of the men cited in the midrash, any woman who has tried to become pregnant or has carried a pregnancy has endured modern Western medicine’s obsession with her prenatal and gestational body, including everything she does and doesn’t put into it.

So what do we take away from these midrashim? First and foremost, a millennia later, with all the welcome advancement in medical technology, many are still looking and praying for a miracle to grow their families.

Second, as a society, we put a lot of pressure on women and their bodies, and the perceived control they have over outcomes when it comes to pregnancy and childbirth. This perception of control can often lead to guilt or blame for women when things do not go as “planned.” The midrashim remind us of all that we do not control. We can try and try, yet there is an element of the miraculous in every conception and birth.

The midrashim also highlight God’s lovingkindness as the key aspect of these miracles. How can we as individuals and communities model that chesed? Perhaps the acceptance of ki tazria, or conception, as a miracle can take some of the pressure off women’s bodies to do all the work and hold all the responsibility for giving life. What would that look like? Let us challenge ourselves in our own relationships with our bodies as women, with our partner’s or doctor’s or family’s or society’s relationship with a woman’s body. And let the miracles begin to take seed and grow.

For more on National Infertility Awareness Shabbat, go to yeshtivka.org. 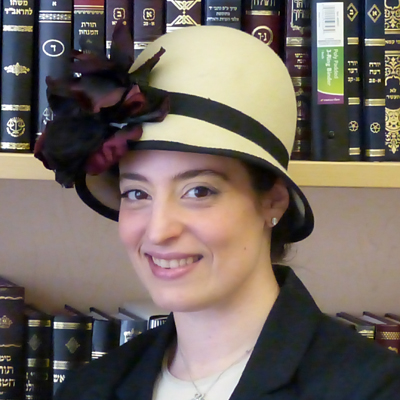