Thanks so much for publishing the thoughtful, well written and moving opinion piece by Rami Kripke-Ludwig, “I do not speak, but I am listening. Talking about others hurts us all” (April 3). Your beautiful and well-written words show that although you may not speak, you can certainly communicate eloquently, Rami. Best wishes to you, and I hope you find many opportunities to communicate and many receptive audiences.

My, my. How generous of the Reimann family to donate just over three 10,000ths (0.00030540540) of their wealth to atone for their hellacious past (“Wealthy German family, owners of Peet’s and Noah’s, to make amends for Nazi past,” March 25). And they never knew about the family’s Nazi slave-holding past? Hard to believe. What a shanda for both Noah’s and Peet’s to wind up in such despicable hands. I knew something disastrous had happened to our local pride-and-joy companies when I went to Noah’s and found out they were selling bacon bagels!

A new home for BimBam

Passover time is about questions. Recent news that beloved Jewish digital storytelling pioneer BimBam has ended active operations raised some questions, including by the J.’s editors, about the future of Jewish learning and storytelling — questions about what this example says to those who support Jewish continuity and Jewish content in order to strengthen the Jewish community.

BimBam’s work was beyond creative, and the news was disappointing to all of us who were moved by their videos. Yet BimBam’s outstanding content and purpose — bringing the joy of Jewish learning to more people — has gone from strength to strength.

We are proud that the URJ’s website ReformJudaism.org, which engages more than 3 million visitors each year, is the new home for the exceptional array of educational materials created by BimBam.

Every day, visitors look to ReformJudaism.org for answers to their small and big questions. We provide content that enriches and strengthens Jewish life. We are seeing countless examples whether it is families around the Shabbat dinner table, gatherings of Jewish educators, or early childhood centers, congregations, summer camps and more.

BimBam’s leadership selected ReformJudaism.org both because of their confidence in our ability to continue to introduce the content to new audiences and because of longstanding partnerships and trust among our organizations. That trust is well placed.

Making a bigger impact, building outreach and bringing more people closer to Jewish life requires collaboration, partnership and support to create thriving Jewish community. We invite future support and look forward to exciting partnerships that sustain and further this work and help us continue to share out this content in significant ways. That ongoing support helps ensure that BimBam’s legacy will endure. Chag Pesach Sameach.

I am a lifelong progressive, smart, informed, compassionate, thoughtful and a MoveOn supporter for many years. I was dismayed by MoveOn’s position calling on presidential candidates not to visit the American Israel Political Action Committee conference last month.

If we want to win in 2020, I believe it is a huge mistake for MoveOn, or the left in general, to take a position on this subject. While the Israel-Palestine issue is important, it is one of, if not the key issue that could split Democrats. Like with the Women’s March, which has splintered, if we continue to insist that our priority is the Palestinian cause, we will splinter the Resistance, play into Republican (and Russian!) hands and again lose control of our country. As a lifelong Democrat, I, and many others, will not vote for a candidate who does not support Israel. This is a wedge issue that could destroy us and let Trump and his buddies win again.

It seems to me that given that we have children in cages, a takeover of our country by foreign interests, increasing poverty, the systematic destruction of our environment, unfettered gun violence and daily attacks on women’s rights — just to name a few — we have enough to deal with here and we must win in 2020.

We Democrats are notorious for shooting ourselves in the foot while we argue about issues of ideological purity. Please, let’s put aside the divisive issue of Palestine-Israel and focus on winning on the issues that unite us and affect all of us directly.

Was Hamilton a landsman?

My wife Shoshana and I recently saw the terrific Lin-Manuel Miranda musical “Hamilton,” about the American founding father and confidant of George Washington who became the first U.S. secretary of the Treasury. The play relates many details of Hamilton’s remarkable life. However, there’s one tantalizing story that it overlooks: the possibility that Hamilton was Jewish.

Hamilton’s mother, Rachel Faucette, lived in St. Croix, where she married a merchant named Johann Michael Lavien. The marriage was troubled, and Rachel fled St. Croix for Nevis, where she met James Hamilton, with whom she had Alexander Hamilton while still married to Lavien. Growing up, Hamilton attended a Jewish day school, where he learned the Ten Commandments in Hebrew.

Although no documentation expressly establishes that Lavien was Jewish, Andrew Porwancher, a professor at the University of Oklahoma, posits that he was, citing his surname (possibly a Sephardic variant of Levine), profession, and the facts that Faucette’s son with Lavien wasn’t baptized as a child and that Hamilton’s own grandson claimed Lavien was a Danish Jew. Moreover, since Jewish-Christian marriages were then illegal, Porwancher infers that Faucette must have converted to Judaism to marry Lavien. If she did, then Hamilton was Jewish, too. The facts that Hamilton attended a Jewish school and that Faucette wasn’t buried in a Christian cemetery support the theory.

Regardless, throughout his career as a lawyer, Hamilton accepted Jewish clients, defended Jewish rights, maintained close ties to New York’s Jewish community and appointed the first Jew, Gershom Mendes Seixas, to serve on Columbia College’s board of trustees — a first for any American college.

If that doesn’t make you kvell, maybe this will: Miranda serenaded his bride, Vanessa Nadal, with a surprise rendition of the “Fiddler on the Roof” song “To Life” at their wedding.

How did this ‘doctor’ get hired?

A Google search for “Lara Kollab, M.D.” would have made it instantly clear to Kern Medical, a teaching hospital in Bakersfield, that this person had been expelled from her residency at the Cleveland Clinic medical center in September 2018 after it was discovered that she tweeted she would give Jewish patients the wrong treatment to kill them.

It is truly frightening that she was nevertheless accepted as an internal medicine resident at Kern Medical in early 2019. Only later did the hospital become aware that this person submitted information that was false, misleading and incomplete during the residency interview and match process. She was dismissed on March 15.

This is beyond incompetent. What “verification” of residency applicant credentials was done at Kern Medical, and by whom? How did the appalling anti-Semitic history of this “doctor” finally become known to Kern Medical?

Is this person going to continue to have a license to practice medicine? Is the practice of medicine a privilege, or a right?

Here’s hoping that Bibi’s re-election victory will bury the two-state “delusion” once and for all. Sadly, many people, including many Jews, still insist on beating this dead horse. But true peace can only be achieved if both sides genuinely want it, and Palestinian leaders have consistently shown for decades that they have no intention of ever recognizing Israel’s right to exist as a sovereign Jewish state.

If Bibi fulfills his last-minute campaign promise to begin the annexation of Judea and Samaria, it will be a big step forward. Appallingly, many Jewish leaders in the U.S. are demanding that Trump prevent Netanyahu from doing so, saying it will lead to increased tension and violence. Many of the same people made similar predictions of disaster when Trump recognized Jerusalem as Israel’s capital and recognized Israeli sovereignty over the Golan Heights. They were wrong then, and they’re wrong now.

When Israel acts with strength and determination, sure of its claim to its ancestral homeland, its enemies tend to act with restraint, unless they have a real military option, which they currently don’t. It’s only when Israel shows weakness and irresolution and doubts about its fundamental rights that its enemies are emboldened to attack.

Israel’s most vital national interest is to take possession of its entire historic homeland, establish strong and defensible borders, and make sure all of its enemies are on the other side of them. This idea may be deeply disturbing to some liberal Jews, with their cherished values of diversity, equality and inclusiveness. But Judaism and liberalism are very different things, and if people support Israel only when it’s a Western-style liberal democracy that supports all the “right” liberal causes, then they have very little understanding of Israel’s true purpose and mission. 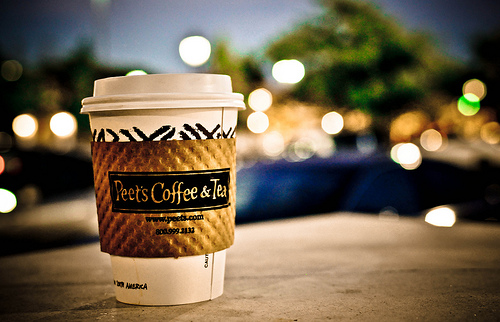