It’s a Democratic lovefest at a Reform movement policy conference

Senior Democrats in Congress embraced the agenda of the Reform movement, including gun control, immigration reform, abortion rights and dealing with climate change.

The agenda and the cheers for Democrats underscored the degree to which the Reform movement opposes Trump administration policies, particularly on immigration.

“In the coming weeks we want to make America more American by passing the Dream Act or Promise Act,” Pelosi said to applause, referring to a bill in the House solely backed by Democrats that would protect undocumented migrants who came to the United States as minors from deportation. A companion bill in the Senate has bipartisan backing.

“We must ensure that the Dreamers … can continue to bring their hopes and dreams to fruition to succeed in our country, blessing and enriching America,” she said.

“We cannot let Trump define who we are as Americans and what makes us great. The only immigration crises we have right now are ones that are manufactured by this administration,” Jayapal said, citing the extended detention of migrants at the border and the rollback of Obama administration protections for undocumented migrants who arrived as minors.

Deutch, whose district includes Parkland, the scene of a February 2018 high school massacre, spoke of advancing gun control legislation. Schrier talked about protecting abortion rights, which a number of states in recent weeks have severely restricted.

The alignment between the Reform movement and the Democratic Party has been so strong in recent decades it has spawned jokes. But the Religious Action Center’s agenda lines up closely with the majority of American Jews, according to numerous studies of voting patterns. The Orthodox minority, by contrast, has been much more likely to support Republican presidential candidates in recent years.

The sole Republican speaking at this week’s event was Paul Teller, the special assistant to President Donald Trump for legislative affairs. Teller acknowledged the liberal tenor of the event with jokes.

“I was told I was the only Republican who said yes,” Teller said to laughter. “You’ve seen all these elected leaders, people you know and then this schmuck from the White House comes up.”

Our fight against hate is one that is shared across lines of faith, race and politics.

Teller touted legislative initiatives in which the Trump administration has worked closely with liberals, particularly on criminal justice reform, a favorite issue of Jared Kushner, Trump’s son-in-law and top adviser.

“In this toxic environment, it brought together left and right, Republicans and Democrats, liberals and conservatives,” Teller said of last year’s First Step Act, which loosened strict sentencing requirements and introduced assistance for convicts after release.

Introducing Teller, Rabbi Ron Segal, the president of the Central Conference of American Rabbis, said it was critical to work with the Trump administration on common causes at a time of polarization.

“It is essential we celebrate a diversity of views and never forget that value,” Segal said. “We remain firmly nonpartisan and we seek out opportunities to work together on issues of common concern with all elected officials regardless of political party.”

The rift among Democrats on Israel issues — a number of freshman politicians appear to be more willing to question U.S. support for Israeli policies — did not feature at the consultation, whose focus is almost entirely on domestic issues.

Deutch, who is Jewish, in his address alluded to his efforts to have Democrats confront some of their party members, particularly Rep. Ilhan Omar, D-Minn., for comments seen as anti-Semitic.

“Our fight against hate is one that is shared across lines of faith, race and politics,” he said. “We’ve got to be deal with it wherever it lies no matter how uncomfortable the conversations may be.”

Later Tuesday, the 1,200 activists attending this year’s conference lobbied on Capitol Hill for the Dream Act and for bills advancing criminal justice reform, including the Fair Chance Act. The latter, which has bipartisan backing, would require federal agencies to refrain from asking prospective employees about their criminal background before they have secured a tentative job offer.

There was an emphasis at the conference on youth leaders in the movement, including Zoe Terner, the social action vice president of NFTY, the Reform youth movement. Terner has taken a lead in advancing voting rights and gun control.

Matt Deitsch, whose brother is a survivor of the Parkland shooting, is a leader of the March for Our Lives gun control group. Elias Rosenfeld, a Venezuela-born “dreamer” who attends Brandeis University, has become an immigration reform advocate.

“I hope that people feel the importance and weight of their vote,” Terner told the Jewish Telegraphic Agency, “and not only show up on Election Day but all the days in between.” 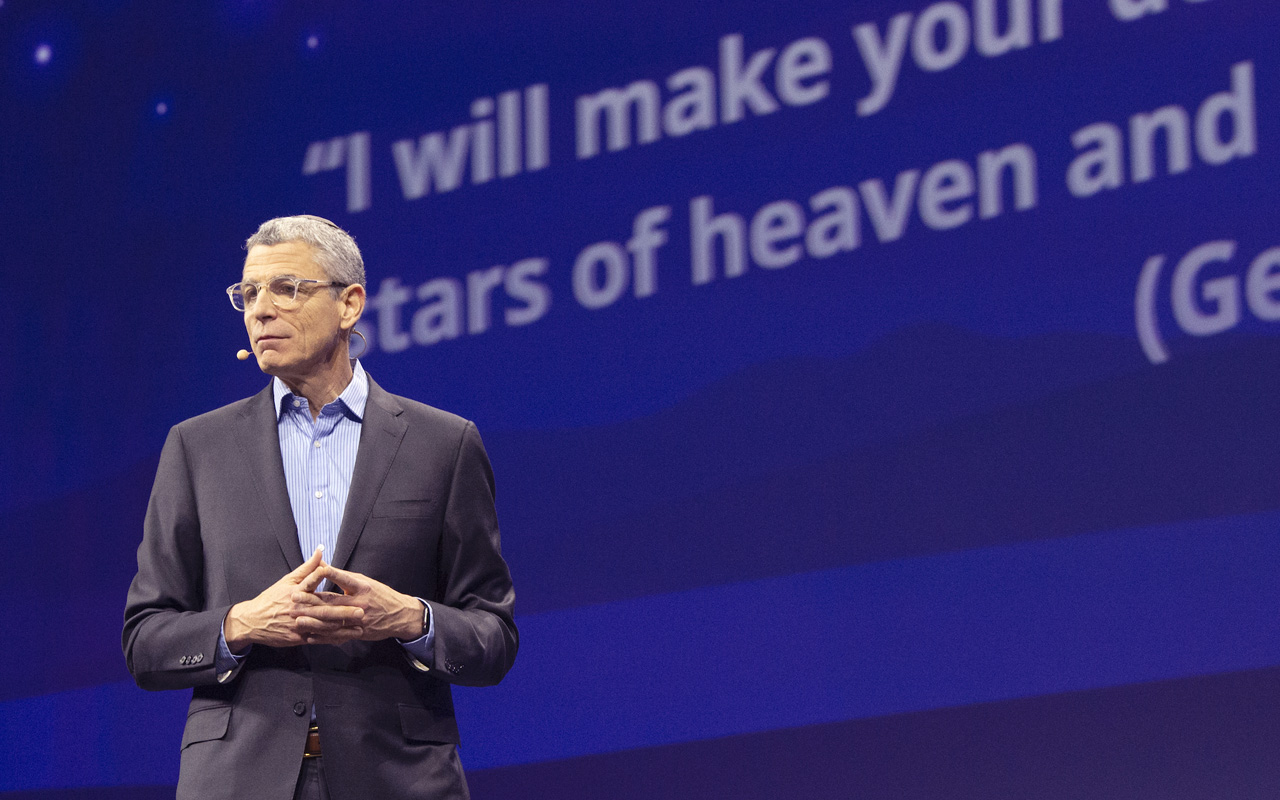