As Bay Area Jewish federations consolidate, what does it mean for the community?

Now that the Jewish Community Federation of San Francisco, the Peninsula, Marin and Sonoma Counties will be consolidating with its counterpart in the East Bay, something will have to be done about the name.

Coming up with a snappier moniker for the expansive organization is on the to-do list, but the JCF’s CEO Danny Grossman, who is overseeing the integration of operations and assets of the two Federations, has a number of other priorities.

The first is “putting us on a path of bringing these two communities together with goodwill, and that we’re trusting of one another,” he said.

The Federations officially consolidate effective July 1. The East Bay’s donor and account administration, asset management, grant-making and grant management will be assumed by the S.F.-based Federation, which will also take over the East Bay office in Berkeley.

The Jewish Community Foundation of the East Bay has already begun the process of transferring its $136 million portfolio of donor-advised funds and other instruments to the S.F. Federation’s Endowment Fund, which manages more than $2 billion in assets.

An arrangement like this is rare, according to Mark Gurvis, New York-based executive vice president of the Jewish Federations of North America, which oversees the 147-strong federation system nationwide.

A few have merged, notably in New Jersey and Connecticut, where pairs of adjacent federations of roughly the same size joined forces. Others have dissolved, becoming “network structures,” meaning they shed the infrastructure of a federation but remained organized, especially around communal fundraising.

In this case, “there was a conscious decision that this was not going to be a merger,” Gurvis said, “but rather an integration of the East Bay into San Francisco.”

Multiple factors played a role in the decision, the same factors that have impacted federations across the country. They just hit the East Bay particularly hard.

One was economics. Though many federations have experienced precipitous drops in fundraising over the last 10 to 20 years, especially when it comes to unrestricted donations, the East Bay Federation has faced dire shortfalls.

What was once a marquee fundraising vehicle, the annual campaign to raise unrestricted funds has declined dramatically. In 2010, the East Bay campaign raised $2.7 million, but last year that figure was $1.9 million. The S.F. Federation, while larger, also experienced declines in its annual campaign, from $31 million in 2007 to $19.9 million in 2014 to $11 million last year. Still, the S.F. Federation last year disbursed more than $100 million from its donor-advised funds and supporting foundations.

Annual campaigns are one data point. In fact, Jewish community philanthropy has undergone a sea change in the last few decades, moving away from central organizations, such as federations, and toward strategic philanthropy, in which individuals give to a charity either directly or through a donor-advised fund, or DAF. A DAF is a philanthropic vehicle launched by individuals, families or organizations to make targeted contributions to nonprofit organizations. The East Bay Foundation administers several such funds, and charges a fee for the service.

That model essentially diminishes the importance of the federation as a grantmaking entity. Nevertheless, the East Bay Federation and Foundation tried to keep up. According to the latest annual report available, in 2017 the organization allocated more than $17 million in grants. But the vast majority were donor-directed grants; just $200,000 came out of the Federation’s unrestricted funds.

“There’s a recognition that that model of ‘community chest’ giving is not resonating with generations younger than mine,” said Eileen Ruby, a longtime board member who started volunteering with the East Bay Federation more than 25 years ago. “That model is shifting and we’re moving toward more of a foundation model.”

Ruby has long pondered why the East Bay Federation struggled so mightily, despite being based in a region with flourishing synagogues, a robust JCC in Berkeley, innovative startups such as Urban Adamah and a population that tops 130,000, according to “A Portrait of Bay Area Jewish Life and Communities,” a study commissioned by the S.F. Federation and released last year.

“The Jewish community is thriving in the East Bay in a lot of ways,” Ruby said, “but the Federation has been shrinking. We have been unable to replace ourselves as donors and as leaders, though that doesn’t mean we haven’t been serving the community.”

The proliferation of donor-advised funds is one aspect of the changes in Jewish communal funding. Another is the rise of major independent foundations, such as the Schusterman Family Foundation, Koret Foundation and the education-focused Jim Joseph Foundation (the latter two based in San Francisco), which annually give tens of millions of dollars to Jewish causes.

Those sorts of organizations rarely support a federation’s general operating expenses. With fewer unrestricted donations, the East Bay Federation could allocate fewer dollars to grant-making, with more going to pay the bills.

“A greater percentage of what you have left [from unrestricted funds goes to] administrative and overhead,” said Moses Libitzky, another longtime East Bay board member. “You’re paying for a community infrastructure, but that’s not something people perceive well.”

“Over time annual Federation gifts started slipping,” said Lafayette resident and former board member Don Chaiken. “About three years ago I sat down with [former East Bay Federation CEO] Jim Brandt, and said, ‘I’m looking at financial statements, and what I see is very little getting through the campaign going into anything other than administrative functions.’ Most of the money going to agencies was coming through the Foundation.”

Leaders of both Federations said another factor driving the decision to combine forces had to do with the evolving demographics of the Bay Area Jewish community, which, according to the 2018 study, is increasingly mobile.

“The study showed people moving all over,” Libitzky said, referring to the finding that more Jews were moving into and out of the East Bay than any other region in the Bay Area. “A lot of young people with San Francisco connections are in the East Bay. These conditions dictated the new model … of regional collaboration.”

According to Chaikin, one option was a sharply curtailed Federation. Another would have had the Federation and Foundation — which are separate entities — combining into one grant-making organization.

At the Federation’s annual meeting in June 2018, the “Re-visioning” task force presented its findings. “The conclusion,” Chaikin said, “was that buying in with San Francisco was on balance the better choice.”

“It was clear the East Bay Federation as an ongoing entity wasn’t going to survive long term,” said Adam Berman, director of Berkeley’s Urban Adamah and a member of the task force. “Whether another two or three years, the trajectory wasn’t looking good.”

Unfortunately, as part of the plan, 12 positions at the East Bay Federation office have been eliminated. Lisa Tabak, who is in her 14th year as executive director of the Foundation, and who previously worked at the S.F.-based Federation, said the Berkeley office will have a staff of six, half of whom will serve Federation interests, the other serving the Endowment Fund.

Tabak, who will become the JCF’s director of philanthropy for the East Bay, believes the consolidation, like the proverbial rising tide, will lift all the local Jewish boats.

“We were very segregated, very separate,” she said of the two communities. “This is going to open so much in talking about communal needs and offering [philanthropists] in the East Bay a level of service that we were not able to offer before. We’re going to meet with our constituents, offer more and better philanthropy in the East Bay, and of course the East Bay organizations will benefit from that.”

To make the transition as smooth as possible for East Bay Federation grantees, leaders announced they have guaranteed funding for up to three years. The funds to support that promise have already been secured, according to East Bay Federation interim CEO Andrew Kastner.

Added Grossman, “It’s really important to us that the vital agencies, especially in the East Bay that have been supported by the East Bay Federation, continue to be supported, so there is no disruption in the short term.”

Some East Bay grantees also are looking forward to the new normal.

“I think it’s a great outcome,” said Berman, who has received Urban Adamah grants from both Federations. “The two entities will be stronger than they were on their own in multiple ways. The possibilities of the community thriving are actually better under this scenario.”

“We’re excited about the possibilities of this new step,” said Rose, whose agency has received funding from the East Bay Federation but not from San Francisco. “I think it’s a fantastic opportunity to look regionally at our demographics, where the Jews are, where they are living, where they are going, [to] look at the unmet needs and lack of resources, and make decisions as a result.”

Though J. reported last summer that the Jewish Federation of Silicon Valley was also contemplating joining with San Francisco, no developments have been publicly announced since, and Federation CEO Jyl Jurman declined a request for an interview.

What does this dramatic change in community infrastructure say about the Federation system and the Bay Area Jewish community in general? El Cerrito resident Sam Salkin, former CEO of the S.F. Federation from 2001 to 2003, and now executive director of Sinai Memorial Chapel, perceives a shift in how Jews see their basic responsibilities to their community.

“Why did we need a Federation in the first place? We needed one because we recognized we were all responsible for one another,” Salkin said. “The [old] model is based on the assumption that I give tzedakah because it’s my obligation.”

Salkin says that thinking is “in demise.”

“The current model,” he said, “is ‘I give because it makes me feel good.’ A community filled with donors whose primary motivation for giving is that it makes them feel good means the Federation doesn’t work, but that the donor-advised model may have a better chance of success.”

Grossman is feeling upbeat about the prospects of the newly combined and significantly bigger Jewish Federation.

“We have enormous respect for the East Bay community, their leaders, and the Federation and Foundation for the work they’ve done,” he said. “These kinds of opportunities arise out of all kinds of circumstances, but those aside, the idea that at this critical time we can come together as one Bay Area Jewish community is exciting.” 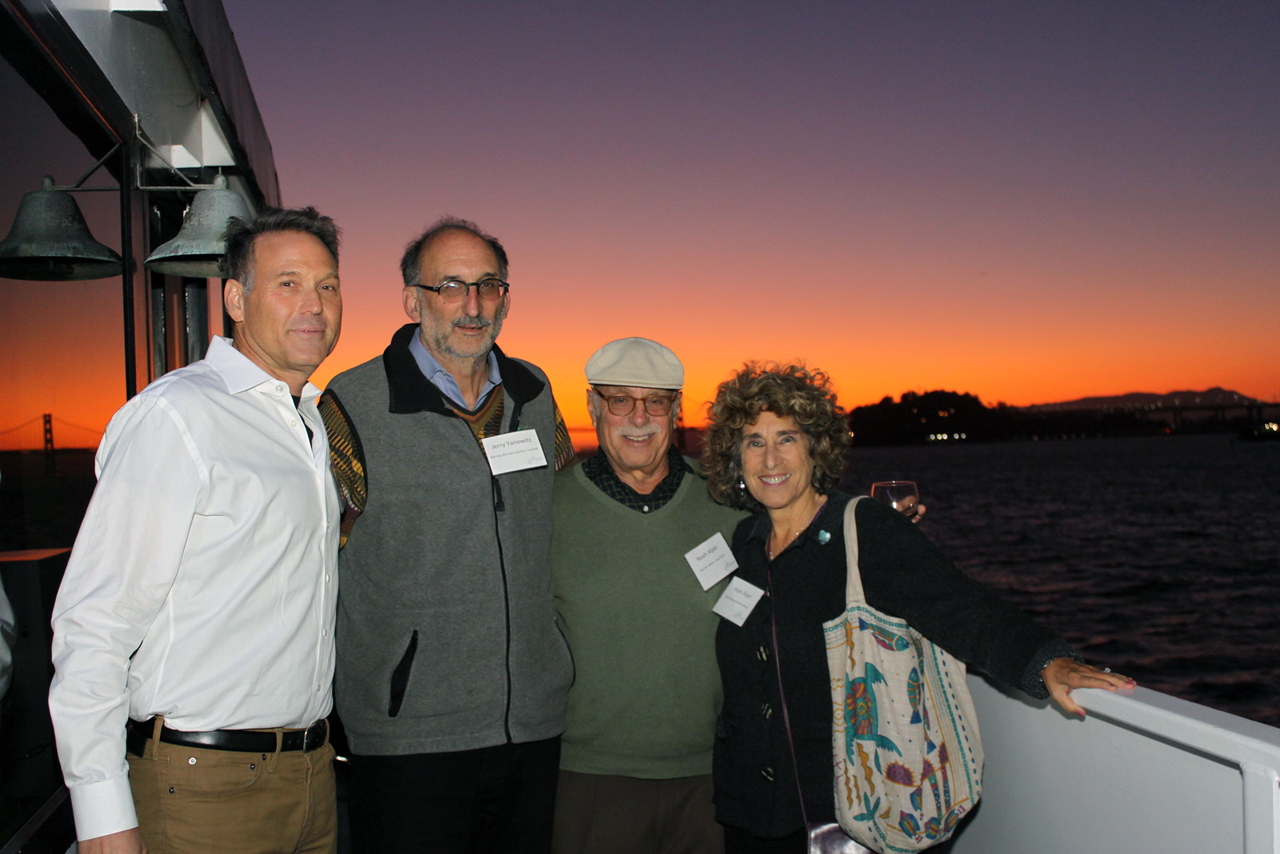 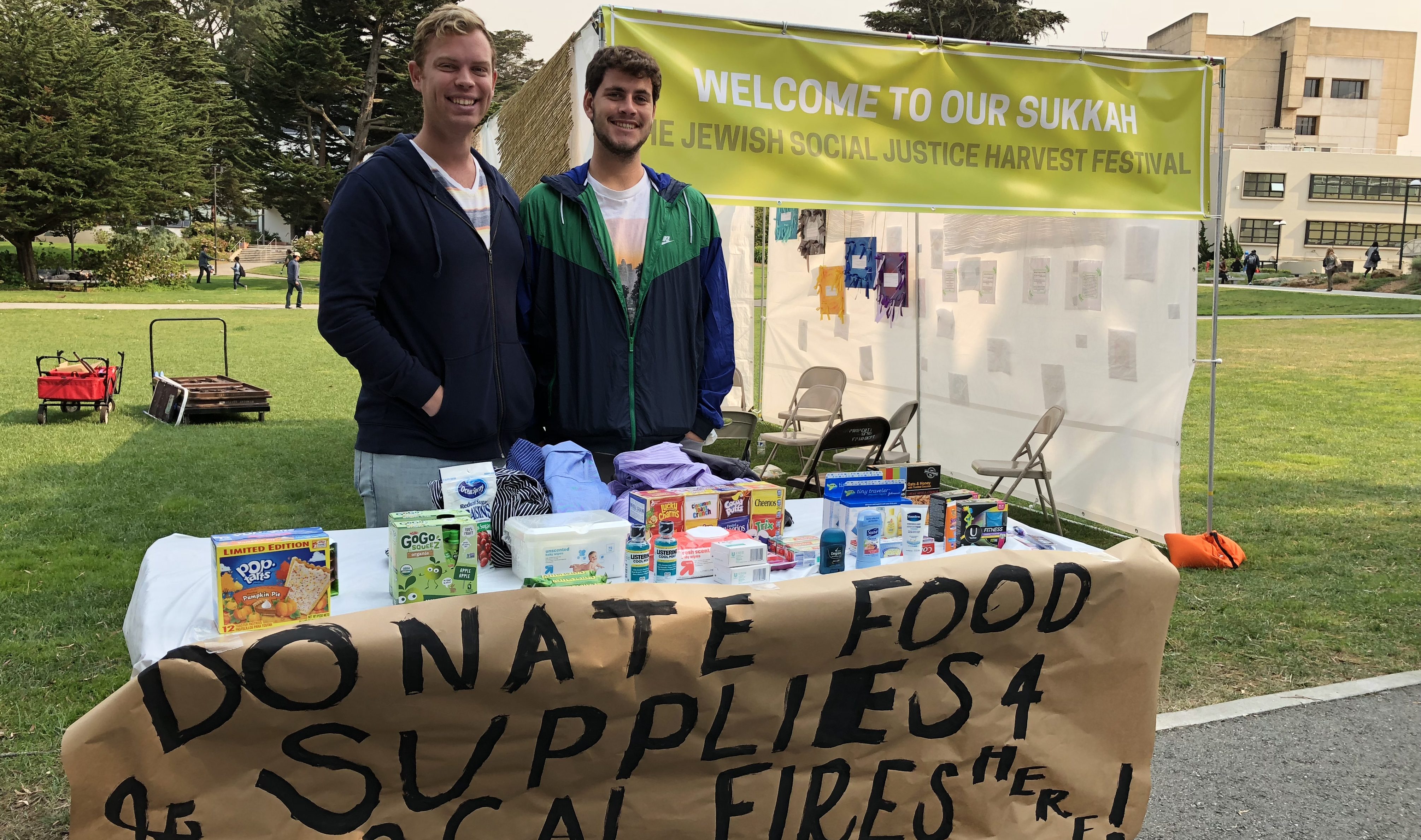 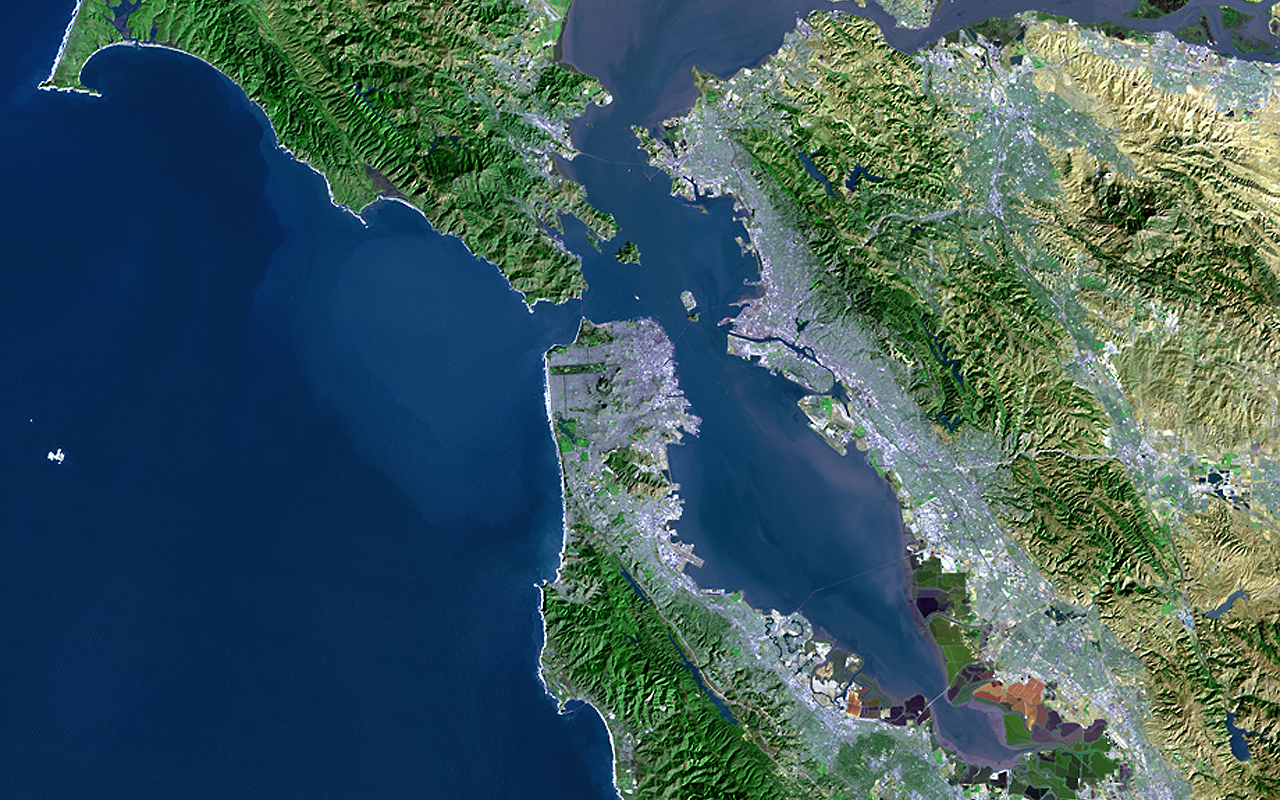