Frameline, the long-running LGBTQ film festival that’s an annual highlight of Pride month, will include two films with a Jewish focus during its upcoming 11-day run.

“Circus of Books,” a new 92-minute documentary by Rachel Mason about her parents, longtime proprietors of a bookstore that sold gay pornography in West Hollywood, will screen at 4 p.m Friday, June 21 at the Castro.

Karen and Barry Mason, a modest Jewish couple, started out as distributors of Hustler magazine to support their growing family. In the early 1980s, after they bought one of the bookstores on their route, Book Circus, they tweaked the name and began selling gay and straight nudie magazines, and eventually pornographic films and sex toys, in addition to mainstream newspapers and books. The store evolved into a haven for gay men in an era when staying in the closet was largely the rule of the day.

“The Santa Monica Boulevard store gained legendary status in Southern California’s LGBTQ community as a place where people could peruse gay erotica or meet other gay people, hanging out in a place free from homophobia,” the Los Angeles Times wrote earlier this year in an article about the Masons, now Jewish grandparents, closing their doors after 37 years.

Though the Masons faced prison time for obscenity during the Reagan era, they eventually became the largest distributors of hardcore gay films in the country, all while raising three children within a conservative home environment. Mason’s documentary explores the layers of a traditional family that was really “anything but.”

Rachel Mason is listed as an “expected guest” at the screening.

The second Jewish-focused film, “Before You Know It,” is director Hannah Pearl Utt’s debut feature film. The 98-minute comedy-drama tells the story of the eccentric Gurner family, which lives in an apartment above a community theater in New York City. The film was written by Utt and Jen Tullock, who play sisters Rachel and Jackie, respectively.

Rachel is a lesbian who serves as the theater company’s stage manager and also struggles to manage the complicated lives of her playwright father, younger sister and a niece. A big plot point is the discovery that Rachel and Jackie’s mother, presumed dead since their childhood, is the star of a long-running soap opera. Tony Award-winning actress Judith Light (the divorced mom on ABC’s “Who’s the Boss” from 1984 to 1992) stars as the mother, and Emmy-award winning actor Mandy Patinkin (“Homeland”) is the father. Alec Baldwin plays a shoddy therapist.

One of the centerpiece films in this year’s Frameline, “Before You Know It” will be screened at 6:30 p.m. Monday, June 24, with Tullock and Utt listed as “expected guests.” The film also will play at the San Francisco Jewish Film Festival, July 18 through Aug. 4.

Information about Frameline, which includes 22 world premieres among its 174 films from 38 countries, is available at frameline.org/festival. 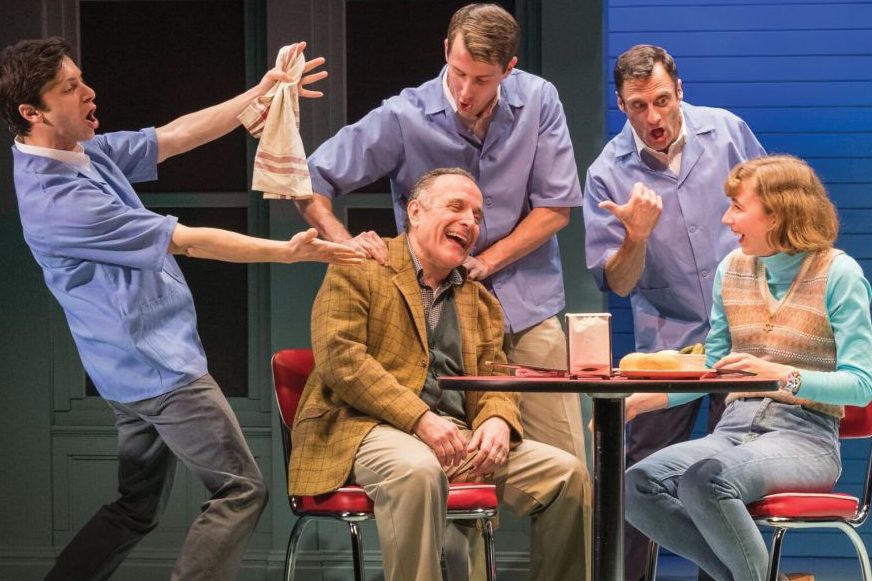