Shelter from the storm: Sanctuary cities then and now

The Book of Numbers concludes with Matot-Masei, two short portions read as one. In Masei, we learn of the arei miklat, the six Cities of Refuge designated as places of respite for men who unintentionally caused the death of another person.

These cities — three to the west of the Jordan River and three to the east — shielded perpetrators from the blood vengeance of the victim’s next of kin, until intent and suitable atonement could be determined. It wasn’t a perfect or easy solution to certain tragedies, but in its conception, it was sane, sober and deliberate.

Judaism is a religion of nuance and gradation, but one where love dwells at the core. The world is chaotic and messy, and the Torah recognizes that keenly. The structures we’ve put in place over time only begin to put in order what is often unimaginably tangled. But we try nonetheless.

Scores of cities across this vast nation, San Francisco chief among them, have declared themselves “sanctuary cities” in our time, following after the Torah model that recognizes the complexity of individual situations and the need to refrain from blindly leaping to conclusions about why and how people come to their current place.

But we live in a time of fear and discord.

I’m not exactly sure to what people refer when they opine for the “good ol’ days,” but this country has most assuredly not always lived up to the “give me your tired, your poor” invitation on the foot of the Statue of Liberty. The 937 passengers (almost all of them Jewish) on the SS St. Louis, who were turned back to Nazi Europe in 1938, and the disgraceful internment of Japanese Americans beginning in 1942 attest to how fear of an infiltration by “foreign” entities can spread— and the speed with which entire groups of people can be labeled unwanted and undesirable.

Opponents of modern sanctuary cities see in them a stubborn refusal to comply with existing immigration laws, a hampering of the American justice system from enforcing desperately needed order in a time of increasing acrimony and deplorable conditions for asylum seekers. Supporters see the cities as an absolute necessity, to allow time for new laws to be debated and emplaced, and to avoid sweeping away the innocent with the guilty in potentially mass raids.

The Torah commands that we be both cautious and compassionate, zealous for our people and communities but still open and welcoming.

It is surely a tall order.

The Biblical Cities of Refuge could not have been easy places. Yet symbolically, and perhaps literally, they offered a place of cooling and reflection, and that is what we need so desperately now.

Every act of kindness, every opening of a door, is necessarily an act of faith. The Torah knows that terrible things happen; that wars, murder and brokenness are part of our lot here on Earth; that vigilance is necessary; and that we must be able to defend ourselves and even draw lines in the sand.

But we are still commanded (36 times, we are reminded regularly) to “welcome the stranger, because you were strangers in the land of Egypt” to “seek peace and pursue it.” That kind of trust may seem foolhardy, even impossible to some, for we never know where openness and generosity of spirit will lead. But it is, ultimately, our tradition teaches, the only path toward redemption.

The word “refugee” comes from the 17th century, when French Protestants known as Huguenots fled their home country and received the name refugie along the way. The debate raged, then as now, over whether they could or should be welcomed to new lands.

One sermon of the time, by preacher Samuel Bolde, exhorted parishioners to ask themselves: “Now if you would find help and relief from others, when destitute, afflicted and persecuted, have some regard to your persecuted neighbors, in this their day of affliction … all that is good and excellent intreats and importunes your charity. Can you deny these sufferers?”

It is time for us all to decide who we are. 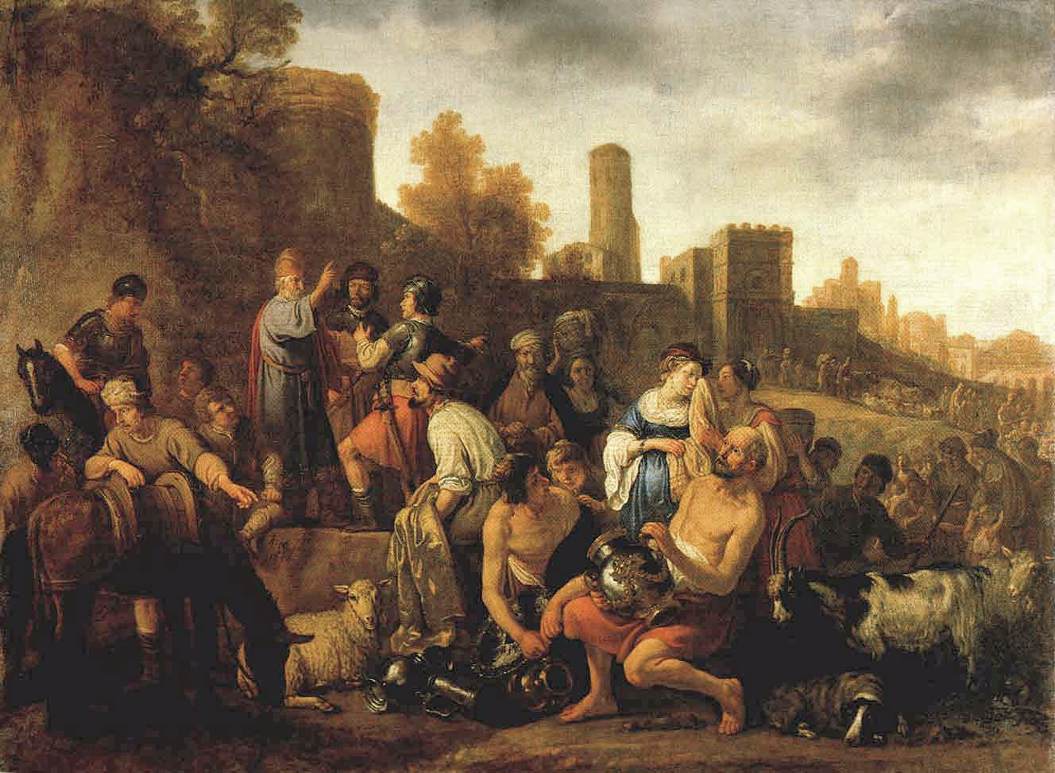 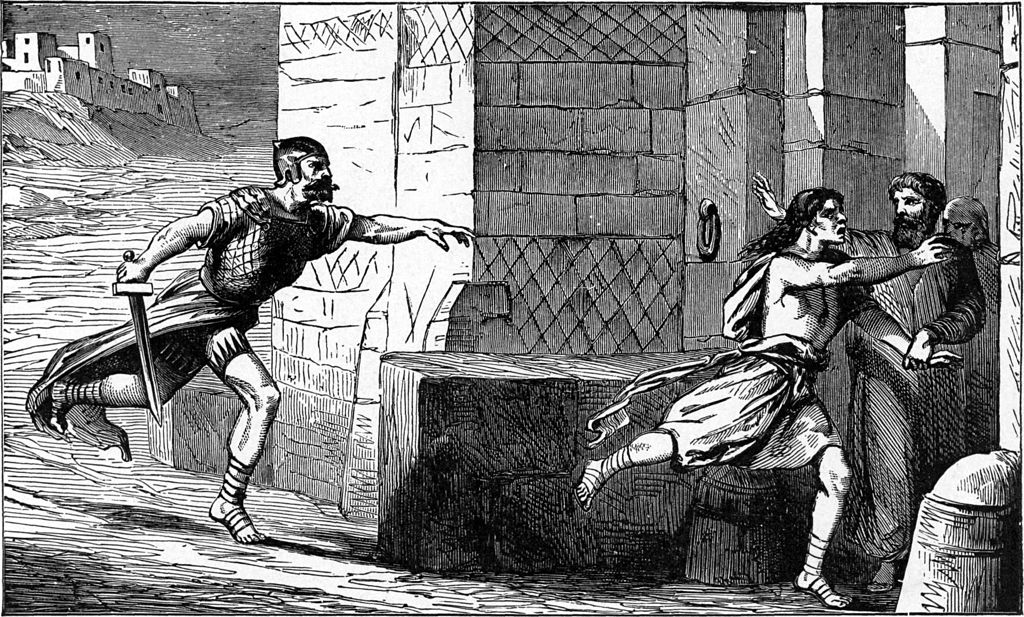