Why this rabbi protested U.S. immigration policy on Tisha B’Av

I have been to many demonstrations at Palo Alto City Hall. But there was something special about the one I attended on Aug. 11 alongside 280 people, most of them Jews.

We came at the suggestion of T’ruah: Rabbinic Call for Human Rights, which urged Jewish communities around the country to organize pro-immigrant vigils on Tisha B’Av. The Ninth of Av is a day of mourning for our experiences of persecution, exile and genocide over 2,500 years. The day is traditionally spent fasting, in mourning and chanting sacred laments.

We know the soul of the immigrant intimately, because we have been there countless times. And so we gathered to express our deepest commitment to champion the needs of the oppressed.

We were one of nearly 60 Jewish communities around the country who performed this act of public prayerful resistance with multifaith partners. In Palo Alto, the “Multifaith Lament and Public Worship for Immigrants and Refugees” concluded three weeks of daily vigils held at Page Mill Road and El Camino Real led by Bend the Arc activists.

On Tisha B’Av, we sang songs of exile and hope, chanted laments over the plight of immigrants in the style of the Book of Lamentations and heard from immigrant leaders, including Hispanic and Muslim. The sounding of the shofar to conclude the vigil was followed immediately by a public Quaker Meeting, in which we were invited to rest in the silence in which Spirit expresses itself and then to rise, if we were so moved, to share thoughts that had come to us in the sacred silence.

Like grief rituals so often are, the experience was at once moving, encouraging and sad as we shared our pain over cruel policies perpetrated by our own country. It was good to be together, speaking the language of our tradition and of our heart’s commitments clearly and boldly in the public square.

But our work does not end there. Traditionally, the mood lightens toward the end of Tisha B’Av, giving us hope for a better future. (The Talmud actually teaches, remarkably, that the Messiah was born on the Ninth of Av.) Jewish tradition does not want us to be trapped in our grief nor paralyzed by it. So, the work of these past weeks must now shift to engaging more people to act on behalf of immigrants in our communities, as well as to change the heartless policies of our government. It is time to rise from our private anguish and help those who are directly impacted. We must do what we wish non-Jews had done when governments turned against us.

There are many concrete ways to help that can make a difference in the lives of immigrants. Here are some of them:

1. Donate to organizations that support immigrants at the border, such as Jewish Family Service of San Diego and HIAS.

2. Donate to pay the exorbitant bail costs to allow immigrants to be released from detention while awaiting trial, such as the Bay Area Immigrant Bond Fund.

3. Write, call and visit your members of Congress, even if you know they agree with you. Constituents who disagree make their phones ring off the hook. We must do the same.

4. Attend or sponsor a Rapid Response Training, which trains citizens to show up when ICE is conducting a raid and document the action, in order to support attorneys doing immigration defense work. These trainings are run by Faith in Action Bay Area in San Francisco and San Mateo counties or Sacred Heart Community Service in Santa Clara County, among others.

5. Contact organizers at one of the organizations named above to ask how you and your synagogue, club or friendship circle can connect with local immigrants personally, including accompanying them to court hearings or simply expressing interest in their lives.

6. Urge your synagogue to declare itself a sanctuary congregation, either to house immigrants in need of shelter or to provide personal support in other ways. T’ruah and the Religious Action Center of Reform Judaism provide resources to support you in this work.

It is time to stand up and act. We will continue to feel stabs of existential pain over a country we no longer recognize. But we must summon our efforts to make a real difference in the lives of people who are being persecuted in our own day. Only then can we turn our mourning into meaningful and impactful action. 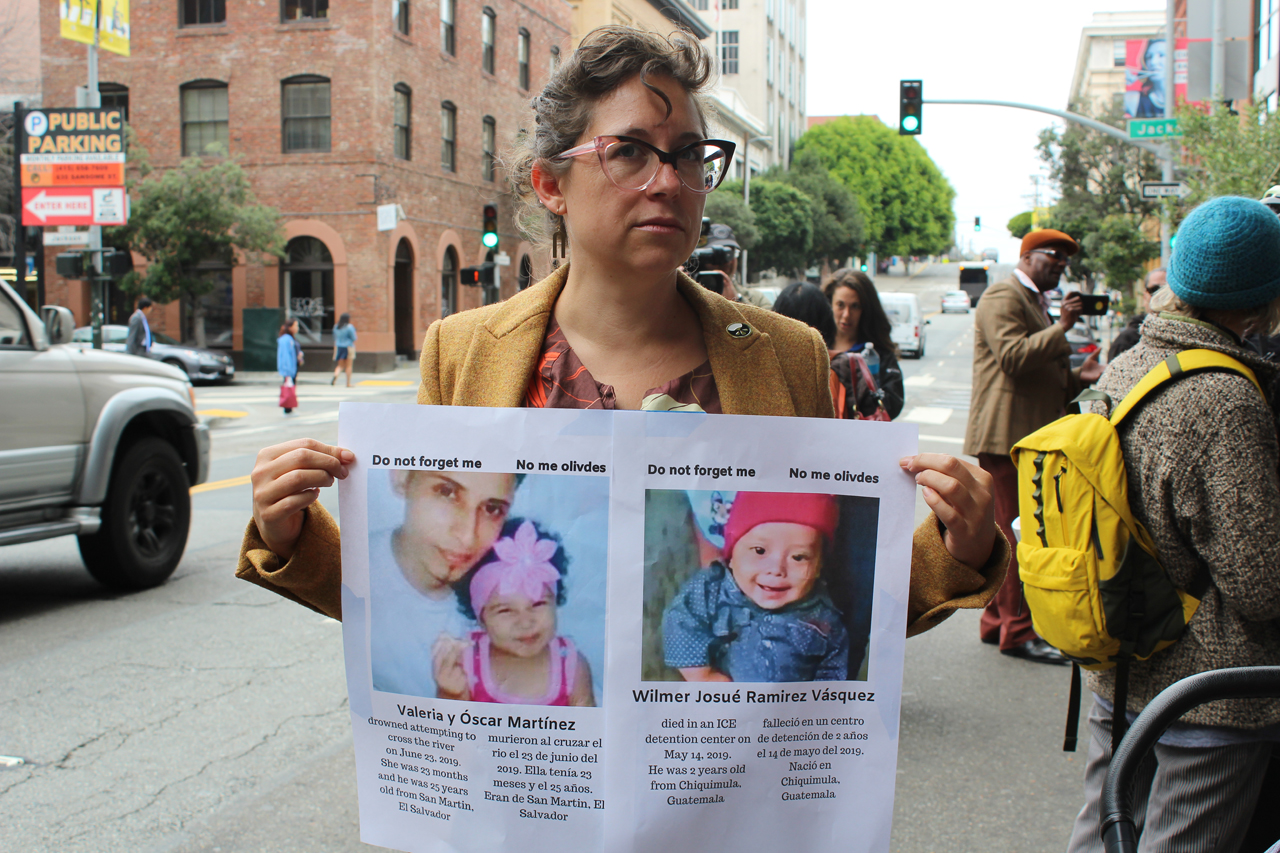