Tovah Feldshuh takes stage in S.F. as ‘Queen of Mean’

Tovah Feldshuh — you may know her from TV, Broadway and movies — is keen on “The Queen of Mean,” the late New York hotel magnate and convicted tax evader also known as Leona Helmsley.

When the full-length show of the same name reaches Broadway, Feldshuh will play the title role, but for now she’s offering a sneak preview in her cabaret act “Tovah Is Leona!” — which Feldshuh will perform on Friday, Sept. 20 and the next night at Feinstein’s at the Nikko in San Francisco.

“In the show, Leona comes back from purgatory to prove her innocence and sing a few show tunes,” Feldshuh quips during a recent phone interview. “It’s not my job to judge Leona Helmsley. My job is to play her — and she’s my first felon.”

Feldshuh did cross paths with a few felons in her longtime role as defense attorney Danielle Melnick on NBC’s “Law and Order.” She also appeared on AMC’s “The Walking Dead” (as a survivor) and on the CW’s “Crazy Ex-Girlfriend” (as Rebecca’s mother).

On Broadway, she was in “Lend Me a Tenor,” “Golda’s Balcony” (as Golda Meir) and “Pippin.” Her previous one-woman shows include “Full Gallop,” “Tallulah Hallelujah!” and “Aging Is Optional.” Her film credits include “Kissing Jessica Stein” and “A Walk on the Moon.”

Some of the songs in “Tovah Is Leona!” are American standards (“pillars of familiarity,” Feldshuh calls them), and some are from “The Queen of Mean,” with music by Ron Passaro and lyrics by David Lee and Alex Lippard. The show, based on Ransdell Pierson’s 1989 biography of Helmsley, has some funding in place, but no opening date or venue has been announced.

“At Feinstein’s, audiences will get an intimate look at Helmsley,” Feldshuh says. The show explores all aspects of the Jewish hotelier’s life, including her career path from office temp to Queen of the Helmsley Palace. Even her real estate rival, one Donald Trump, is mentioned. “They had a terrible relationship. She considered him just a blip on the real-estate scene.”

In her own career, Feldshuh has collected many prestigious awards, and she sometimes wonders whether she would have accomplished as much under her birth name, Terri Sue, as she has under her Hebrew name, which she switched to early in her career.

In 1975, she played the title role in “Yentl” on Broadway. Her triumph in “Golda’s Balcony,” which opened in 2003, helped set the record for the longest-running one-woman show in Broadway history. Now the 2019 film version of “Golda’s Balcony,” a multi-camera showcase of Feldshuh on stage, has been winning awards at film festivals around North America. And earlier this year, Feldshuh played Holocaust scholar Esther Feinman in Jeff Cohen’s play “The Soap Myth.”

“From the beginning, I’ve had the honor of playing substantial roles in substantial pieces, and some of those roles happen to be Jewish,” Feldshuh says. “What the roles all have in common is that I perceived in each one something that makes a difference to me.”

Born on Manhattan’s East Side, Terri Sue Feldshuh grew up in Scarsdale, New York, in an intellectual, Conservative Jewish family. Her upbringing in the late 1950s and 1960s included “the Suzuki approach to Judaism,” she says, laughing, “because you learn the prayer book in Hebrew.”

She also was taught the value of hard work by her parents. “There is great pleasure in working hard,” she says.

Feldshuh practices what she preaches. When she performs in San Francisco, at the same time she will be in previews for Jonathan Shapiro’s play “Sisters in Law” at the Wallis Annenberg Center for the Performing Arts in Beverly Hills. Feldshuh will fly north on Sept. 20, transform into Helmsley for two shows and then fly back to Southern California to resume her role as Ruth Bader Ginsburg, opposite Stephanie Faracy as Sandra Day O’Connor.

“It’s very wild, this schedule,” she says. “How do I do it? Delusional optimism, which I have benefited from for so many years. I prefer heavy responsibility, and this is not the first time I’ve done shows in more than one city at a time. I just buckle down and do my work.” 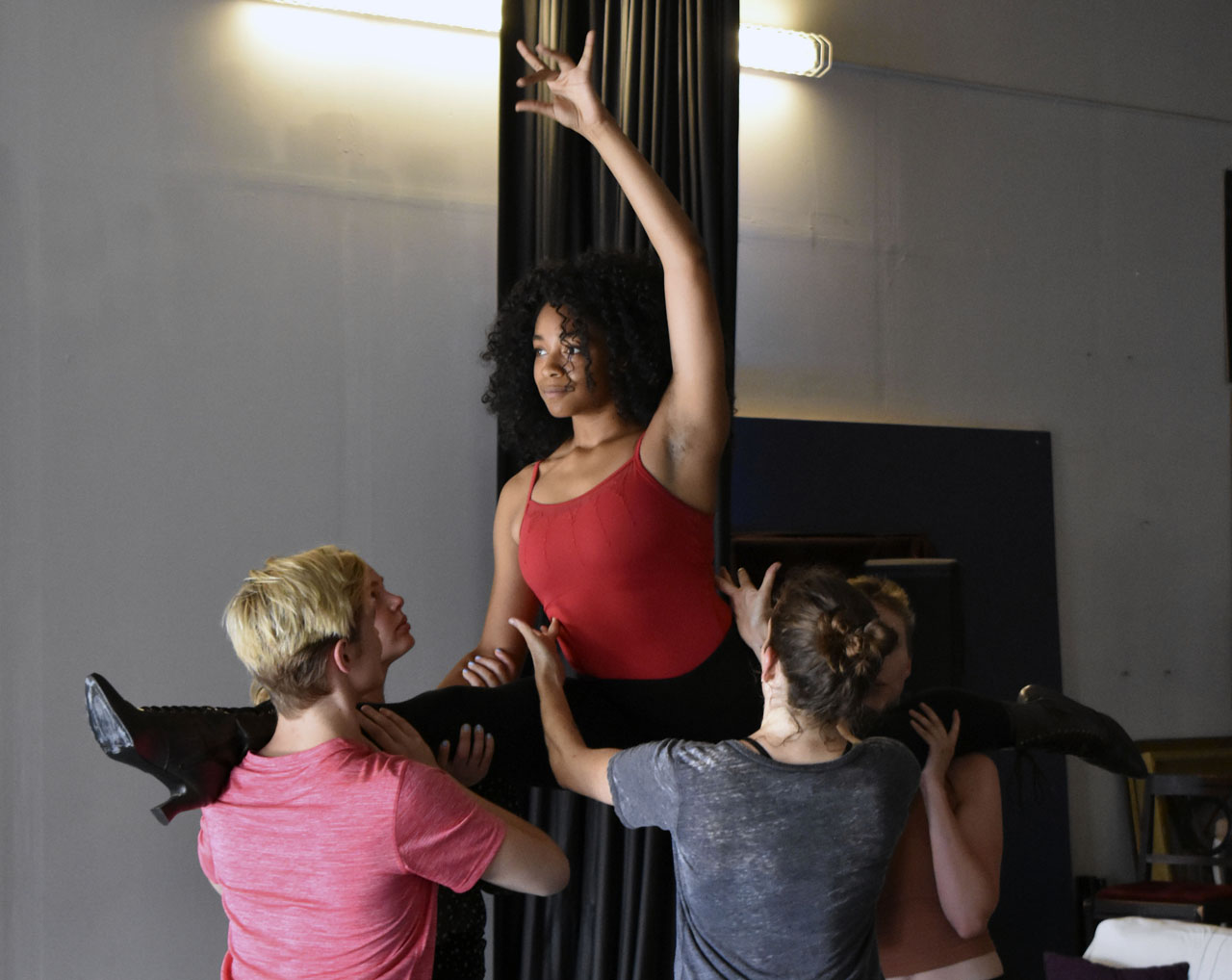