As children of Holocaust survivors, the Rohingya genocide hits close to home

She was 16 years old and alone in a refugee camp in a foreign country when we met her. Sobbing, she told us how she hoped that her brother might be somewhere in this camp, “camp number 18.”  She had heard that he might be alive — if so, he would be her only surviving family member. Or maybe he was in another of the many camps that have been established in Bangladesh for the Rohingya, a Burmese Muslim minority who fled genocide in Burma.

We saw displacement on an unimaginable scale. An estimated 800,000 Rohingya have endured harrowing conditions to reach a country that cannot indefinitely host this many people. A tipping point — for the Rohingya and Bangladesh — is coming. If their plight is unaddressed, it will have long-lasting consequences for the region and beyond — and for people like the girl we met. Yet the Rohingya cannot return home, at least not now, as doing so would be to face the risk of genocide yet again.

Although we visited the refugee camps as members of the U.S. Holocaust Memorial Museum’s governing board, we primarily viewed this unforgettable experience through our own identities as the children of Holocaust survivors. It’s unlikely that young girl had ever heard of the Holocaust, and she almost certainly had never met the children of people who survived Nazi Germany’s genocide. The Holocaust happened in a different time, in a different place and to different people.

But the Rohingya can all too easily understand the sense of abandonment our parents felt. Our parents wouldn’t have needed to speak her language to instantly understand the fear, desperation and loneliness conveyed by her words. Few people spoke up for our families in the 1930s and ’40s. That’s why we went to Burma and Bangladesh today, and why we feel such a deep responsibility to tell the Rohingya’s stories. We hope to help move the international community to action and do for them what wasn’t done for our families.

The camps’ conditions are squalid, and physical depravations alone are more than enough for concern. But it is the potential long-term consequences of this human catastrophe that most concerned us.

The Rohingya are required to live in segregated areas and denied access to education, health care and the basic protections of the state.

The Rohingya have lived in Burma for generations, but for decades, the government has treated them as second-class citizens or denied they were citizens at all. Today, the Burmese government has shown it is unwilling to restore full citizenship to the Rohingya. They are required to live in segregated areas and denied access to education, health care and the basic protections of the state. Anti-Rohingya activity has waxed and waned, but the persecution began accelerating in intensity two years ago.

Burma is a predominantly Buddhist country. Like many Westerners, we perceived Buddhism’s adherents to be unwaveringly committed to nonviolence. Certainly many of them are. But the Holocaust teaches us that all humans are susceptible to hatred and persecution of “the other.” That is one of its timeless lessons.

We were shocked at the blatant official racism and nationalism that defines Burma’s government and especially its military. At least some Burmese government immigration offices post signs saying “Mother Earth will not swallow another race to extinction, but another race will.” The Rohingya cannot forever remain in Bangladesh. But how can they return home to such sentiments?

Stranded in one country and unwanted in their home country, they languish. Educational opportunities, including English language courses, are reasonably available to school-age children in the camps. But what good is an education if there’s no chance of using it to build a livelihood? Indeed, one of the remarkable aspects of life there is the absence of what makes life worth living: a future. Everywhere we saw people idling away the hours. A few small, odd jobs may arise to relieve some of the intense boredom, but there was nothing constructive for these people to do or strive toward.

The Rohingya refugees would like nothing more than to return to their homes and support themselves. But the reality is that absent a concerted international effort to resolve this crisis, the Rohingyas’ future is grim.

The tragedy of the Rohingya is different from the genocide of the Jews. What is not different is the danger of inaction and the responsibility to promote our common humanity, and for the victims, the sense of profound grief at the loss. As the children of Holocaust survivors, we will do what is in our power to ensure that their story does not end like those of our families. 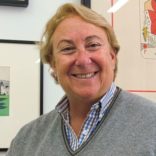 Susan Lowenberg lives in San Francisco and serves on the US Holocaust Memorial Museum's board. 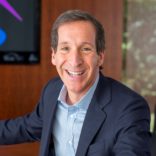 Howard Unger is from Chappaqua, N.Y. and serves on the US Holocaust Memorial Museum's board.