Partying and giving back — it’s the Adam Swig way

When Adam Swig throws a party, people come — a lot of people. Where else can you hear the Shabbat blessing and then some underground rap, or take a Valentine’s Day selfie with a goat, or dance to Latin music with former Giants baseball player Andrés Torres?

Swig says the secret is simple. “Making it fun, filling it with joy,” he said.

Swig is a one-man show, a powerhouse promoter with a talent for creating fun, high-energy events that Jewish young adults flock to by the hundreds. His parties have clever names — “Back to Shul,” “Spring Drake,” “Cocktails Fiddler on the Roof” — and draw crowds who might not show up to a lecture or a Shabbat service, but will happily turn out for a late-night party or a bar that’s playing great dance music.

Now Swig, 34, a San Francisco native and part of the philanthropic Swig family, is looking to scale up what he does so well through Value Culture, the new nonprofit he’s created.

To him, the name says it all. “I think you get it right away,” he said. “Do you value culture?”

Each of the past seven years, Swig has put on an average of a dozen events — Jewish and otherwise — that are not only fun but also encourage people to give. “Hanukkah in Paris” is a bash that draws around 500 partiers each year and benefits Toys for Tots (hence the Marines who show up in uniform).

“Tikkun olam is a big part of everything I do,” he said.

Swig is inspired by an older generation of philanthropists who cared about the city and its Jewish life. His great-grandfather was Benjamin Swig, a businessman who owned the Fairmont and St. Francis hotels. He’s particularly close to his grandmother Roselyne “Cissie” Swig, a donor to major institutions, including the Contemporary Jewish Museum and SFMOMA, and who sits on the boards of the S.F.-based Jewish Community Federation, Jewish Community Relations Council, American Israel Public Affairs Committee and Shalom Hartman Institute. He’s learned a lot from her.

“My grandma always makes it fun,” he said. “That’s my model.”

Swig, a graduate of Drew School, had his bar mitzvah at Congregation Emanu-El and went on to get his first job there, as a teacher’s assistant. (He left to work for the S.F. Giants, starting as a bat boy.) After graduating from Santa Clara University and doing some entertainment consultancy work, he came back around to S.F. Jewish life in 2013 with his Israel in the Gardens “Innovation Alley,” which showcased high-tech and nonprofit startups.

Today Swig hosts a party or two a month; he also is a consultant for organizations planning their own events.

You really feel like you’re getting invited by your best friend.

“He has a knack for picking interesting venues and relatable causes,” said S.F. native Jennifer Rosenthal, who has been going to Swig events since the beginning. They always have two important things that make for a great party, she said: tasty food and amazing DJs.

“There’s definitely a lot more dancing than you would expect,” she added.

Some of the success stems from the atmosphere that Swig creates around himself.

“You really feel like you’re getting invited by your best friend, and that makes you 10 times more likely to come,” Rosenthal said.

(This reporter got a taste of Swig’s generous nature during our interview when he showed up with an extra cookie. If he buys a cookie for himself, it’s second nature to buy two.)

Named one of “2019’s most eligible singles” by the Nob Hill Gazette, Swig is known all around as a mensch.

“He’s a promoter with heart,” said PJ Cherrin, regional director of Birthright Israel Foundation who has worked with Swig several times. “He’s more than a programming person. He’s trying to build a community.”

Swig chaired a young adult gala benefit for Birthright featuring Randi Zuckerberg in 2014, and he and his grandmother co-chaired a fundraiser for the organization in 2016. He’s also helped raise funds for numerous Bay Area causes, from fire relief to homelessness to coastline protection to the S.F. Jewish Film Festival and Reboot.

Swig’s events, some more overtly Jewish-themed than others, welcome all ages, ethnicities and religions — including the after-parties he throws for attendees of Congregation Emanu-El’s Late Shabbat services.

“Other people need that healing on Friday nights,” he said. “They need that light in their lives.”

Rochelle Proctor, who has been to a few of Swig’s events, agreed. “He’s so proud of Shabbat: the religion, the candles, the wine, the bread,” she said. “And the people who aren’t Jewish take to it. They love it!”

Proctor also confirms that the events are open to all ages. “I’m 82 and my boyfriend is 91,” she said.

Swig’s main audience, though, is the community of young people moving to San Francisco every year. He wants them to get to know and love his city, too, and he pushes back against anyone who merely laments the ways the city has changed.

“You can’t be afraid of change,” he said. “It happens. Look at San Francisco! It’s happened.”

His parties reflect those cultural changes in a positive way. So while he might feature underground rappers and drag performers, he also strives to introduce newcomers to institutions such as the San Francisco Symphony, with his “Shabbat at the Symphony.”

It’s that mix of high and low, rich and not, old and young, newcomer and native, Jew and non-Jew, all bound together, that generates the atmosphere that is Swig’s brand. And Value Culture is his way of keeping that special sauce that makes his events so successful and scaling it up, working with a team to create even more.

Until now, Swig has essentially done everything himself through his network of contacts, using his own money and some informal contributions.

That’s something he believes Value Culture will offer, allowing him to hire staff and build the kind of structured operation that makes organizations more confident about working with him — especially those that might hesitate to rely on one person, no matter how well-connected or experienced, to throw an important event.

“I was tired of that getting in my way,” he admitted.

The venture requires him to seek investors. Despite his experience with fundraising, this is the first time he is putting out the hat for his own organization.

“Asking people for money is not the most comfortable thing to do,” he said.

Will Value Culture eventually become a bigger brand than “Adam Swig Presents”? Swig doesn’t know, but he is looking forward to the changes and thinks his new idea has legs. 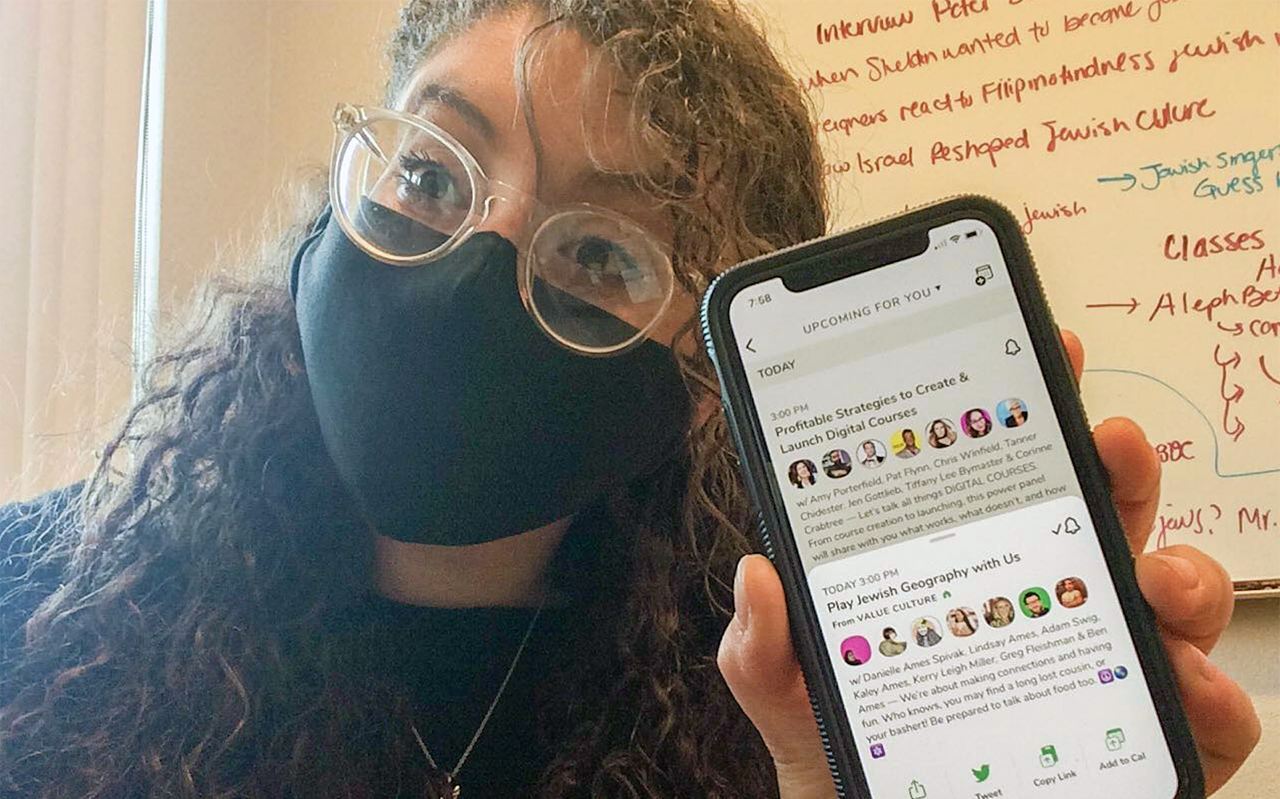