An Israeli couple, a hero dog, and a van that wouldn’t start

Israelis Maayan Kline and Ashriel Ashush may look like just another young tourist couple traveling around the United States in a van with their dog, a Belgian Malinois named Benzi. But these are no ordinary tourists. Two of them are also genuine heroes, and one of those heroes is the dog.

A few months ago, they arrived at Chabad of Solano County in Vacaville while traveling in their 2004 Dodge Ram named Nissim (Hebrew for “miracles”). Their trip through California followed an extended tour of Asia and India that started after they married two years ago.

“We were couch-surfing in Vallejo, planning to go to Napa and Sonoma, and we Googled ‘Jewish in the area,’ and Chabad of Solano County came up, so we called here,” Kline said.

Security concerns were the first thing Rabbi Chaim Zaklos said came to mind when he got the call. “I was skeptical, even though they were speaking in Hebrew, so I asked if they knew any rabbis, and one they mentioned was a former classmate of mine who is now in Cambodia,” Zaklos recalled. “He verified he knew them,” and all was well.

“We had intended to stay just for one weekend,” said Ashush, 33, “but when we went to start Nissim that Sunday, it wouldn’t start, and we came to feel comfortable and welcomed, and that began our extended stay here.”

The trio has been a definite conversation starter, Zaklos said. “They have been contributing to the community at least as much as we’re contributing to their journey,” he said. And they’ve “contracted some of the contagious Hasidic joy since they’ve been here. They greet visitors with that, and their youthful spirit. We feel this is our small way of showing our appreciation to those who have served our people in the Holy Land.”

Kline, 26, actually met Benzi before she met Ashush. She served in a K-9 unit in the Israel Defense Forces, and the dog was trained in explosives and munitions detection. Both were part of a team that searched a captured Iranian ship in the Red Sea in 2014, uncovering a cache of rockets believed destined for Sudan.

Kline trained for nearly a year in the elite Oketz K-9 unit before Benzi was assigned to her. The dog had washed out of the attack unit and joined her in munitions detection. (There are separate K-9 units that train for attack, chases, rescues and finding bodies, she said.)

“He was nervous, but it was love at first sight,” she said.

She and Benzi were involved in sniffing out hidden ammunition, firearms and underground explosives factories, going into homes and other buildings in the West Bank and sometimes facing residents who were violently opposed to their presence. “The first time we were shot at, Benzi pooped,” she said.

The Eilat mission on the Red Sea, one of Kline’s first, began with a phone call on a Friday as she made her way home for the weekend.

“Intelligence already knew there were munitions hidden on the ship, among the stuff that was supposed to be there… soil, I think,” she said. “We didn’t know if the crew knew and were in on it or not. The navy had captured and boarded the ship the night before, and we needed to determine if the crew were combatants or not, and we had to get there as quickly as possible.”

The mission got a lot of attention and a team commendation.

“The prime minister and the president came and spoke to us, gave us credit for working so hard,” Kline said. “It was obvious that we may have saved millions.”

When her military service was up, Kline set out to accomplish her childhood dream of traveling the world. She wanted to take Benzi with her, but the army wasn’t ready to release him from duty. So she submitted a petition for his release and in the meantime went to Africa, until she finally received word she could take Benzi home.

“They’d tried pairing him with several other handlers and none of them worked out,” Kline said. “He was too attached to me — and me, too — so they let me take him. My parents wouldn’t let me bring a dog home, so I found a place to live in Jerusalem and got a job at a restaurant.”

That’s where she met Ashush, a teacher and massage therapist with Tunisian Jewish roots. The two quickly discovered a mutual love of traveling. “I’m not satisfied with my small world. I wanted to explore. This is how I learn best — seeing the people and the cultures,” said Kline, whose father is from Zimbabwe and mother from the U.S. “I told Ash immediately that this was my plan, and we decided we would do this together.”

The pair made trips to Eastern Europe and “it became obvious that this was meant to be,” she said. “So, two months after we were married, we left.”

While traveling through Asia and India, the newlyweds stopped at Chabad houses — some 25 of them — along the way. In Thailand, Ash ran into someone he knew who suggested he and Kline come to L.A. and stay with him. That’s how they ended up in California, where they were finally able to send for Benzi.

The couple agrees that the where and when of their journey is being directed by a higher power, so they don’t yet know when they’ll be moving on or where their next stop will be. (Check their Instagram for updates.)

“This is an amazing journey. It’s the people we meet along the road where we find community and inspiration,” Ashush said. He’s come to believe that the Jews’ earthly mission may be to learn how to get along with each other, so “we can teach [that secret formula] to the world.”

Added Kline: “Our journey is about finding the truth for ourselves. And we’ve found that deep down, most of us all want peace.”

Despite their love of travel, they say there is still no place like home.

“When we decide to settle down,” they said, “we will obviously go home to Israel.” 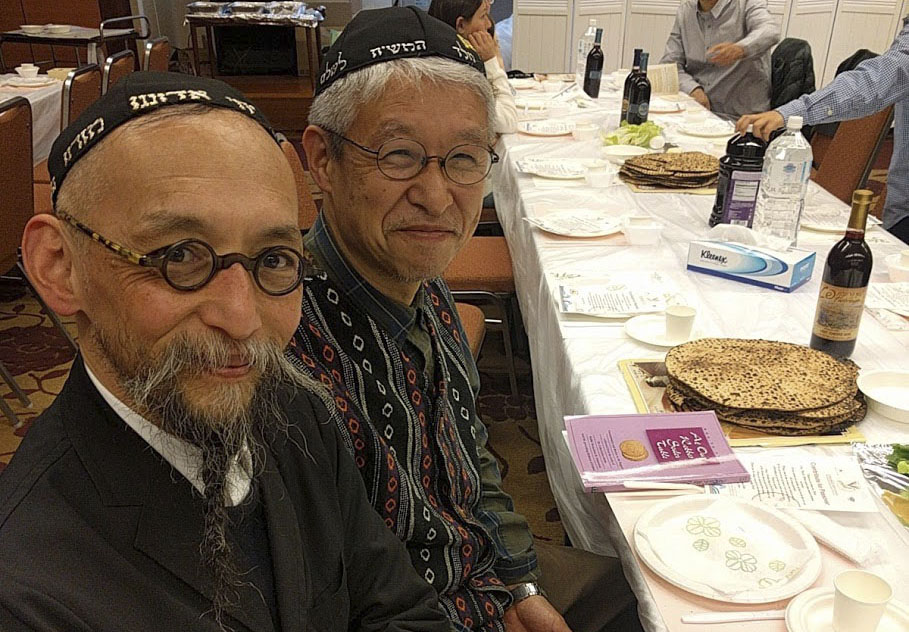 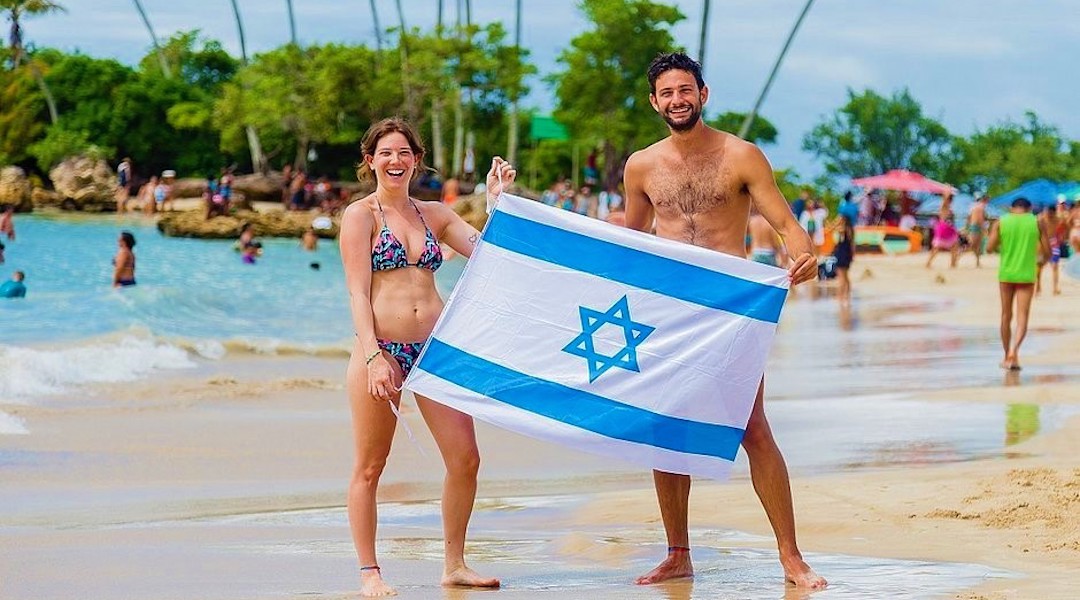