Xenophobia in Hungary: Is the past becoming the present?

A dapper, elderly gentleman I will call István came to my studio for a recording session. I had advertised for voice-over talent that could do a light Hungarian accent.

Specifically, I needed someone to read aloud excerpts from the memoir of Imre Erdős, who immigrated with my father to Bolivia in 1939, and a letter that my grandfather, Andor Weidlinger, wrote to my father after the Soviet liberation of Budapest in 1945.

The voices are just a small part of the tapestry of the documentary film based on my book, “The Restless Hungarian.”

I liked István immediately. Dressed in a dark suit with an open shirt, he had a rakish, debonair quality of a man who had seen the world, lived large and had no regrets. His Hungarian accent was perfect — not so heavy as to be hard to understand, but authentic.

He lived in England and the United States for many years (he had fled Hungary during the 1956 revolution), so he had a grasp of English-language idioms. Yet he still had personal and professional ties to Budapest.

The recording session did not go as easily as I anticipated. István was great for the role of Erdős, who recounted his adventures with a devil-may-care insouciance, but we got bogged down with István’s reading of Andor’s letter.

Andor, his wife Rózsa and Lulu (my father’s stepsister) were Jews who had survived the Holocaust. Andor spent everything he had in bribes to keep Lulu from being put on a train to Auschwitz.

He wrote to my father: “When liberation came we were in the basement, in a hole in the ground, between dead bodies and rubble. Our home was hit by a bomb. Everything that was not destroyed was looted.”

István performed these three sentences with the same light-hearted air that he gave to Erdős’ adventures. It’s a Hungarian trait to make light of tragedy, to make jokes in the face of death. It’s a way to survive. But it is not what I wanted. I wanted István to read Andor’s letter in a way that the listener could fully imagine the loss and devastation that my family experienced. I remonstrated with him. “You have to see this! You have to imagine this!”

István got quiet for a moment and then he said to me: “Of course I can see this. I don’t have to imagine this. I was there.”

“Yes. I was a child of six, but I remember perfectly. I had to wear the yellow star. Everything was looted from our house, too. The neighbors said nobody believed we were coming back. But we survived. I am a survivor.”

I asked István to read Andor’s letter again and this time he did so with feeling.

I have had similar experiences on this project several times. Suddenly the past not just a story — something that happened 80 years ago. Suddenly the past is in the room, as it was with István remembering what he saw as a 6-year old boy. I asked István if I could write about him. He politely demurred. I understood completely. Once again, it is not a good time to publicly call attention to one’s identity as a Hungarian Jew. István is a pseudonym.

In 2018, at a speech commemorating the 170th anniversary of the Hungarian revolution of 1848, Hungarian Prime Minister Viktor Orbán used familiar anti-Semitic tropes to disparage his opponents. He said, “They are not national, but international; they do not believe in work, but speculate with money; they have no homeland, but feel that the whole world is theirs.”

During this period, Hungarian schoolchildren repeated slogans that equated the Hungarian Jewish philanthropist George Soros with the devil. Orbán and his government targeted Soros (a Holocaust survivor) as public enemy No. 1. Soros’ Open Society Foundation has pushed for greater tolerance of refugees and migrants, leading to accusations that Soros is aiming to “Muslimize” Europe. Lydia Gall, a researcher at Human Rights Watch, said that much of the anti-Soros rhetoric is “reminiscent of Nazi propaganda from the 1930s.”

Meanwhile, under the guise of “reforming the regulation of international private universities working in Hungary,” Orbán’s government has enacted laws to shut down Budapest’s Central European University, created by Soros 25 years ago. CEU was one of the last bastions of free speech and independent thought in the country, in which the ruling party effectively controls 90 percent of media outlets.

I am reminded of Hungary’s Numerus Clausus Act of 1920 that barred Jews from enrolling in Hungarian universities. It is the reason my father was obliged to study abroad. Cleverly, the text of the law did not target Jews in particular … but for “the good of society” instituted quotas tied to an ethnic group’s representation in the whole of society.

Similarly today, Orbán’s warfare (some call it “law-fare”) on civil society is similarly couched in the blandest of terms.

A year ago, my cousin in Budapest sent me a photograph his son had taken of phalanxes of riot police massed in front of the Hungarian parliament building. Thousands were protesting the passage of the new, so-called “slave-labor law,” which empowers Hungarian employers to unilaterally demand up to 400 hours of overtime a year from employees.

In my mind, I make an association between the phrases “slave-labor law” and “slave-labor battalions” in which tens of thousands of Jews perished during the Holocaust. Of course it is not the same thing — but the image of the police, dressed all in black and anonymous in their black helmets, seem the perfect symbol of a totalitarian state.

It is too early to know if the tide of politically fueled xenophobia in Hungary is beginning to ebb, but recent election results offer a glimmer of hope. At the polls on Oct. 13, opposition candidates made significant gains against Orbán’s political machine, winning control of 11 of Hungary’s 23 largest cities, including Budapest. 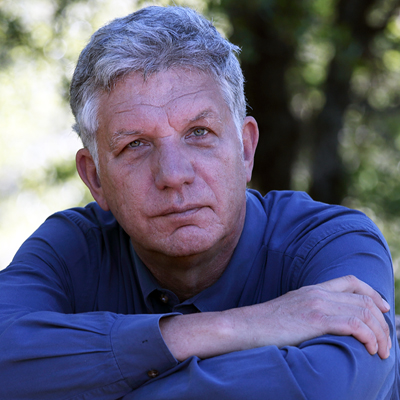 Tom Weidlinger is the author of the blog “The Restless Hungarian: Modernism, Madness and The American Dream.” He lives near Angel's Camp in Calaveras County