This past October, rather than celebrating the two most holy holidays in my religion, I attended my high school classes to avoid falling behind. This is a decision I should not have to make.

Every year, I want to miss school for the two most holy days in Judaism: the Jewish New Year, Rosh Hashanah, and the Day of Atonement, Yom Kippur. For Rosh Hashanah, Jewish people celebrate the holiday by attending synagogue, saying prayers and eating specific sweet foods to start the new year off right. During Yom Kippur, Jewish people start to fast the night before, and fast throughout the day while attending synagogue. At the end of the day, we break the fast with a meal at dinnertime. Yet I attend school, in fear of having an overwhelming amount of work to catch up on; therefore I cannot fast because it is too hard to do while trying to learn.

While there are excused absences for religious holidays, Jewish students are often either unable to celebrate because they do not want to miss school, or they have to catch up on what they missed. School is already stressful enough, and not being in class causes students to miss important lectures, classwork or assessments.

The Bay Area also has a significant number of Jewish people, making it reasonable to have the two most holy, important Jewish holidays off. The San Francisco Bay Area has the fourth largest Jewish population in the country, with 350,000 Jewish people, and Santa Clara County has the greatest population of Jewish people in the Bay Area, as stated in a study done by the Jewish Community Federation of San Francisco, the Peninsula, Marin and Sonoma Counties in 2018.

Furthermore, schools have been aligned to Christian holidays for a very long time, and while the two-week break in December is not always called Christmas break, that is what many students know it as. If Mountain View High School incorporated Jewish holidays such as Rosh Hashanah and Yom Kippur into the school calendar, as well as holidays from other less represented religions, it would not only allow Judaism and other religions to gain more representation, but it would also allow for the community to celebrate diversity.

Having Rosh Hashanah and Yom Kippur off would also give students who do not celebrate the holidays time to relax. Students would have the opportunity to catch up on work and sleep, or simply destress. 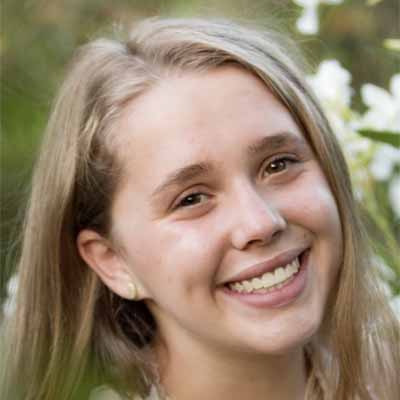 Ava Hinz is a junior at Mountain View High School. She is the photo editor of her school newspaper and is active in her chapter of BBYO.