That was a red flag if I’ve ever heard one. It was how the Smitten employee responded when I asked if he had tried its latest seasonal offering, developed in partnership with Wise Sons Jewish Deli: Latkes and Applesauce. As an ice cream flavor.

You know the expression “Just because you can doesn’t mean you should”? That was my initial reaction upon hearing about it. But I dutifully went to my local Smitten shop anyway to procure some. (It’s now available by the pint at all locations and through the delivery apps.)

Unlike the employee, I am of the mindset that onions can be a beautiful thing. But when they are the dominant flavor in an ice cream, it’s not one you want to keep eating, no matter how locally sourced and organic the ingredients are. Or look at it this way: If you want a flavor that won’t tempt you to devour the entire pint in one sitting, you’ve found it.

Smitten held an ice cream social at the JCC of San Francisco recently to debut the flavor, which takes Wise Sons latkes and steeps them in cream.

For my tasting, I invited six people to offer their opinions. I did not divulge my point of view beforehand so as not to prejudice them.

Two of the tasters were former ice cream shop employees. Only one person liked it. But when I asked whether he’d buy it over Smitten’s other ice cream flavors, he admitted he wouldn’t.

I saw more than one funny face made upon first taste. And then the comments:

“I never tasted an ice cream flavor I didn’t like until now.”

“Putting ice cream on a latke would be a much better strategy than putting the latke flavor in the ice cream.”

“There’s not enough apple to redeem the unsweetened vanilla flavor.”

“It’s comparable to the buttered popcorn-flavored Jelly Belly. Why?”

Smitten founder Robyn Sue Fisher calls Latkes and Applesauce ice cream “a foodie flavor. It’s on the savory side, but really special,” she said. “Our intention was more to pique curiosity and do something out there.”

A Stanford Business School graduate, Fisher positioned Smitten as an ice cream disrupter, using technology to improve upon the form. Customers can watch their ice cream churned in front of them with the high-tech “Brrr” machines, which use liquid nitrogen to create a scoop free of the fillers found in many conventional ice creams.

I never tasted an ice cream flavor I didn’t like until now.

It’s a concept that has caught on, as Smitten has numerous locations throughout the Bay Area and has expanded to Southern California.

This is a company that takes its locally sourced, no-fillers mantra seriously, and the product tastes like it. While in the store, I wished I was buying any number of other available flavors instead, like crème fraîche and cranberry, even at $11 per pint. A vanilla base with the sweet-salty combo of chocolate chips and pretzels is a customer favorite.

This was not Smitten’s first foray into creating holiday flavors. Last year there was a “Christmukkah” flavor, mixing chocolate-covered matzah and macaroons with Christmas cookies — “not to say that matzah is an appropriate thing for Hanukkah,” Fisher said. This is the third collaboration with Wise Sons; an apples-and-honey flavor at Rosh Hashanah this fall sold out in two hours, and at Passover they did one with caramel-chocolate matzah.

Fisher told me she thought about doing a jelly doughnut flavor for Hanukkah but felt it was too safe, “and the latke is more iconic and eye-catching so we went with that.”

(It’s worth noting that San Francisco Hometown Creamery, an ice cream business on Ninth Avenue owned by Jewish brothers, has had a jelly doughnut flavor for several years at Hanukkah.)

As for Fisher’s Jewish background, her father served as the first president of her Boston-area synagogue, and just as the community there served as her extended family, she said, “Now I’m building a community here in the Bay and using my love of ice cream to do so.”

I am all for chef-owners expressing their identity by offering Jewish holiday menus in their restaurants, and I highlight many of them in this column. I really wanted to like Latkes and Applesauce. But it’s hard to improve upon a latke, and distilling its essence into ice cream just doesn’t do it.

However, one misfire of an idea does not tarnish a whole brand. I give credit to both Smitten and Wise Sons for being so gutsy and original, and I’ll be curious to know if this flavor finds its audience.

But next time I’m in the mood for a sweet-salty fix, I’ll go for the chocolate chips and pretzels. I hate to be so vanilla in my choices, but when it comes to ice cream, I guess that I am. 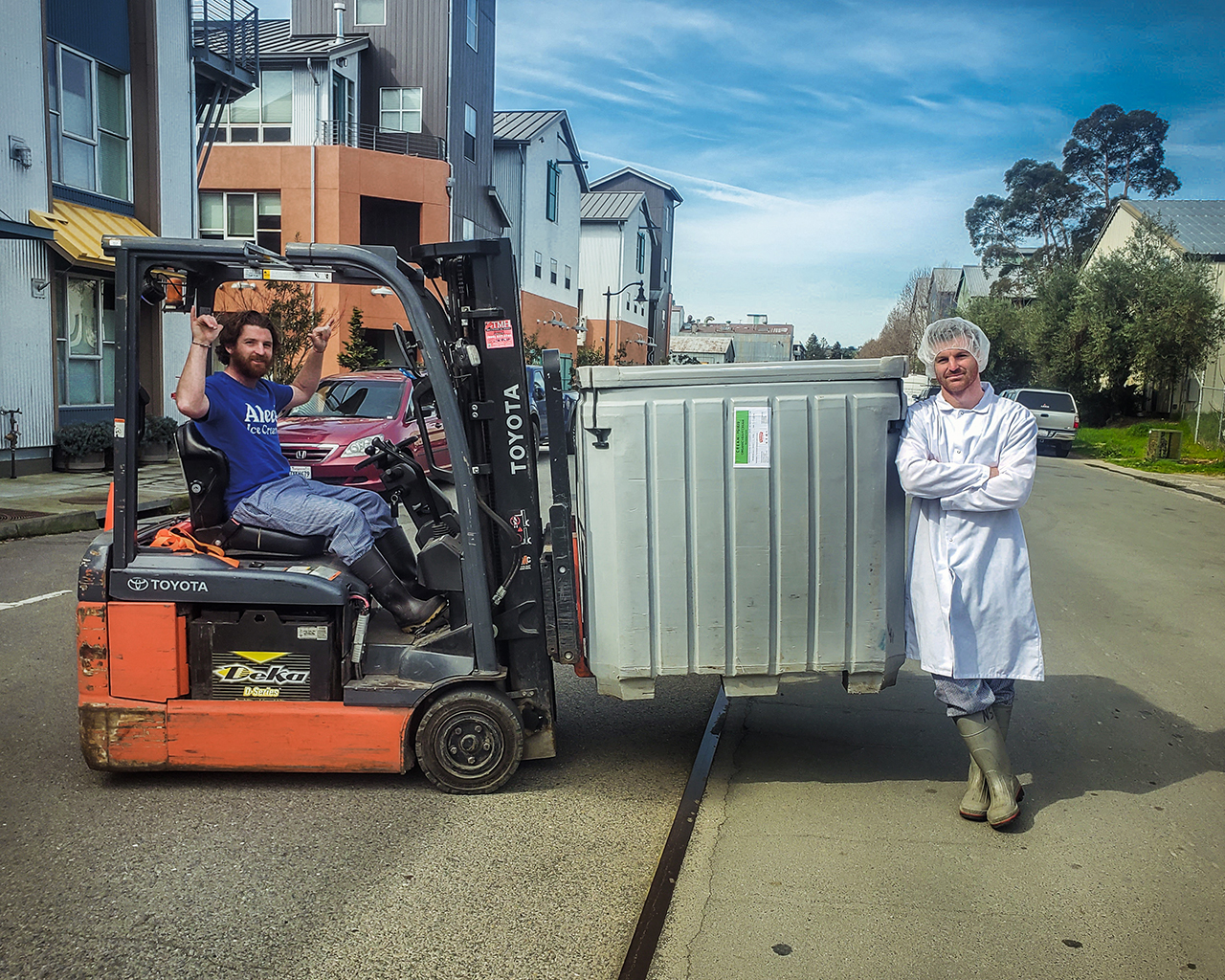