The Torah at my childhood synagogue was desecrated. But we’re still standing.

Last Shabbat, in the middle of the night, my childhood synagogue was vandalized.

Photos show the Torah — the most precious item that we have in our tradition — thrown on the ground and pages of other holy books torn out and scattered. It happened in Nessah Synagogue in Beverly Hills, the synagogue I attend when I am back home, the synagogue of my family and of the rabbi who married my parents and taught me the meaning of Judaism. But what makes the photos so hard to look at is that someone could take something so precious, a treasure we physically stand for when it comes around during services, that we kiss, that we whisper our needs and wants to — that someone could take something they know is so important to another person and destroy it without thought.

Though my roots are in the large Persian Jewish community of the Los Angeles area, I was ordained as a rabbi by the Reform movement. At seminary, it was always so interesting to me that when the Torah was marched around during services for all to touch, people would just stand in their place, waiting patiently for the Torah to come to them. Sometimes people would grab a siddur, touch the Torah with it, then kiss the siddur. Sometimes there were people who would just observe the Torah come and pass them without feeling compelled to touch it at all.

In a Persian synagogue like Nessah, things are different. It’s messy.

Men and women sit separately — and of course when I attended as a child, I sat in the women’s section with my grandmother and her sisters. Aside from my grandmother, who taught me how to pray, most of the women, including my own mother, were illiterate in Hebrew. They would spend most of services kibbitzing, as the Ashkenazim would call it. They would swap stories about members of the community — who married who, who lost their job, who is fighting with whom. Kids hung around the women’s section, grabbing cookies from their grandmothers, running around, loudly declaring their boredom.

But there were always two moments in the service when everything got quiet. When Rabbi David Shofet, who founded the synagogue in 1980 amid a wave of Jewish immigration from Iran, gave his sermon — and when the Torah came out of the ark. No matter what we women were talking about or doing, we instantly shifted to prayer mode. Some of us kept our eyes shut, others of us would mutter under our breath. All of us had our hands wide open. That’s how I was taught to pray by my grandmother. When the ark opened, she told me, there was an almost direct link to God. Anything I wanted, anything I needed to say from the depths of my heart, at this moment God was listening.

And when it was time for the Torah to come around, people would storm toward it. People would touch it with their hands, then touch their hands to their eyes first, before kissing their hands. By placing their hands on the Torah first and then their eyes, I was taught, we are showing that the Torah is as precious as our eyes, the most precious part of our body, according to Persians. You would even hear grandmothers and mothers telling their kids and grandkids to charge towards the Torah, as if their favorite superhero had just arrived. “Bodo! Bodo Torah ro mach kon! — Go! Go run and kiss the Torah!” Now I am heartbroken imagining that same Torah desecrated on the ground.

Because our Torah was desecrated, Rab Shofet has called on us to declare this Thursday, Dec. 19, a fast day, to pray and to read psalms. It is a tradition to fast when a Torah falls to the ground, but his call also reminds me of the Persian story of Esther that we read during Purim. In it, Esther charges us to fast and pray when the lives of Jews are in danger. In our tradition, in precarious times, when we are not sure how to make meaning of what the future might bring, we take a moment for prayer, to open our hands and arms up wide toward God. Sometimes we do this to mourn what has already taken place. But sometimes we do it because we know it could have been much worse.

Family and friends back home have expressed over and over again how thankful they are that this happened in the middle of the night, when no one was at the synagogue, and how relieved they are that no one was hurt.

We fast not only in mourning of our Torah that has fallen, but in gratitude that we are still standing.

We fast and pray in our darkest hour, as a symbol of our faith that no matter what, we will always pick up the broken pieces and continue our lives. As the name of Nessah Synagogue reminds us, “Netzah Yisrael lo yishaker — The Eternal One of Israel does not lie,” (1 Samuel 15:29). In other words, the people of Israel are eternal, because God will never abandon us. 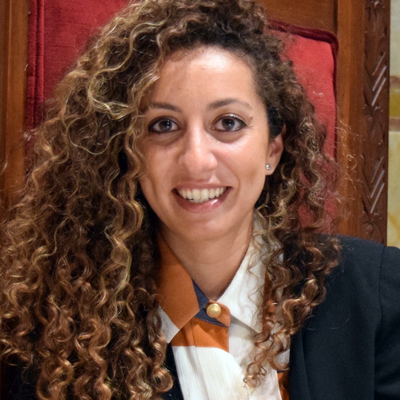 Rabbi Tarlan Rabizadeh is the Jewish Emergent Network fellow at The Kitchen in San Francisco.